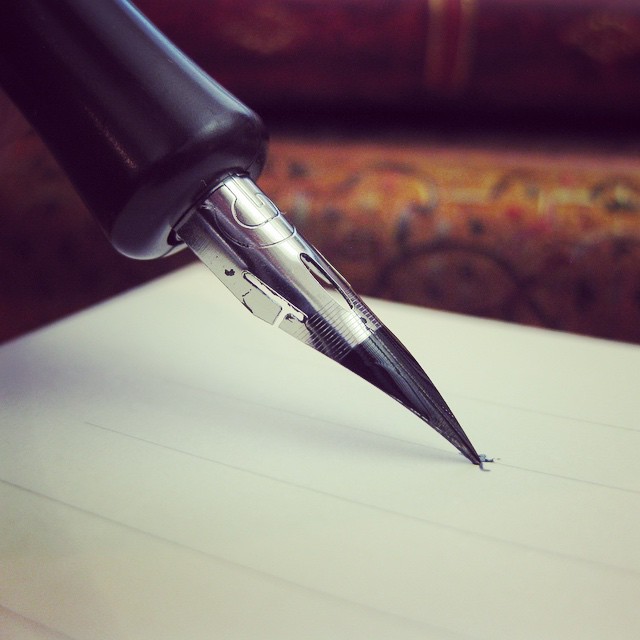 George Orwell is widely regarded as a literary pioneer, and for good reason. His keen awareness of social injustice and opposition to totalitarianism, largely inspired by the time he spent in Burma as an English soldier and policeman, have made his works like Burmese Days, Animal Farm and 1984 some of the most continually read and cited works of the twentieth century. Beyond giving the world the term “Orwellian” to describe any sort of dystopic societal situation, George Orwell has inspired generations of authors with his insights into the craft of writing.

In a recent post, we touched on the popularity of #WhyIWrite and Orwell’s influence on the conversation (see Writing Wednesday: 4 Takeaways from Following #WhyIWrite on Twitter for more), but its not just in fleeting social media posts that we others following in his footsteps. Possibly inspired by Orwell’s 1946 essay, “Politics and the English Language,” countless other contemporary authors have taken to publishing their own thoughts on the craft of writing and giving their advice through official literary channels. If you’re looking for help on learning the “rules” of writing, we highly recommend checking out what the following authors have had to say.

This article is filled with fabulous and still-provocative insights, but the standout piece of advice has to be this:

“I think the following rules will cover most cases:

(i) Never use a metaphor, simile or other figure of speech which you are used to seeing in print.
(ii) Never use a long word where a short one will do.
(iii) If it is possible to cut a word out, always cut it out.
(iv) Never use the passive where you can use the active.
(v) Never use a foreign phrase, a scientific word or a jargon word if you can think of an everyday English equivalent.
(vi) Break any of these rules sooner than say anything outright barbarous.”

Kurt Vonnegut, “How to Write With Style”

In his 1981 short story collection Palm Sunday, Kurt Vonnegut devotes a great deal of space to unpacking his own writing and attempting to provide advice based on what he had learned throughout the years. Of course, he later goes on to grade his entire œuvre and only gives this book a “C,” so take that as you will (perhaps he should have followed his own advice to keep things simple).

Here are some of his choicest pieces of advice from the essay “How to Write With Style,” an early chapter in the book.

“As for your use of language: Remember that two great masters of our language, William Shakespeare and James Joyce, wrote sentences which were almost childlike when their subjects were most profound.”

“Your rule might be this: If a sentence, no matter how excellent, does not illuminate my subject in some new and useful way, scratch it out.”

“Never include a sentence which does not either remark on a character or advance the action.”

Canada’s first poet laureate, George Bowering has a decades- and genre-spanning career many authors would kill for, yet he remains largely unheralded even in our own country. Which is a shame, because he has some interesting ideas and insights to share, especially for those suffering from writer’s block or an inability to communicate with “the muse.” In his 2010 “Alphabet Book,” Horizontal Surfaces, Bowering goes through the alphabet, covering various aspects of the writing process from “Accessible” to “West.” With short, one- to two-page chapters, Bowering’s recollections and advice range greatly from the hilarious to the truly introspective. One of the more thought-provoking chapters for fellow writers includes “Inspiration,” which offers up the following piece of advice.

“It’s simple, I know, but I have always kept it in mind that inspiration means breathing into, or perhaps breathing in, an inhalation… I like to read poetry that sounds as if it comes from a writer attentive to her own specific physical circumstance, while equally attentive to the outside world, where the air comes from. I don’t wait for a muse to give mouth-to-mouth wind, but I need some source out there to prevent the carbon dioxide of ego-driven poetry.”

What’s the best piece of writing you’ve ever come across when reading the work of an author you admire?

Alicia Martin’s 5,000 Books Pour Out of a Building in Spain

Paperblanks Team - March 28, 2013 0
Alicia Martin, an artist based in Spain, transforms thousands of disused books into tumultuous towers that pour out of windows. The massive sculptural works...