Endpaper: The Paperblanks Blog
Home Our Products Take a Trip on H.G. Wells’ Time Machine with This New Special... 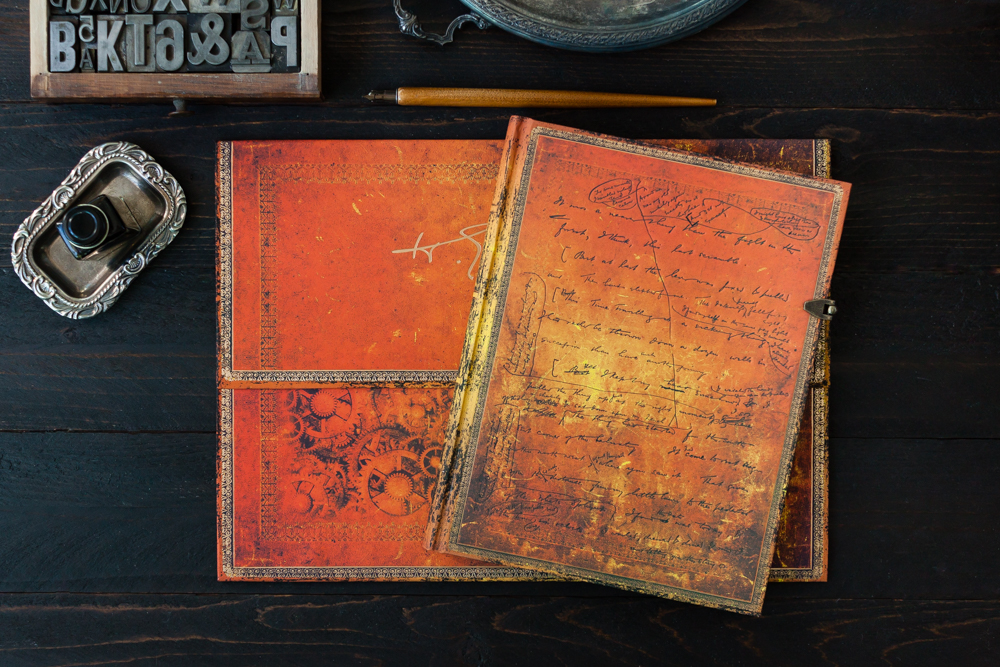 A prolific writer of many genres, H.G. Wells (1866–1946) wasn’t just a science fiction pioneer, but a futurist whose visions for our future have had a great impact on our modern world.

His writing career began with short humour articles before he published his first novel, The Time Machine, in 1895. This work was an instant and massive success and is featured on these new Special Edition products.

Wells quickly turned out other classics of the genre, including The Island of Doctor Moreau (1896), The Invisible Man (1897) and The War of the Worlds (1898). True to his futurist self, he also explored new media for his storytelling, including working on Hollywood films and the famous Orson Welles radio broadcast of The War of the Worlds.

As a celebration of his life and legacy on the 75th anniversary of his death, we are honoured to bring his handwritten The Time Machine manuscript, currently in the Rare Book & Manuscript Library at the University of Illinois, to our Paperblanks collection.

Paperblanks Team - April 23, 2013 0
Today we have another entry in our Paperblanks Traveller series, where we publish photos sent to us from travelers all over the world. The...