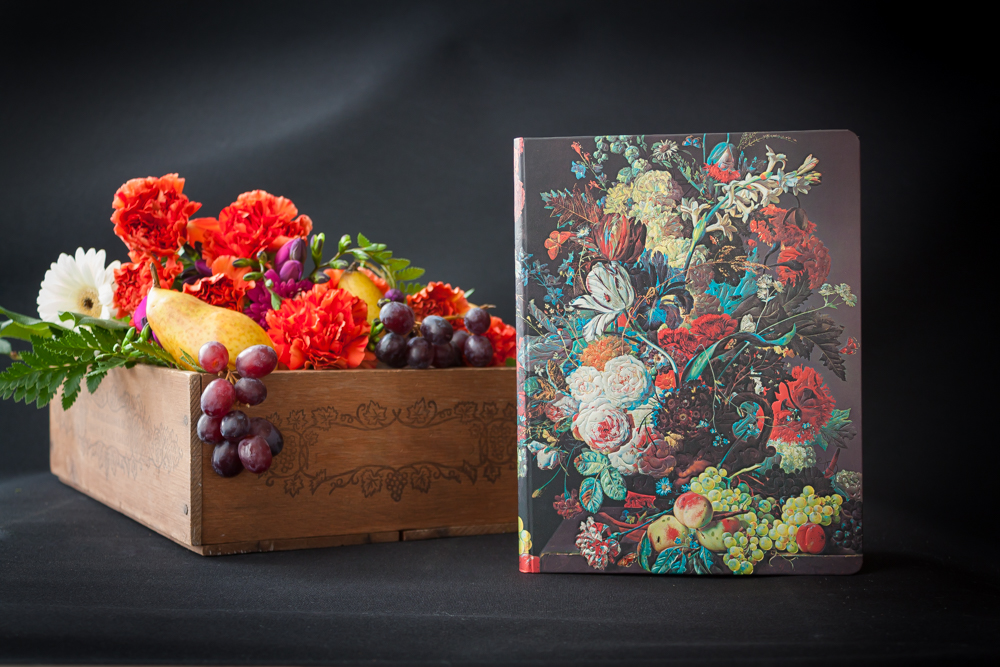 Our new Still Life Burst cover is based on a painting by Jan van Huysum (1682–1749) that seems to burst off the canvas. A seduction of the eye and a jolt of passion for the soul, Van Huysum’s “still life” is anything but static. Instead, vibrant colours and details entice you to look closer.

Van Huysum is perhaps the greatest master of that most revered subject in the Dutch artistic canon: the flower. Flower arranging as a formal art form was first perfected by the Dutch, as arrangements were used to adorn the tables and homes of the wealthiest families. And once flower arranging became au courant, it was only natural that painting of these elaborate arrangements should follow – and the still-life painting was born. 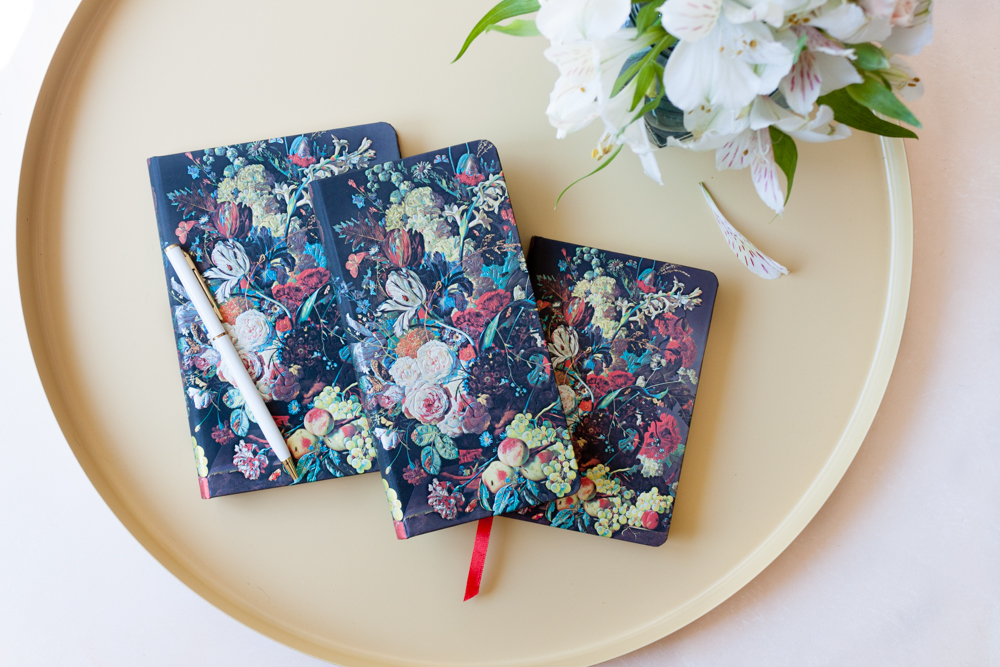 Dutch still-life painting represents the pinnacle of the form and nowhere is it on such magnificent display as in this, Van Huysum’s Still Life with Flowers and Fruit. Completed around 1715, this masterful oil on panel is now held at the National Gallery of Art in Washington, USA. It has been admired for centuries for its tightly packed blooms and abundant fruits and vegetation, all of which Van Huysum painted in his signature combination of calculated observation and unparalleled imagination. He was unwaveringly strict about painting flowers as they truly were, and so would paint only that which was in season – using his incredible imagination to picture them all coming together in a bouquet such as this. In fact, in a 1742 letter he wrote to a patron, Van Huysum had to explain that a particular work was delayed because it contained a yellow rose, and he could not complete the piece until the rose blossomed the following spring. 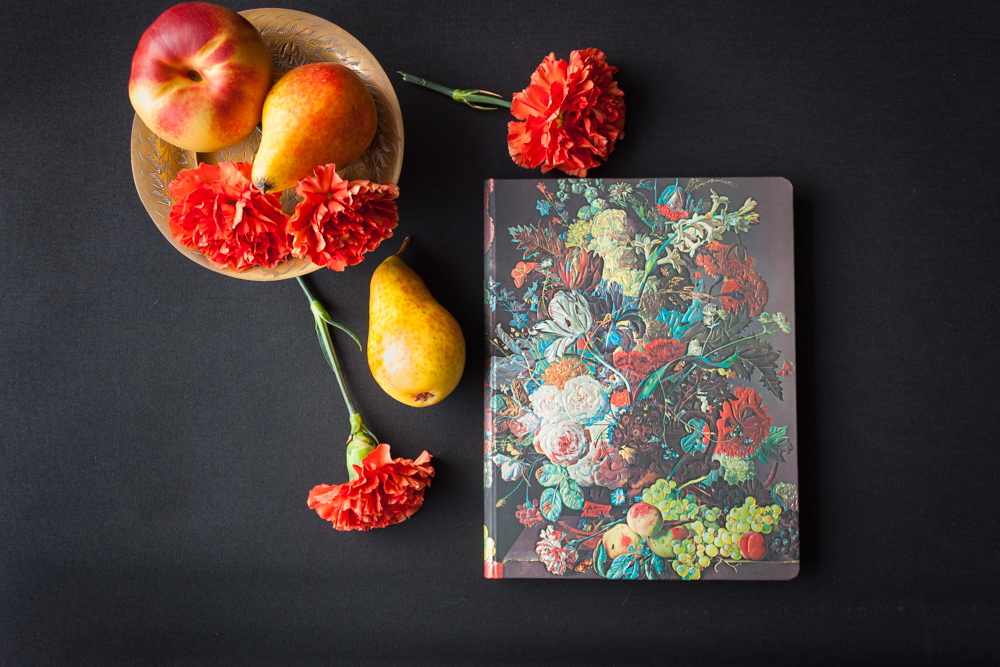 Taught in the arts by his father, Justus van Huysum the Elder (also a flower painter), Van Husyum was notoriously private about his creative process. He would allow no one in his workshop, lest they learn the secrets of how he created and applied his colours. In fact, the one time he did allow a student, Margareta Haverman, into his workshop, the mentorship ended abruptly when she became deceptively adept at copying his style. Like the flowers he painted to such effect, his artistic process was fascinating to others but resisted full understanding in its brazen-hued showiness.

We hope this new Still Life Burst journal, featuring Van Huysum’s work, will inspire your own creativity to burst off the page.

Paperblanks Team - August 17, 2012 0
As our readers know we've made a business out of taking a very functional thing and turning it into an art object (In fact,...