Endpaper: The Paperblanks Blog
Home Creativity & Inspiration The 10 Most Infamous Literary Hoaxes of All Time 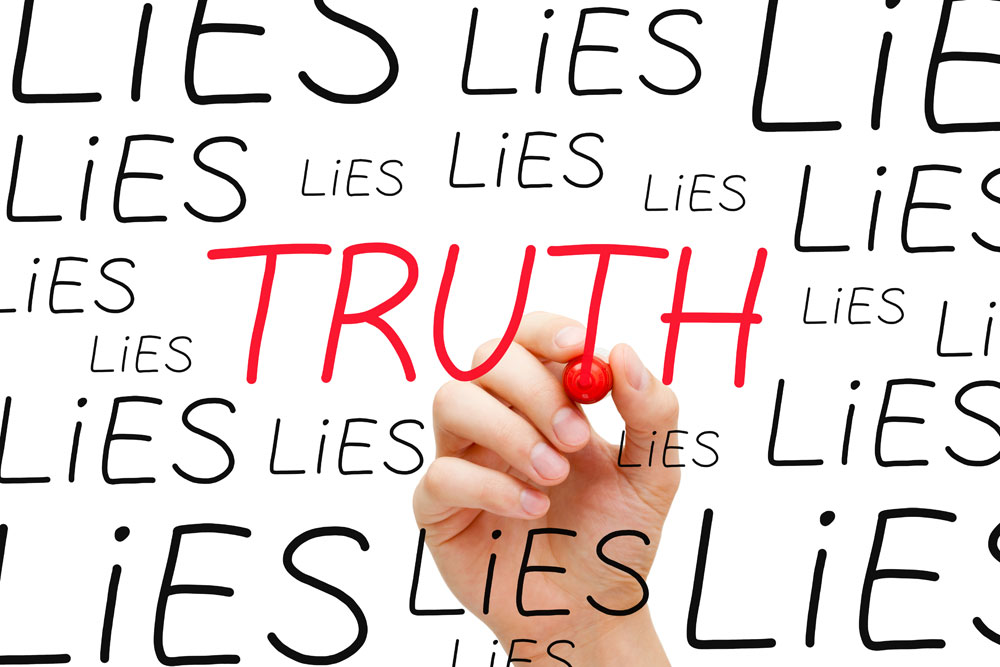 It’s the first day of April, meaning we had all better be extra vigilant about stories that seem too good, or absurd, to be true. In honour of this day of fools (and fooling), we’ve compiled a list of the ten most infamous literary hoaxes of all time as a healthy reminder that just because something’s published, doesn’t mean it’s true.

1) “The Protocols of the Elders of Zion”

One of the most enduring literary hoaxes is, sadly, one of the most detrimental. “The Protocols of the Elders of Zion” was published and distributed under the guise of being written by a secret cabal of Jewish financiers who were plotting to take over the world. When American automobile leader Henry Ford found out about this “plot,” he railed against it in his personal newsletter, and the harmful piece of literature quickly spread amongst anti-Semitic fringe groups. Despite the fact that the document was found to be a hoax written in Russia in 1921, the conspiracy theories laid out in it continue to encourage closed-minded groups and individuals in their intolerance.

If true, the “Donation of Constantine” would be an inspiring account of how Constantine the Great magically recovered from leprosy after being baptised, and of how he rewarded Pope Sylvester I for this miracle by giving honourary emperor rights to the pontiff. In reality, this document, which surfaced between 750 and 850 AD, was denounced by a Latin scholar in 1440 as being written by a forger looking to shake up the religious world.

Newly discovered antique texts and documents never fail to catch the eye of the literary world. So when the teenaged writer Thomas Chatterton was having trouble getting his medieval-inspired poetry published in 1769, he decided to create a bit of mystique by crediting his work to a fifteenth-century monk named Thomas Rowley. Unlike many hoaxes, this didn’t go uncovered for long, and Chatterton killed himself after being found out, just shy of his eighteenth birthday. Sadly, his suicide gave his work the allure he could not achieve in his own life, and he earned literary immortality as the “marvellous boy” of the Romantic movement.

4) The Education of Little Tree

Asa Carter was a Ku Klux Klan member made famous for writing George Wallace’s notorious piece of hateful propaganda, “Segregation now, segregation tomorrow, segregation forever!” Forrest Carter is the author of The Education of Little Tree, a 1976 memoir of an orphan growing up with his Cherokee grandparents. Imagine the world’s surprise, and revulsion, when the “Native American” author of this commercially and critically successful book was revealed in 1991 to actually be the white supremacist Carter. Despite the revelation forcing the book to be reclassified as a work of fiction, and the general unease over its authorship, the book remains a popular piece of literature and is still used in some classrooms to detail the lives and traditions of the Cherokee people.

One of the most recent examples of literary hoax is Oprah’s former favourite “memoir,” A Million Little Pieces. Written by James Frey, the book graphically and poignantly details his descent into addiction, time spent in jail and recovery through rehab. What should have been (and for a time, was) an inspirational tale of redemption quickly became a huge literary scandal after reporters at The Smoking Gun began looking into the details of Frey’s criminal record. Once that thread was pulled, showing that he actually spent about three hours in jail rather than eighty-seven days as his book claimed, his entire story unravelled and Oprah pushed him to publicly tell the truth on a special segment of her show. Despite the massive highs and lows of Frey’s 2006, his literary career has managed to bounce back and his 2008 novel, Bright Shiny Morning, was another New York Times bestseller.

6) James Macpherson, aka “The Bard Ossian”

Thomas Chatterton wasn’t the only eighteenth-century poet who tried to get his works noticed by attributing them to someone else. James Macpherson set the literary world on fire when he “translated” from Scottish Gaelic fragments of a third-century epic poem by the bard Ossian. While important figures like Goethe and Napoleon were immediate fans, some scholars, like the poet and essayist Samuel Johnson, were rightly skeptical. Unlike Chatterton, Macpherson wasn’t found out during his lifetime, and his 1760 publication earned him enough fame and respect that his appreciators, like James Bowell and Hugh Blair, raised a subscription to allow him to do further research into ancient Scottish verse.

When you curate an internationally regarded book club, as Oprah Winfrey does, the times you get scammed hit extra hard. James Frey’s A Million Little Pieces wasn’t the first time Oprah had fallen victim to a literary hoaxer, as she hailed Holocaust survivor Herman Rosenblat’s newspaper story “Angel at the Fence” as “the single great love story” she had ever heard. Unfortunately, Rosenblat’s tale of epic romance was just that, a tale. After appearing twice on Winfrey’s show talk to about how he met his wife, Roma, through the fence of the Buchenwald concentration camp, Rosenblat’s story was quickly picked apart by other survivors who insisted it would not have been possible for a civilian to get that close to the camp’s fence. Rosenblat eventually admitted the story was fabricated out of his honest attempt to “make good in this world,” but his admission didn’t stop the cancellation of the planned book and film adaptations of his story.

Perhaps the most in-depth and desperately defended literary hoax is the entire authorship and identity of JT LeRoy. Beginning in 2000 with the publication of Sarah, the legend of JT LeRoy is one of costumed characters, quality detective work and charges of fraud. In the early 2000s, a series of supposedly autobiographical books about life as a transgender HIV-positive prostitute, named JT LeRoy, was published. Despite earning countless fans and massive fame, JT was rarely seen in public and when he did appear he wore a blonde wig and huge sunglasses, a bit of a red flag. After years of suspicion that JT may not actually exist, author Stephen Beachy began following the threads of JT’s life and was always led back to Laura Albert, a forty-year-old woman. After Beachy published his article and suspicious findings, other writers began their own research and eventually the participants in the hoax began to turn on each other. In February 2006, Albert’s ex-husband Geoffrey Knoop admitted that the “jig is up” and it was actually his half sister, Savannah Knoop, under the wig. In 2007 a jury found Albert guilty of fraud, as she (as JT LeRoy) had accepted a deal with Antidote International Films to make a film about “his” life. Ordered to pay Antidote $116,500, Albert has since abandoned the JT LeRoy conceit and has continued to write under her own name.

In 1796 the newly uncovered Shakespeare play, Vortigern and Rowena, opened to a packed house. Found in a chest stuffed with Shakespearan treasures like love letters to Anne Hathaway, a missive to Elizabeth I, annotated volumes from his personal library and an early manuscript of King Lear, the discovery was seen as a literary miracle. Unfortunately, as is often the case when something seems too good to be true, the play (and all the accompanying documents) were proved by Edmond Malone to be forgeries, the works of the over-ambitious hoaxer William Ireland. Vortigern and Rowena closed after just one showing, and the talented but deceitful Ireland admitted he had produced the forgeries to please his father.

When someone deviates so far from the human spectrum of acceptable behaviour as Adolf Hitler did, the interest into his mind’s inner workings is great. Perhaps this is why the Hitler “diaries” were quickly accepted as fact after their “discovery” in the mid-1980s. However, once excerpts of the documents were shown to the public, skepticism about their origins rose quickly, as it was clear that not only did the handwriting not match other Hitler documents, but the content was created using modern materials. How the newspaper Stern, which announced the discovery and paid a great sum to journalist Gerd Heidemann for the documents, missed these inaccuracies during due diligence remains a mystery, but the fact that the diaries were forged by Heidemann and his accomplice, Konrad Kujau, is pure fact. Debunked soon after their publication, these poorly done forgeries led to the imprisonment of their creators.

5 Ways to Stay Mindful Over the Holidays

Paperblanks Team - December 12, 2019 0
As we head into the festive period it can be easy to get carried away with all the holiday activities, planning and prepping. It's...