A polarizing historical figure, Napoleon Bonaparte (1769–1821) is both feared and revered. For the 250th anniversary of his birth, we are honouring this French statesman and military leader with a new Special Edition journal.

Available only in select European markets, these Special Edition journals commemorate the 250th anniversary of Napoleon Bonaparte’s birth. Gracing the cover is a letter signed by General-in-Chief Bonaparte and dated “22 nivôse year 7” in the French Republican calendar (or January 11, 1799 on our calendar).

We have complemented this handwriting sample with one of the world’s most recognizable statues – Napoleon I silhouette created by Charles Émile Seurre (1798–1858). Today, the statue can be seen by visitors at the Musée de l’Armée in Paris, in the Court of Honour of the Hôtel des Invalides, which was built in 1670 by Louis XIV to welcome his former soldiers. 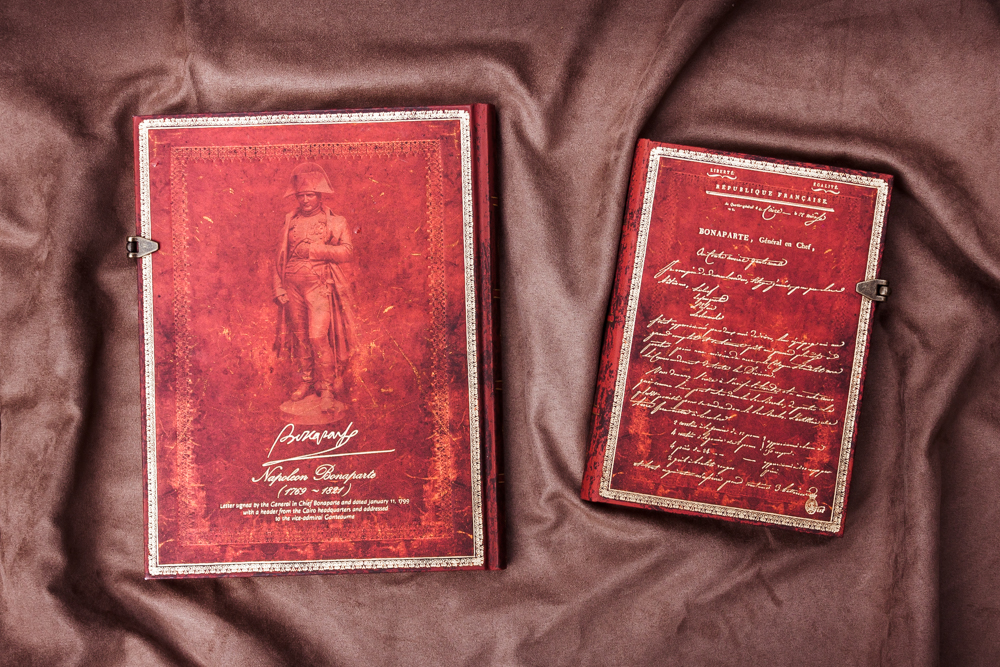 The Musée de l’Armée houses one of the richest military heritages in the world: royal armour and ancient weapons, uniforms, pieces of artillery, paintings and graphic works, emblems and decorations retrace France’s military history as well as its most influential figures (including Louis XIV, Napoleon I and General de Gaulle) from the Middle Ages to present. Museum but also necropolis of French military glories, the Musée de l’Armée ensures the conservation of the Church of Saint-Louis des Invalides, which, under its prestigious dome, shelters the tomb of Napoleon I. 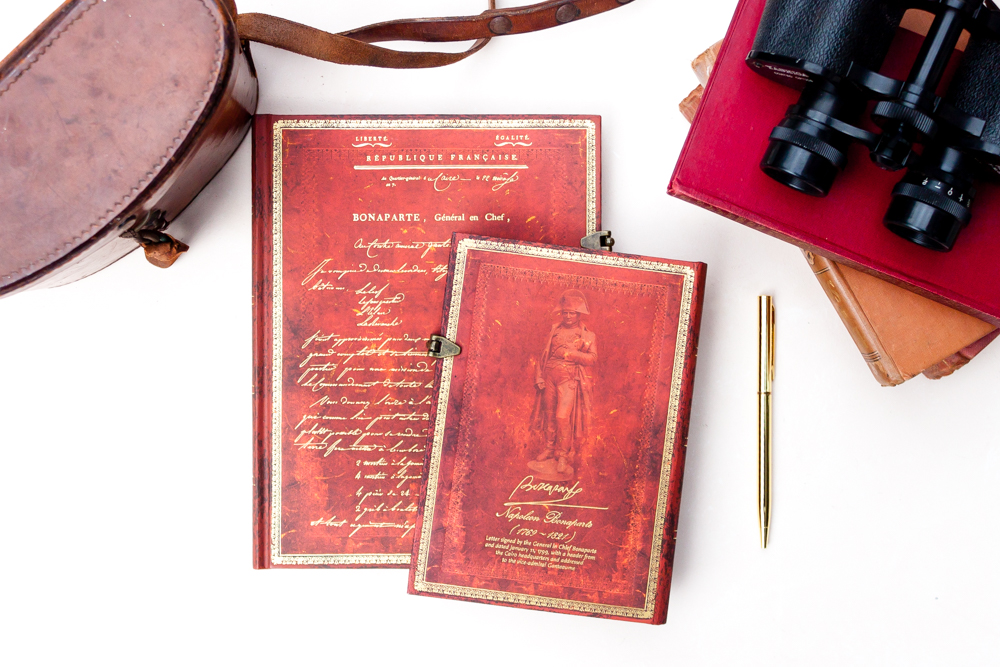 Robyn @ Paperblanks - July 14, 2016 0
Le Gascon Mystique Our cover design reproducing a binding attributed to Le Gascon Rather than a history lesson, think of this post as a wish list...