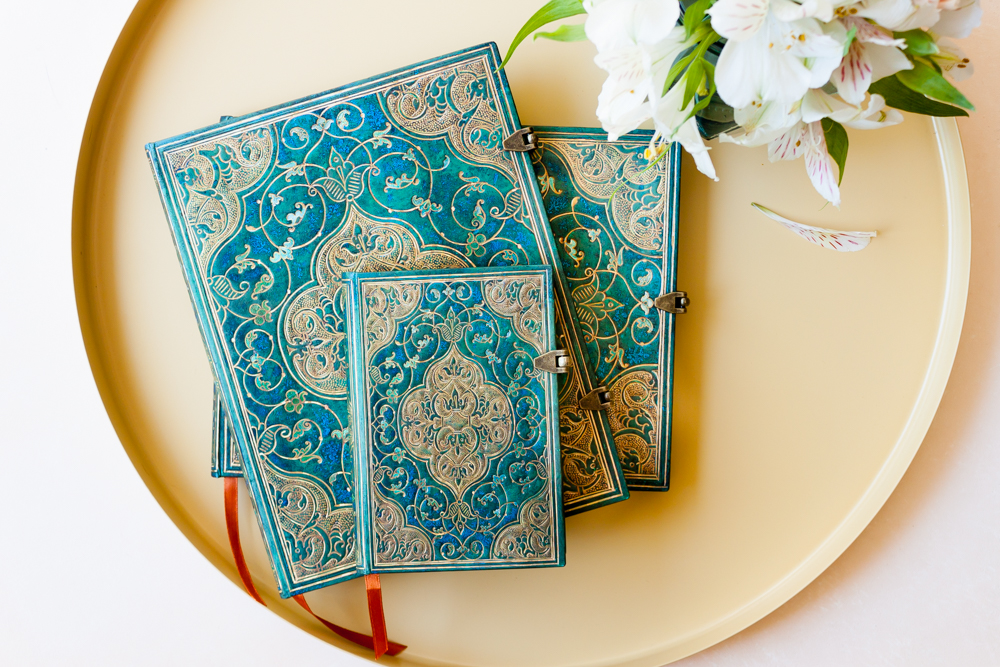 Our new Turquoise Chronicles design is inspired by an elaborately decorated book cover crafted during a key point in the evolution of European bookbinding. 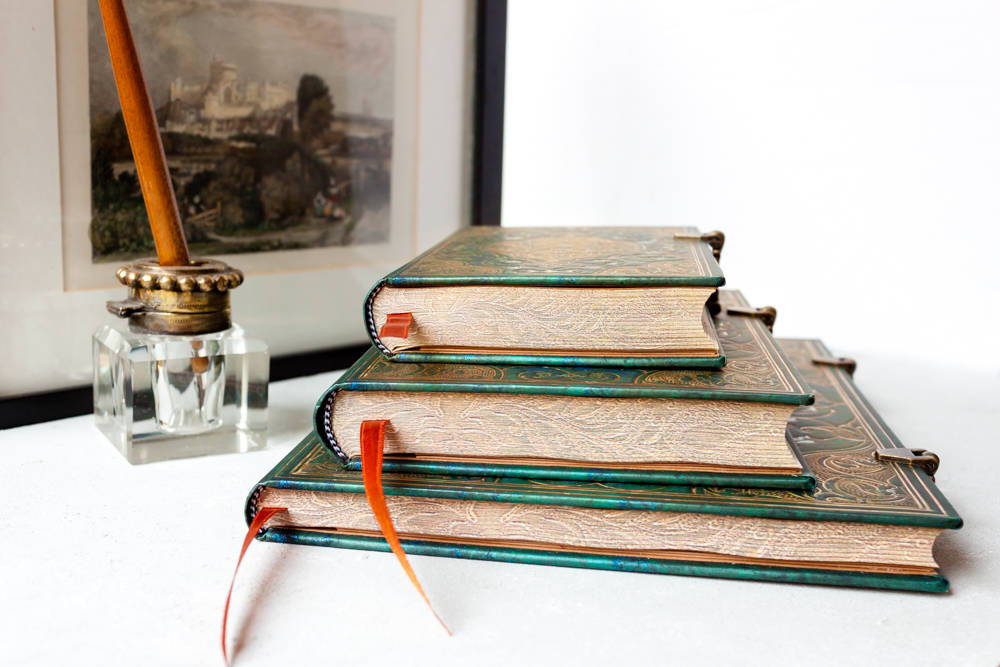 The original design hails from the Salel Binder in Paris, who created it for a work titled Chroniques. The book was published in the early 16th century, when Paris was a flourishing centre of the publishing trade. The city’s reputation was second only to that of Venice, which was spearheading the Renaissance movement and looked to by the rest of Europe for artistic ideas and influences. It was at this time that the gold tooling technique arrived in France from the Islamic realm, where it had originally developed. Combined with the French king’s generous patronage of the arts, this ushered in an age of superb French book binding. 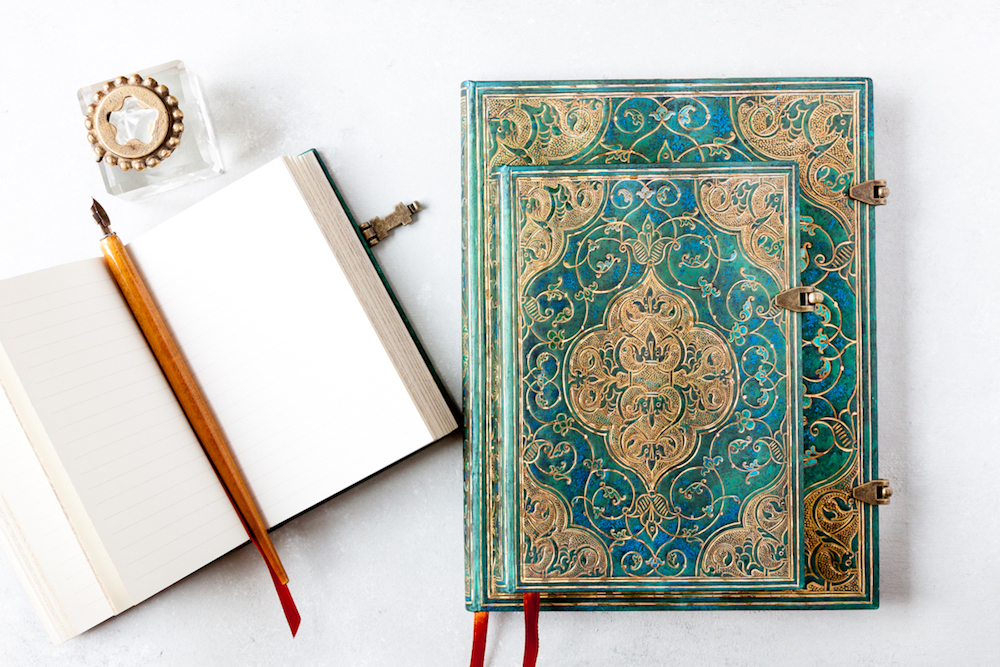 Turquoise Chronicles features an especially fine example of early 16th-century French gold tooling. Formed in a graceful, flowing ornament of interlaced arabesques and delicate dots, it shows hints of its Eastern influences and of the decorative styles that would soon emerge in the ateliers of other French binders. To bring out the details of the original pattern on our cover design, we contrasted the gold with a jewel-like turquoise background. 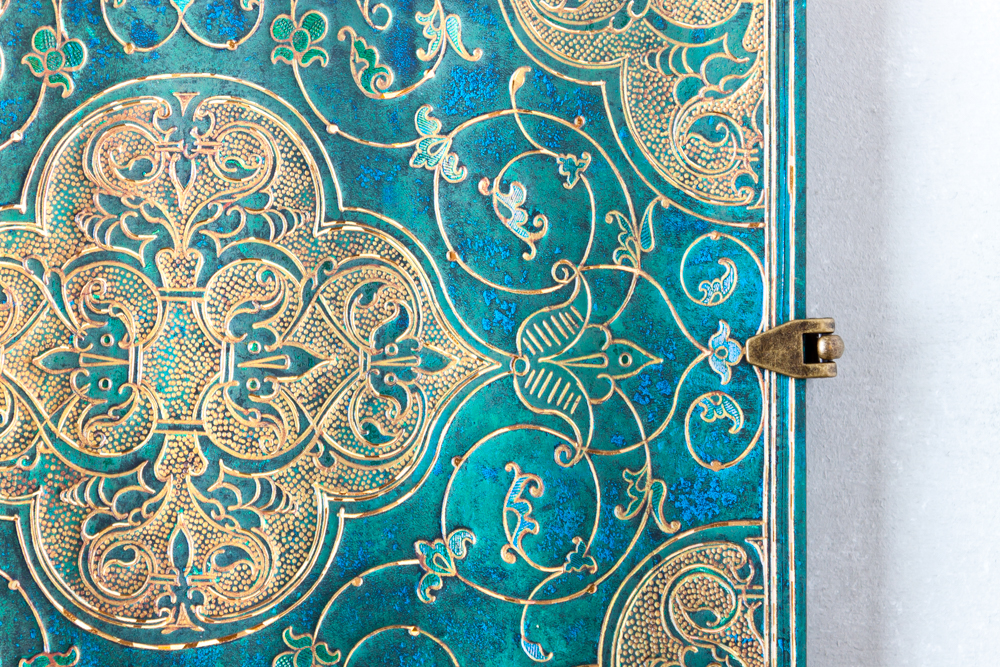 We are thankful to the British Library for sharing this magnificent work from their Davis Collection with us.

30 Artists We’ve Featured on Our Covers

Robyn @ Paperblanks - April 2, 2022 1
As part of our 30th anniversary celebrations, we’re taking a deep dive through our archives to share our evolution over the past three decades....