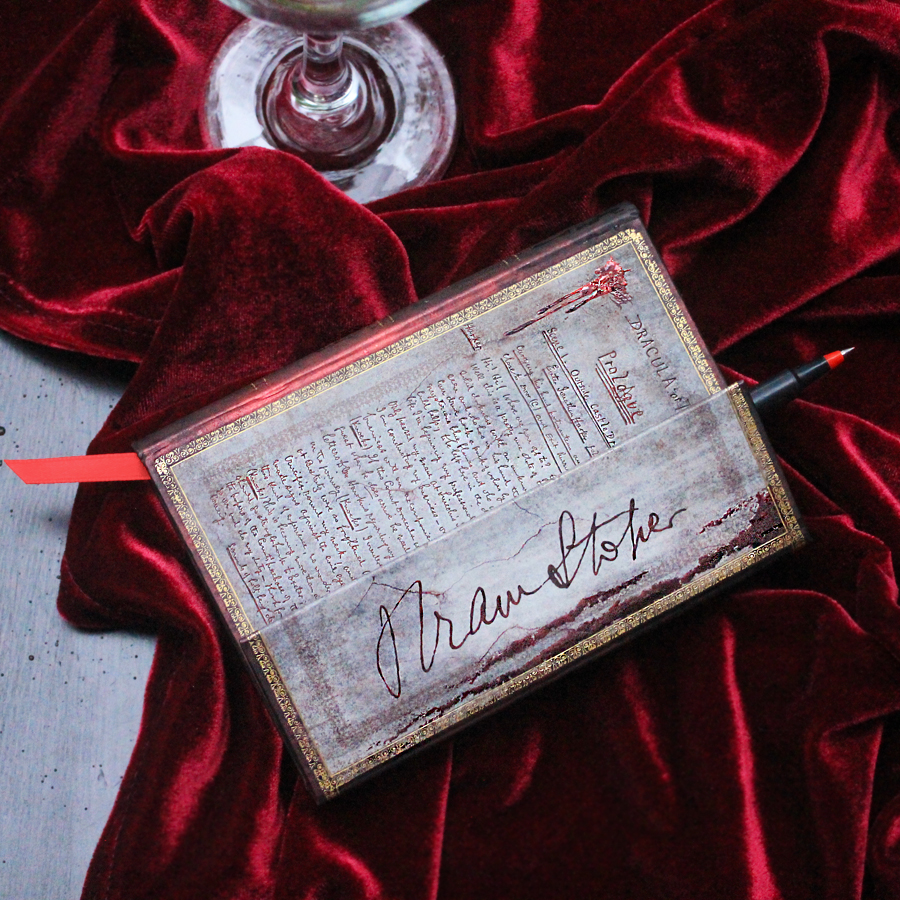 In honour of the great horror classic Dracula, we offer our Bram Stoker Embellished Manuscript. Not only is Dracula one of the most famous works in any genre, it is the inspiration for countless dark descendants that have followed. Our Bram Stoker, Dracula cover features a page from the original 1897 playscript that Stoker adapted from his famed novel.

Bram Stoker (1847–1912) was an Irish author who, during his lifetime, was best known for being the personal assistant to actor Henry Irving and the manager of the famed Lyceum Theatre in London. He was also a respected theatre critic and a personal friend to Oscar Wilde. Of course, today we remember him as the author of not only Dracula but other horror novels like The Lady of the Shroud (1909) and The Lair of the White Worm (1911).

After suffering from a mysterious illness throughout his childhood, Stoker lived his adult life to the fullest – excelling in athletics, mathematics and philosophy. But it was an 1890 visit to the English town of Whitby that would prove most influential on his life’s work, as it became the original inspiration for Dracula. After being enthralled by the dark stories of the Carpathian mountains that his acquaintance Ármin Vámbéry, a Hungarian writer and traveller, regaled him with, Stoker set out to research European folklore. Combining these vampire fables with his remembrance of Whitby, Stoker built the gothic world of Count Dracula.

Though most celebrated for writing his epistolary novel Dracula, Stoker was a theatre fan first and foremost. He became interested in theatre while studying under his friend Dr. Maunsell, who encouraged him to write reviews for the Dublin Evening Mail. The quality of his reviews attracted notice within the theatre community, leading to his friendship with Henry Irving. Soon he moved to London where he became the manager of Irving’s Lyceum Theatre, a post he held for twenty-seven years. 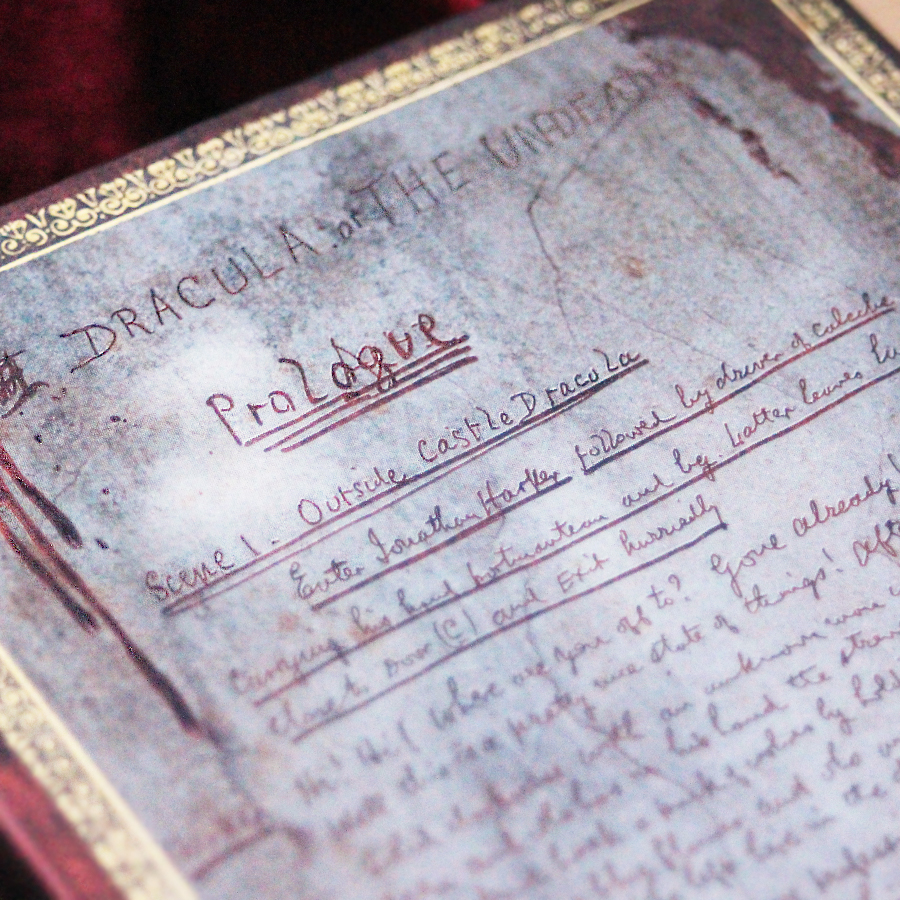 With his life so fully engrossed in theatre, there’s little surprise that Stoker decided to bring his work to the stage. In 1897 he submitted the script for the theatrical version of Dracula for approval and licensing, with the first performance held May 18th of that year. Our cover shows a piece of the Preface from the galley proof for the play. At the time the title of the work was in flux: it was to be called either Dracula or The Undead. The play itself stayed close to the gothic novel, but the author pared away material from the narrative to make it more visual.

After suffering a number of strokes, Stoker died at the age of sixty-four, but his legacy carries on through his writing and the works it has inspired.

Take a Trip to Canada’s Maritimes with Our New Anne of...

Robyn @ Paperblanks - April 4, 2018 0
As soon as it was published in 1908, Lucy Maud Montgomery’s Anne of Green Gables, the first of eight stories about Anne Shirley, found...