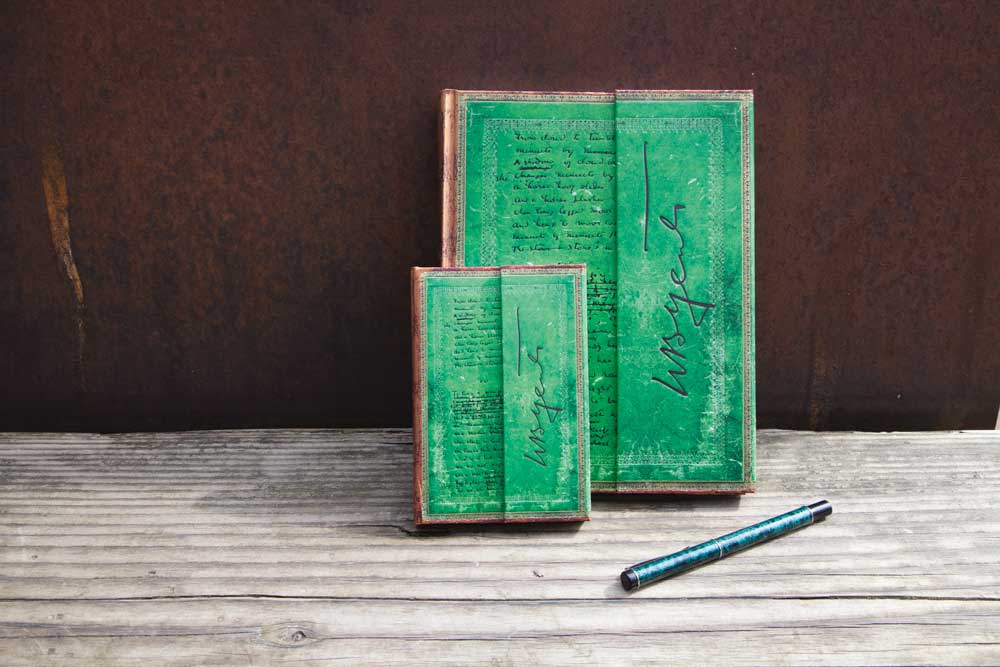 We honour the genius of William Butler Yeats (1865–1939) and his masterful and devastating poem “Easter, 1916” in this journal emblazoned with his handwriting.

“Easter, 1916” is a powerful expression of Yeats coming to terms with the tragic events of the Easter Rising rebellion staged in Ireland in 1916. When the uprising failed and the leaders were executed for treason, public opinion swung from anger or ambivalence toward the “Volunteers” who led the rebellion to passionate Irish nationalism.

Yeats was a committed nationalist and standard-bearer for Ireland’s literary and cultural identity, but in the poem he admits that he had maintained a certain distance from the revolutionary movement. Like many in Ireland, he was horrified and forever changed by the event. These feelings are summed up by the lines “All changed, changed utterly: A terrible beauty is born.”

One of the most influential of the modernist poets and a towering figure in twentieth-century literature, Yeats was also a Nobel Prize winner and a founder of the famed Abbey Theatre.

Andrea @ Paperblanks - December 2, 2021 0
We hope you are as excited as we are about the recent launch of our washi tape collection. Our unique designs with details of metallic...