Endpaper: The Paperblanks Blog
Home Our Products J.S. Bach is the Latest Composer to Join Our Embellished Manuscripts Collection

This fall, we are bringing our first journal featuring the work of J.S. Bach to the Paperblanks collection. And given the fact that it has been a while since we last welcomed a composer to our Embellished Manuscripts Collection, we are especially pleased to introduce our Bach, Cantata BWV 112 design. 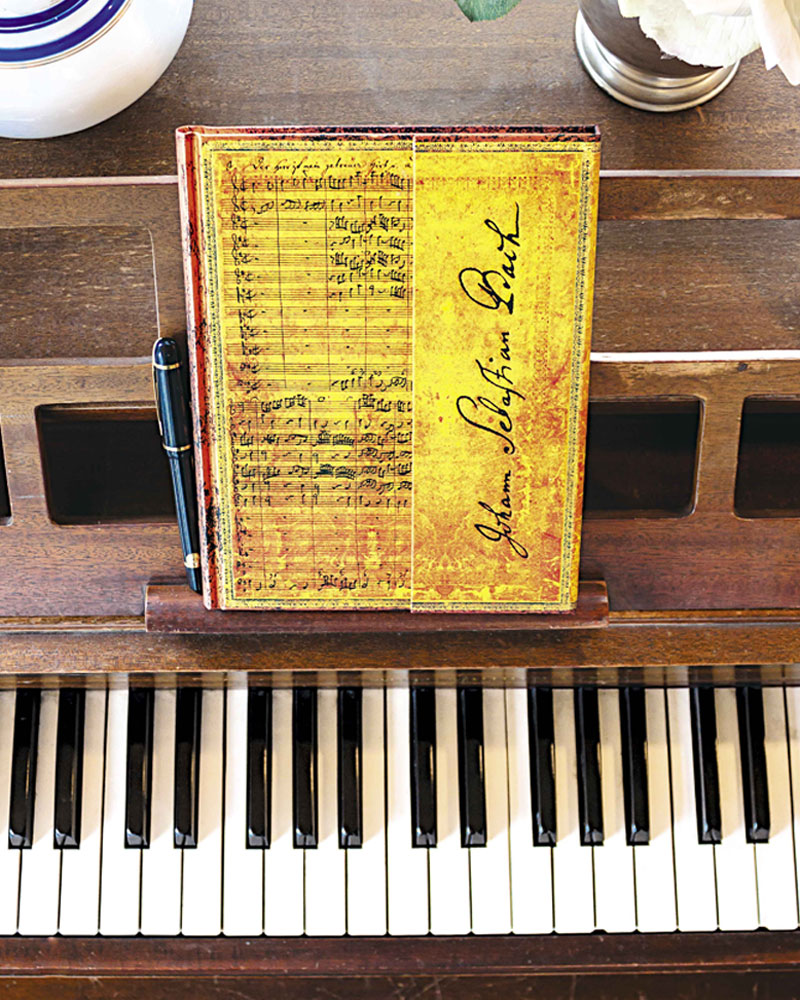 Johann Sebastian Bach (1685–1750) was the genius who inspired geniuses. Sometimes referred to as “the father of all music,” Bach was more famous as an organist than as a composer in his time, but his influence on the most important composers in classical music, including Mozart, Beethoven and Chopin, make him a star around whom many great luminaries orbit.

Bach did not create new forms, but instead took existing forms to new heights. He is revered for his exquisite technique and handling of harmonic and motivic organisation, as well as the intellectual rigour, technical virtuosity and beauty of his compositions. A student described the precision and perfection of the music he composed, both secular and sacred, as being a sort of “musical science.”

Displayed on our journal cover is his composition for Cantata BWV 112, first performed in 1731 in Leipzig. The text from the Twenty-third Psalm reflects Bach’s devotion to the Lutheran liturgy, and the golden yellow background of our design suggests the flickering candlelight by which Bach would have composed this famed work.

Paperblanks Team - November 17, 2011 8
Philanthropy has always been a core part of the Paperblanks company ethos. Our Social Commitment blog series covers the organizations we support who are doing tangible work at a community level.