If you have found your way here (a blog by a journal-producing publishing company), we can assume you like books. Whether for journalling, creative writing or reading the works of others, books are a fundamental part of our society and a key way that we learn about ourselves and our place in the world.

So, imagine now a world without books.

Pretty scary, right? Obviously, that world did exist at one time, and today we have a few key inventions and individuals to thank for getting us out of those dark times. These are seven of the most important first steps in the development of books as we know them, from the first alphabet to the invention of the printing press.

Alphabetic writing first emerged in ancient Egypt where people would write on papyrus, a common plant growing along the Nile. At first the words ran together with no spaces or punctuation (in a style known as scriptura continua), but this remains the earliest evidence of the written word.

Today’s tech tablets are not actually that far removed from the clay and wax versions of the late Bronze and early Iron Ages. These tablets were physically robust mediums for writings, that were more durable than papyrus and thus suitable for transport. And it is no coincidence that people today often use an instrument called a “stylus” with their tablets – in this era of writing a stylus was a small tool used to mark up the clay and wax!

Wax tablets improved upon the original clay versions. Writers of this era coated pieces of wood in warm wax which, when dried, was the ideal medium for making impressions. The biggest advantage wax had over clay, though, was that it could be “erased” by melting it down and then reformed into a blank canvas. The Romans were the first to truly appreciate the potential of wax and wood tablets, when they began binding them together into a pugillares (notebook). History would suggest that these wood blocks were the original bound books, especially since the Romans referred to their books as codex (or codices), which stems from their word for “tree trunk.”

For more on this, check out our post Wax Tablets: The Middle Ages “Notebook”! 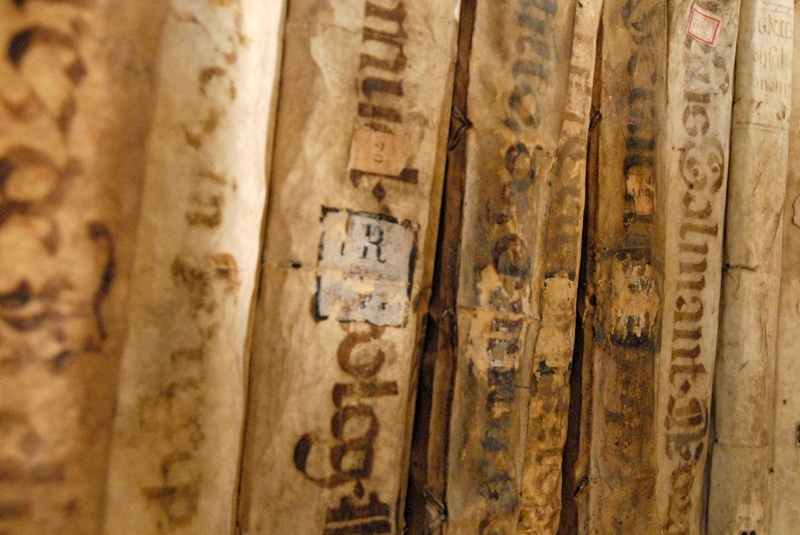 Papyrus experienced a resurgence by the time of the Egyptian Fifth Dynasty when it was discovered that sheets of the material could be glued together to form a scroll. The first evidence of this is the account books of King Neferirkare Kakai, the Dynasty’s third ruler.

From Egypt, papyrus as a writing material made its way to the Phoenicians, who then brought it to Greece around the 10th or 9th century BCE. The name of the Phoenician port from which they first received papyrus? Byblos. From there, it is easy to see why the Greeks called these early books biblos, and the root of words such as bibliography and bibliophile was born!

The ancient Egyptians had wax and wood “notebooks,” but the Romans were the first to create bound books from paper (papyrus). By the 2nd century, this type of codex was the preferred writing tool among early Christians. Some writers, such as Julius Caesar, also turned to parchment (crafted from animal skin) as their primary medium, folding and binding it together into a book known as a pugillares membranei. 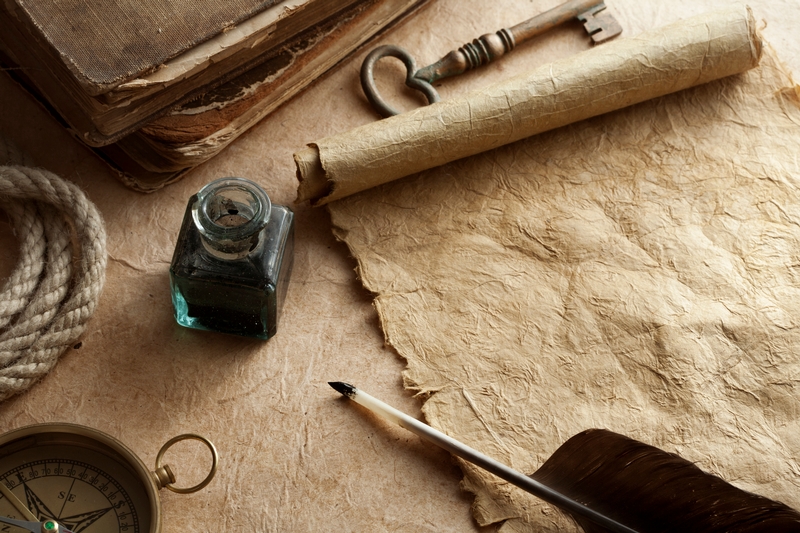 When an empire falls, all too often its scientific and artistic advances are taken with it. When the Roman Empire began to decline, relations with Egypt cooled and papyrus became too difficult to obtain. This left parchment, a centuries-old medium, as the main writing material. Not all was lost, though, as parchment is actually far more durable a material and so many of the great manuscripts written on it during the subsequent centuries have managed to survive to this day. Libraries began to form and, though manuscripts still had to be copied by hand, book collections grew.

Once parchment manuscripts took over the writing world, things remained much the same until the Chinese inventor Bi Sheng made the first moveable type around 1045. Though no examples of his earthenware printing survive, his invention was the first step in a long process that finally led to Johannes Gutenberg’s printing press. 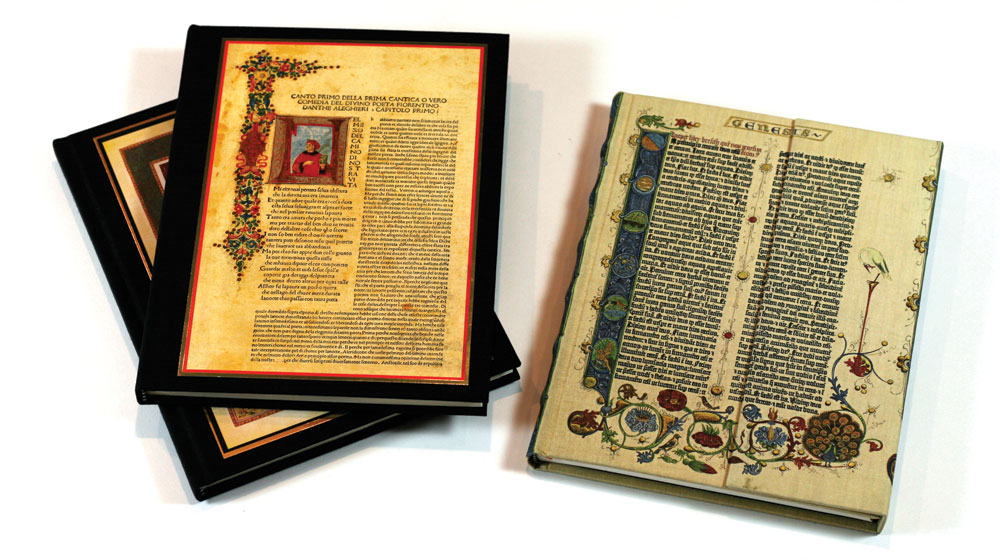 Around 1440 Johannes Gutenberg perfected and officially unveiled the invention that would revolutionise the book industry: the printing press. Between Bi Sheng’s first moveable type and Gutenberg’s machine, there was still no way to produce texts on a mass scale and painstakingly handwritten manuscripts continued to be the norm. But by calling on his knowledge of metals and his skillful craftsmanship, Gutenberg created a way to cast individual letters in large quantities, allowing unique manuscripts to be replicated.

Countless innovations and updates to this first printing press have been made in the years since. But without these first seven steps, we may still be living in that sad world devoid of the written word.

Paperblanks Team - July 11, 2013 0
Nina Katchadourian's Sorted Books project involves grouping clusters of books together so that the titles can be read in a sequence to reveal a...