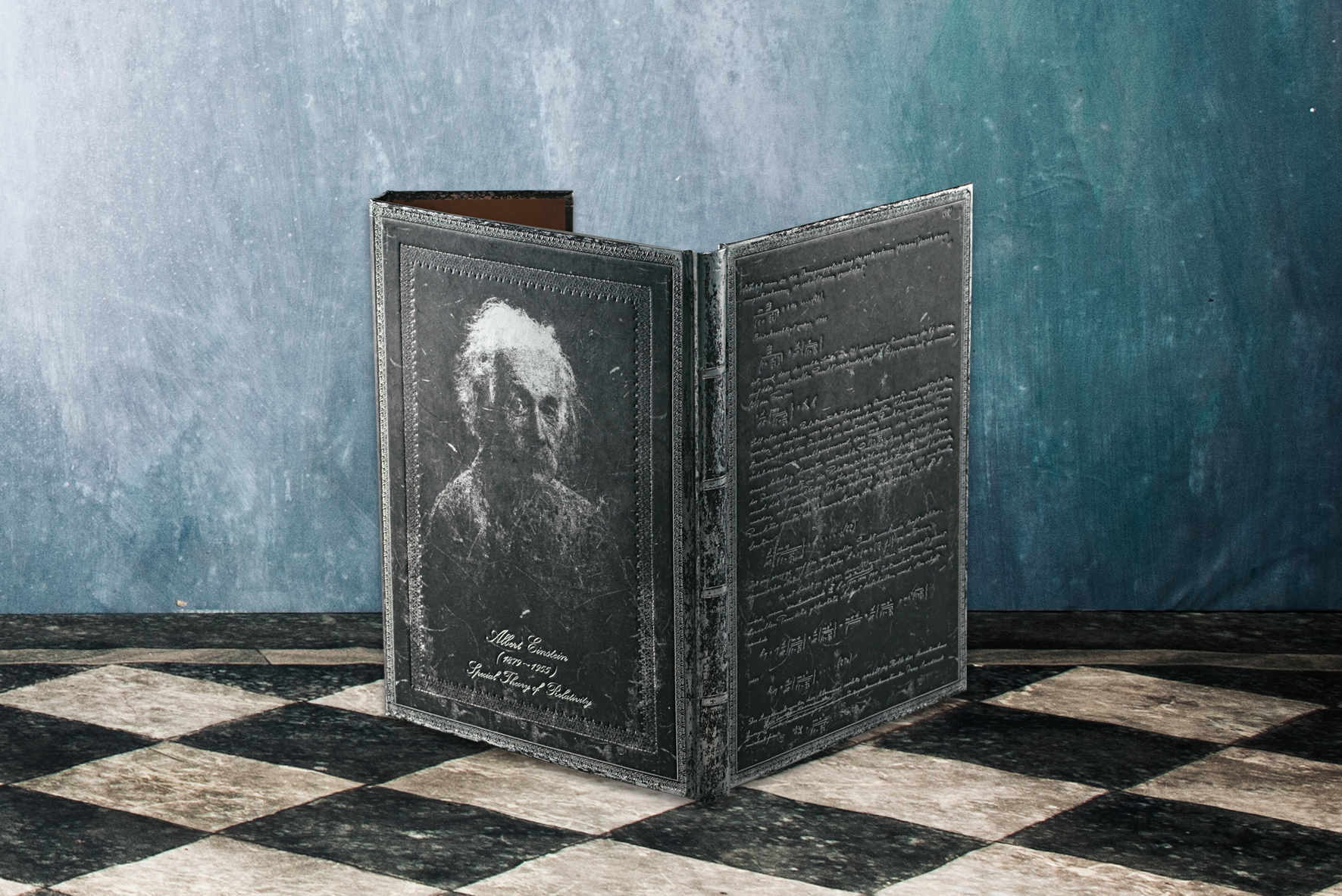 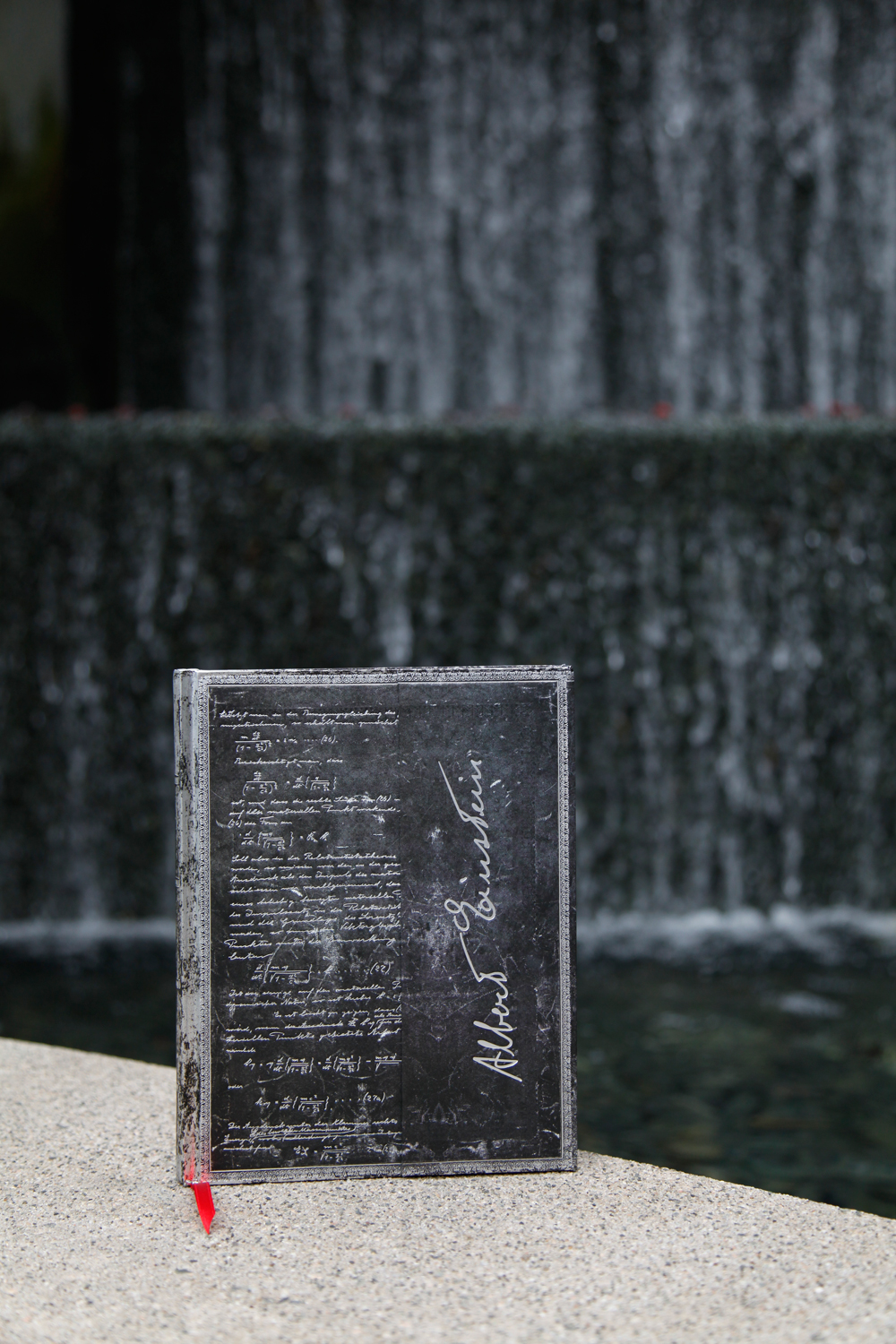 New to our Embellished Manuscripts Collection, the Albert Einstein journal is special not only for the handwritten notes that adorn the front cover but also for the sketch of Einstein on the back. While our Embellished Manuscripts most often feature works by famous writers and artists, the inclusion of Albert Einstein proves that, by re-inventing our understanding of the world, this small, rumpled physicist has truly become a cultural icon and a universal symbol of iconoclastic cool.

Albert Einstein (1879–1955) became all these things and more when his theories of special and general relativity were recognised as the twin pillars of modern physics and cosmology. The Nobel Prize winner revolutionised accepted ideas about time and space to develop his theories. He was one of the first to delve into the new field of quantum mechanics, working on the photoelectric effect and the nature of light.

Our Albert Einstein, Special Theory of Relativity cover depicts Einstein’s notes on the effects of travelling close to the speed of light. 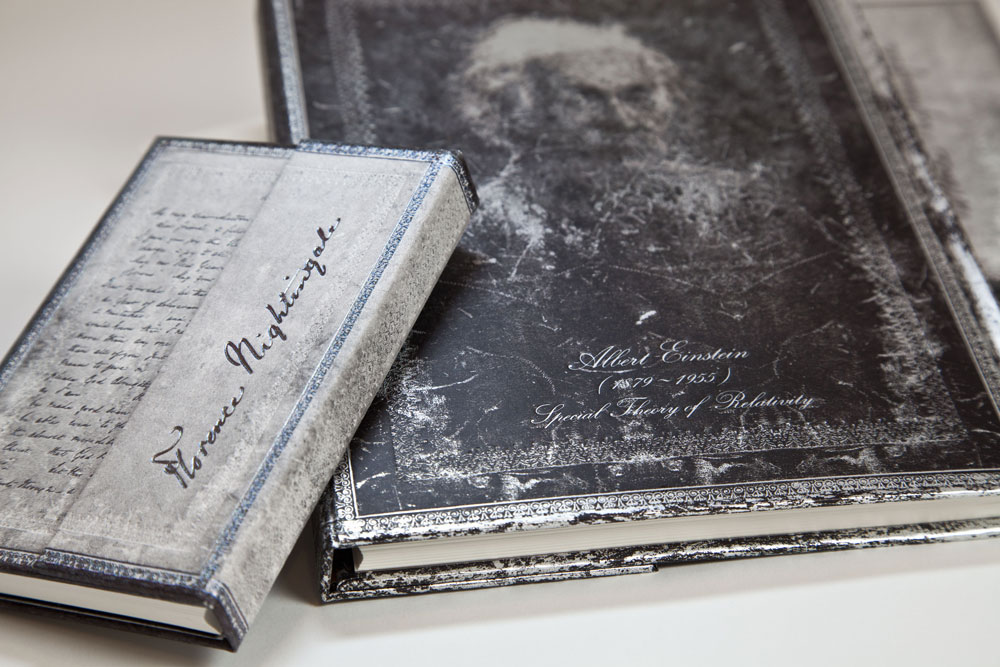 Interested in buying these products or anything else from Paperblanks®? Use our Store Finder to locate retailers in your area or online retailers who can ship straight to you.

Robyn @ Paperblanks - September 23, 2020 0
The Declaration of Independence stands not only as the founding document of the United States of America but also as a powerful, influential endorsement...