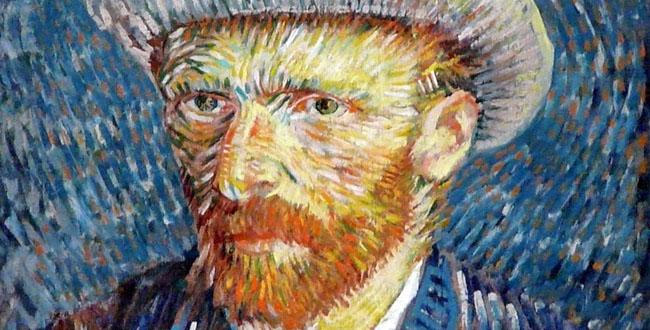 In honor of Van Gogh’s birthday we wanted to share with you the following comparison: an image of an original handwritten letter by Vincent van Gogh to his brother Theo and the journal cover we created from that letter.

The journal is our Van Gogh, Sketch in a Letter journal, a tribute to the great post-impressionist painter and a part of our Embellished Manuscript collection. Find out more about that journal here.

The original letter was was sent from Van Gogh to his brother Theo van Gogh from Arles sometime between Tuesday, July 17th and Friday, July 20th, 1888. The page we chose to reproduce is the first of four pages. The following is a translation of the text of this page (Via):

My dear Theo,
Many thanks for your letter, which gave me great pleasure, coming just at the moment when I was still dazed by the sun and the strain of handling a rather large canvas.
I have a new drawing of a garden full of flowers; I also have two painted studies of it.
I must send you a rather large new order for canvas and colours. Only it’s not at all urgent. What, if anything, would be urgent would rather be the canvas, seeing that I have a whole lot of stretching frames from which I’ve removed the studies, and on which in the meantime I must put other canvases.

The sketch that appears on the page is of a garden with flowers and is flanked by the following notations:

See below for an image of the original handwritten document next to the journal we made from it. (Click to enlarge.) 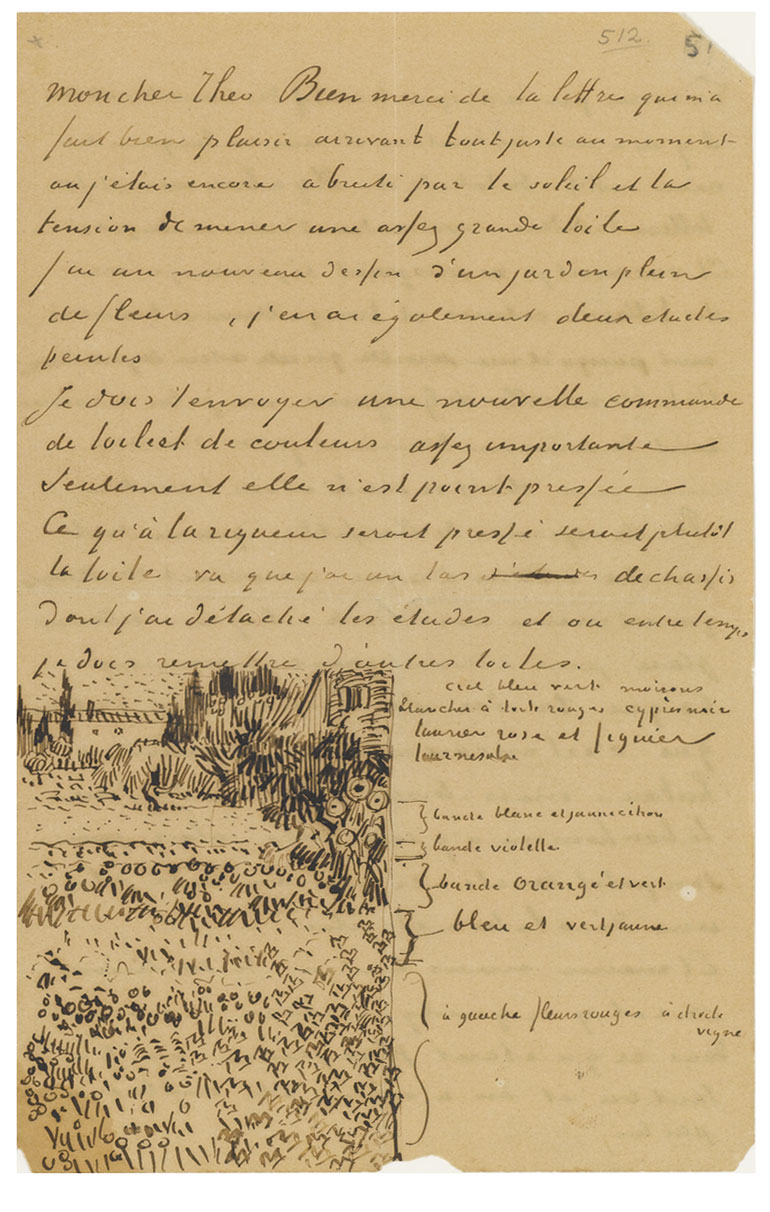 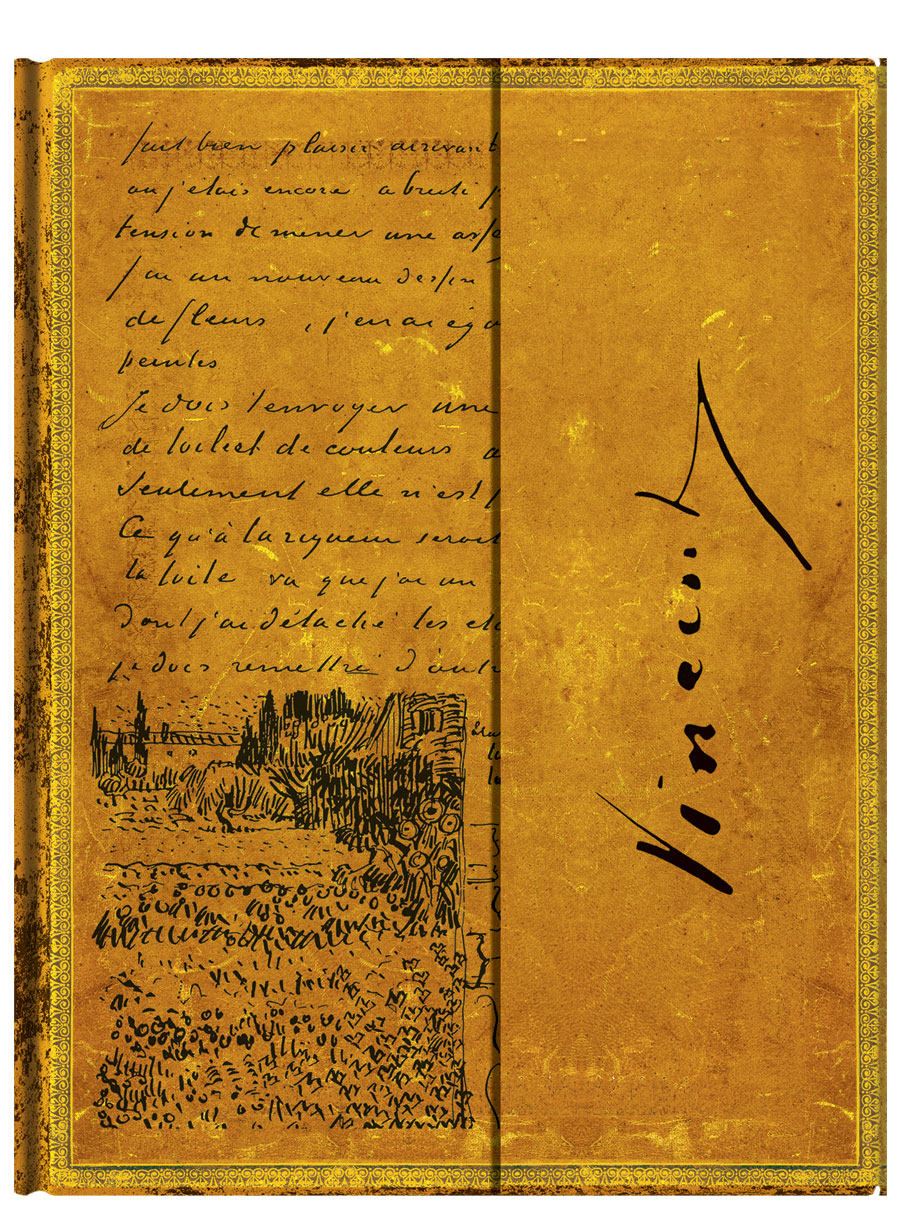 The letter is owned by the Van Gogh Museum in Amsterdam and the original image was taken from the Van Gogh Letters website (A great resource if you want to sift through many other similar letters by Van Gogh.)

Join Us in Celebrating Charlie Chaplin!

Robyn @ Paperblanks - September 30, 2020 0
Charlie Chaplin (1889–1977) was an English actor, filmmaker and composer who became an international icon with his character “The Tramp.” Though Chaplin rose to...