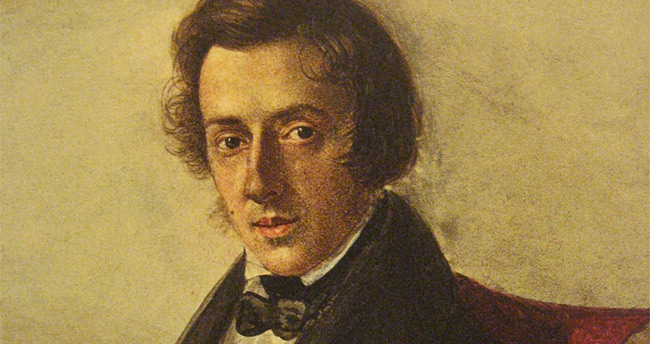 Though frail of body, Frédéric Chopin (1810-1849), the greatest musician of the Romantic period, possessed an unrivaled creative strength. The composer and piano virtuoso was a child prodigy who did not survive to see his fortieth birthday. Rarely has a life so short produced such a legacy. He invented musical forms such as the ballade and revolutionized many others including the piano sonata, waltz, étude and prelude. He combined his emotionality and expressiveness with technique as demanding as it was dazzling. Schumann said of Chopin’s music that there is a “cannon concealed amid blossoms.” 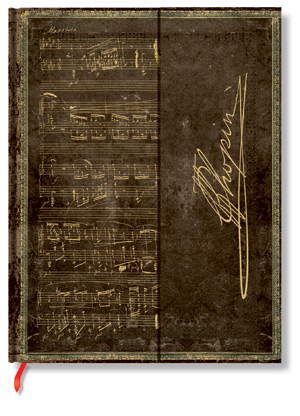 Our cover features an autograph manuscript of Chopin’s Polonaise in A-flat Major, Op. 53, composed in 1842. While the polonaise originated in Poland at the beginning of the nineteenth century, those written by Chopin are masterpieces that have come to define the genre.

This writing journal is available in two sizes: ultra and mini.

To inspire the writer, these unique writing journals portray the work of some of the greatest writers, thinkers and artists of all time. These reproductions of excerpts from original manuscripts, letters, scores and drawings provide a glimpse into the creative process of figures such as William Shakespeare, Sigmund Freud and Vincent van Gogh.

Paperblanks Team - September 15, 2011 3
Every Paperblanks® book is inspired by world art and culture, by traditional craft and practice, and by visionaries, rebels and artists across the ages. Paperblanks Stories is a blog series about the origins and stories behind some of our designs.