Philanthropy has always been a core part of the Paperblanks company ethos. Our Social Commitment blog series covers the organizations we support who are doing tangible work at a community level.

Just recently, we’ve begun to donate books to 826 Seattle, a non-profit writing and tutoring center part of one of  eight 826 National chapters.  The organization does truly tremendous work in the Seattle area and very recently was awarded the 2011 National Arts and Humanities Youth Program Award –  the highest honor such a program can achieve in the United States.

Recognized for its effectiveness in developing learning and life skills in young people by engaging them through writing, 826 Seattle is the city’s only nonprofit dedicated to improving the writing skills of youth, age 6 to 18, and helping teachers inspire students to write. 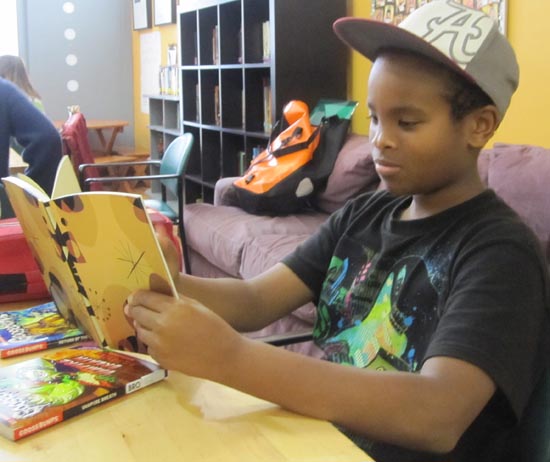 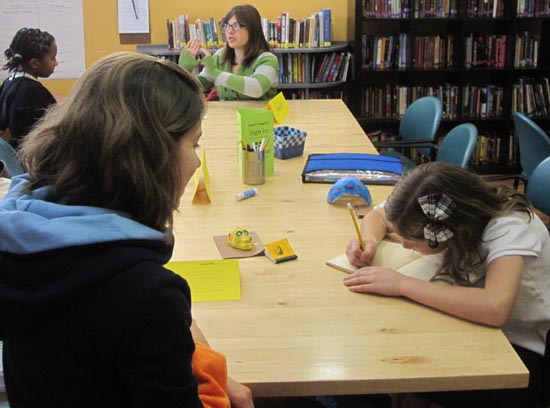 The Value Of A Youth Writing Center

Teri Hein started 826 Seattle (originally incorporated as Studio 26)  in 2004. As a Washington native, veteran teacher, and published author, she knew firsthand how valuable a youth writing center could be for Seattle students and their teachers.  In early 2005, Studio 26 was invited to become a chapter of 826 National, which was founded by acclaimed author and philanthropist Dave Eggers (A Heartbreaking Work of Staggering Genius).

We asked Teri a few questions,  figuring that as the spokeswoman of her own organization she could describe it best!

Why did you start 826 Seattle?
I am both a teacher and a writer.  I know first hand how important it is to be able to write well and I know how hard it is to write well.  I just got this wild idea after a long, interesting teaching job at Fred Hutchinson Cancer Center (another long story) that I wanted to do something new and outside the school district.

What positive changes have you witnessed occur?
We help about 2,000 young people annually and what I’ve seen since we opened our doors six years ago is the simple fact that our programs are packed with kids who are feeling closer to, better skilled or at least not terrified by putting words on paper.  It is enormously gratifying.

Do you have any new plans in projects in the works for 2012/2013?
We plan to continue all of the programs we are doing although new directions include adding an evening high school-only tutoring and writing program and working in new neighborhoods of the city. We are always aiming to improve on what we are already doing. 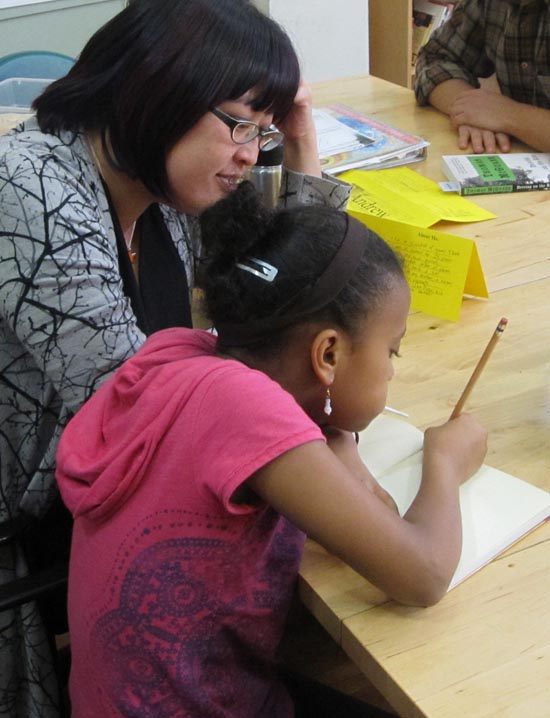 Talk to the animals!

Imagine you are a reporter. One day, you awake to the startling news that all animals have suddenly learned to speak. Which animal do you interview first, and why? What questions would you ask?

I would interview a dog because to me, it would be the most understandable. I would ask him/her, “What do you think as a dog? What do you hate about humans? What would you like to change about the animal wildlife/pet life?

There have been a lot of protests in Seattle and other big cities across the U.S. lately. What do you think is worth protesting for?