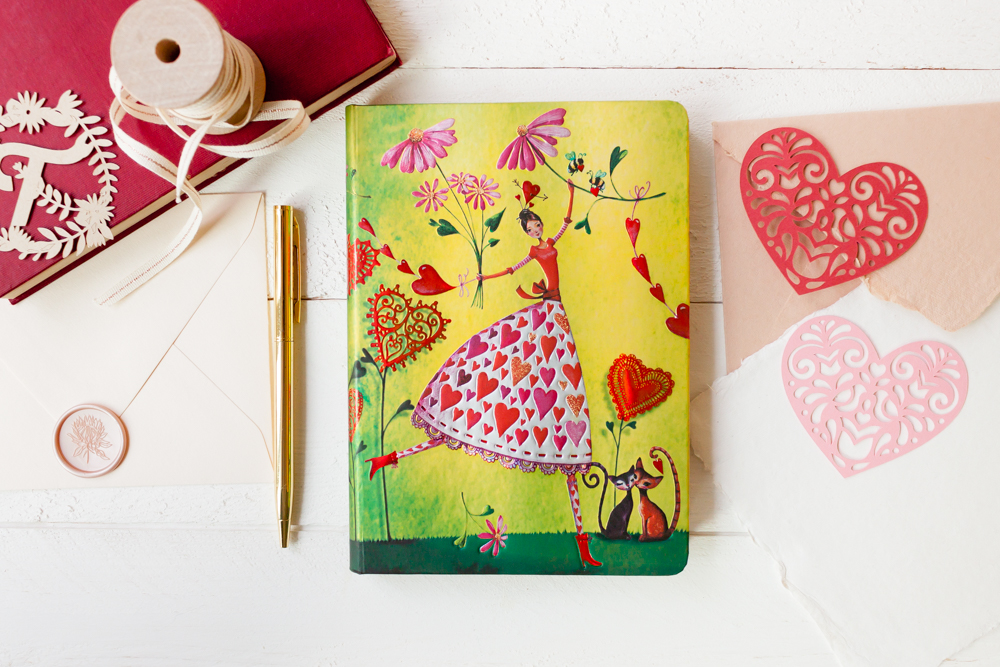 Valentine’s Day is just around the corner, and for those of us who love sending out mail or making creative cards this date is a much-anticipated excuse to take out the colourful paper, washi tape, markers, stickers and maybe that vintage ribbon you have been saving for a special project. But have you ever wondered where this tradition comes from?

It Begins with a Roman Priest

According to legend, Valentine was a priest who served during the third century in Rome. When Emperor Claudius II decided that single men made better soldiers than those with wives and families, he outlawed marriage for young men. Father Valentine defiantly continued to perform weddings for soldiers and was imprisoned. During his imprisonment he is said to have fallen in love with the daughter of his jailer, and before his execution he wrote her a letter signed “Your Valentine” as a farewell.

In 18th-century England, the celebration of Saint Valentine’s Day evolved into an occasion on which lovers expressed their feelings for each other by presenting gifts and sending greeting cards known as “valentines” in honour of that final love letter.

Valentines became so popular in England in the early 19th century that printers began producing a limited number of cards with sketches and verses, some of them quite sophisticated! Fancy Valentines were made with gilt, real lace and ribbons, with paper lace introduced in the mid-19th century.

In North America, the first mass-produced valentines of embossed paper lace were widely available shortly after 1847. These 19th-century cards were heavily decorated with elaborate designs that were somehow kitschy. Since then, handwritten valentines have given way to mass-produced greeting cards. The target market has expanded to include kids, and now, where kissing lovers and cherubs once stood, valentines feature licensed cartoons.

Luckily for creatives – and thanks in part to the DIY trend – valentines are no longer limited to ostentatious cards or the latest in children’s cartoons. So take out that bin of art supplies and let your creativity soar!

Are you making Valentine’s Day cards this year? What are your favourite Valentine’s craft supplies?

Word Clocks: An Interesting New Take On An Old Device

Paperblanks Team - July 25, 2012 1
If there's two things we like it's good design (excellent typography included) and being inventive and creative with something old and timeless. The latest...