Endpaper: The Paperblanks Blog
Home Our Designs Join Us in Celebrating Charlie Chaplin! 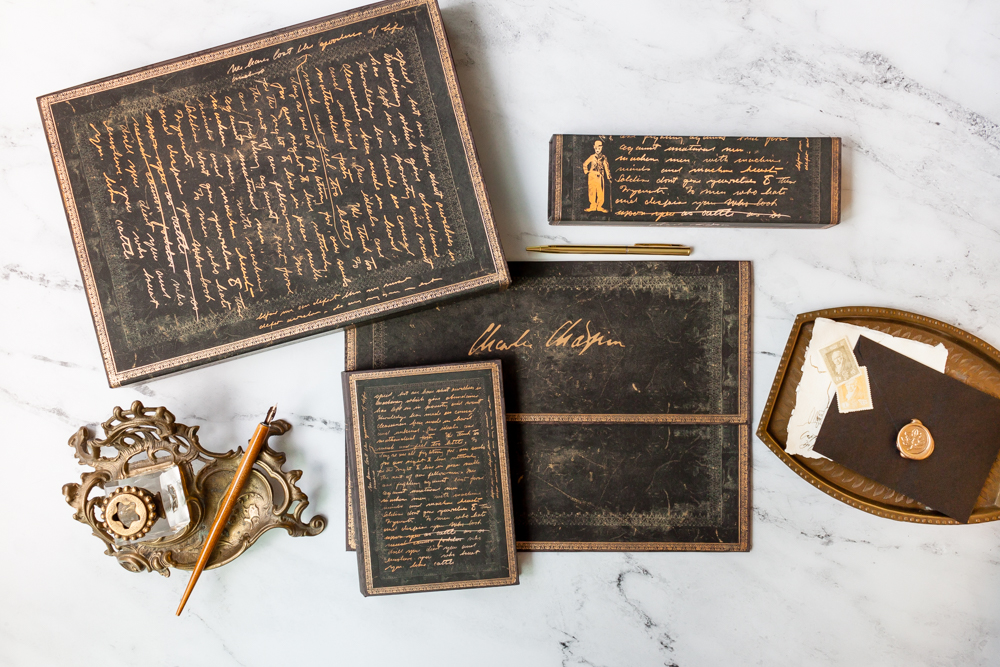 Charlie Chaplin (1889–1977) was an English actor, filmmaker and composer who became an international icon with his character “The Tramp.” Though Chaplin rose to fame in the silent film era, it is his unique voice that defines him as one of the most important figures in the history of film.

Chaplin’s first feature-length film, The Kid (1921), was one of the earliest Hollywood films to combine comedy with drama. The Great Dictator (1940), with its closing speech reproduced here, satirized Adolf Hitler by playing upon the resemblance of the two famous moustaches.

Chaplin eventually settled in Switzerland, where his former home is now a museum celebrating his legacy.

It is our honour to celebrate a century of Charlie Chaplin with these new hardcover journals, pencil cases, document folders and manuscript boxes commemorating both the 100th anniversary of The Kid and the cultural impact of The Great Dictator.

Behind the Cover: Parisian Mosaic Mosaïque and Safran

Robyn @ Paperblanks - December 14, 2015 0
Every Paperblanks® book is inspired by world art and culture, by traditional craft and practice, and by visionaries, rebels and artists across the ages....