Endpaper: The Paperblanks Blog
Home Our Designs Discover the Ancient World of the Hunt-Lenox Globe 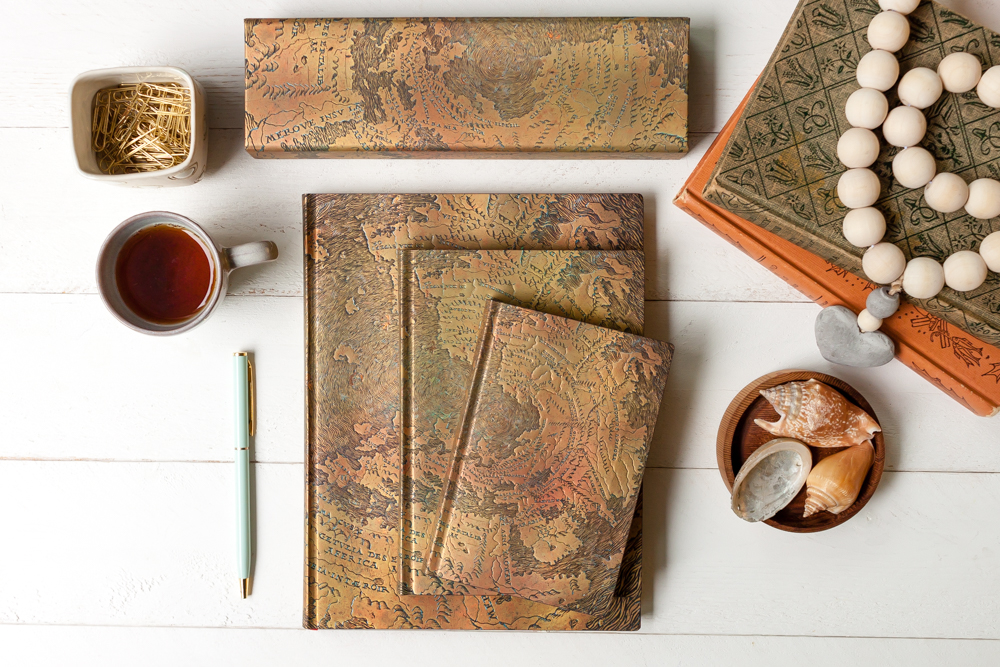 One of the greatest treasures in The New York Public Library’s collection is a hollow copper globe, just 112 millimetres in diameter. The Hunt-Lenox Globe is recognized as one of the oldest terrestrial globes, and the oldest to depict the Americas.

This striking terrestrial globe dates to approximately 1510 and bears a strong resemblance to the Globus Jagellonicus housed at the Collegium Maius Museum in Krakow. What makes the Hunt-Lenox Globe unique is that it is one of only two known instances of a historical map using the phrase “HC SVNT DRACONES” (“here be dragons”).

Purchased “for a song” in Paris in 1855 by American architect Richard Morris Hunt, it was at first seen as a mere novelty. It wasn’t until bookdealer Henry Stevens noted its significance that Hunt donated the globe to the Lenox Library – James Lenox’s vast collection of paintings, books and other artifacts – for which he was the chief architect.

Enjoy the Colours of Autumn with Our New Fall Filigree Series

Robyn @ Paperblanks - October 3, 2017 2
Just in time for the changing season, we have released this colourful new autumn-themed collection. Fall Filigree is our ode to the majestry and...