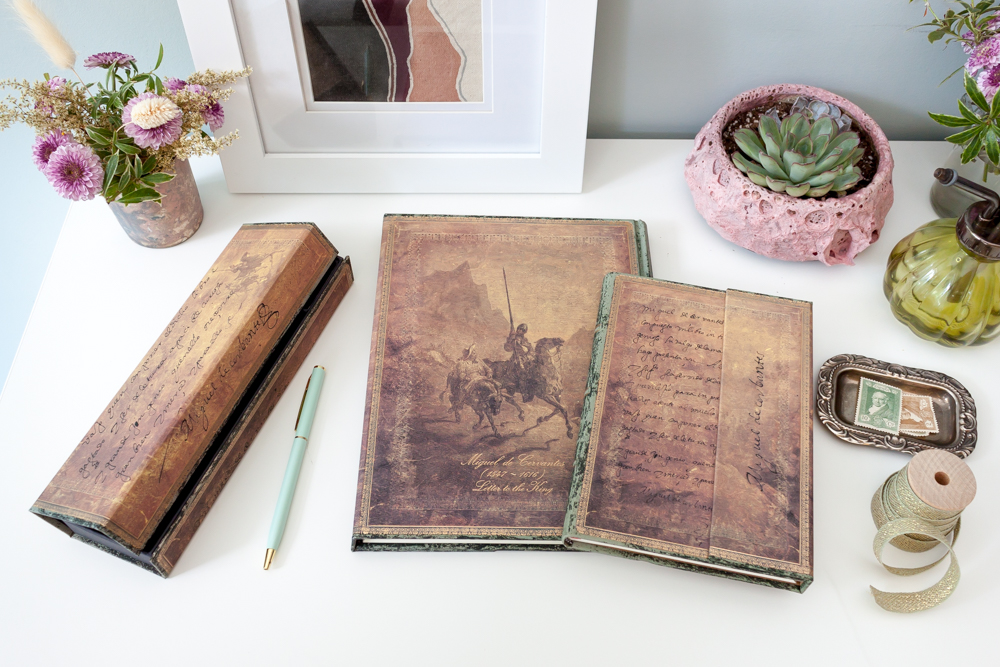 Miguel de Cervantes Saavedra (1547–1616) is widely regarded as the greatest writer in the Spanish language. His best-known novel is The Ingenious Gentleman Sir Quixote of La Mancha, known simply as Don Quixote. A Western literature classic, it is considered the first modern novel and, to many, the greatest work of fiction ever written.

Born in Spain, Cervantes lived a colourful life that saw him exiled to Rome followed by five years in captivity at the hands of Barbary pirates. No doubt Cervantes’ own adventures greatly inspired Quixote’s intrepid quest. The two-part novel tells the adventures of nobleman Alonso Quixote, who loses his sanity after reading too many knightly romances and attempts to revive a sense of chivalry in his country.

We’ve long wanted to bring Cervantes to our Embellished Manuscripts Collection and have spent many years searching for one of his handwritten Don Quixote drafts. Unfortunately, many – if not all – of Cervantes’ original manuscripts are now lost, so we are especially honoured to be able to share this handwriting sample, from a letter he wrote the king requesting permission to publish his great work.

See All Cervantes, Letter to the King Products

From the Archives: Balzac, Eugénie Grandet

Robyn @ Paperblanks - March 4, 2016 0
In From the Archives, we are taking a look through our back catalogue to showcase covers no longer offered in our current season. From...