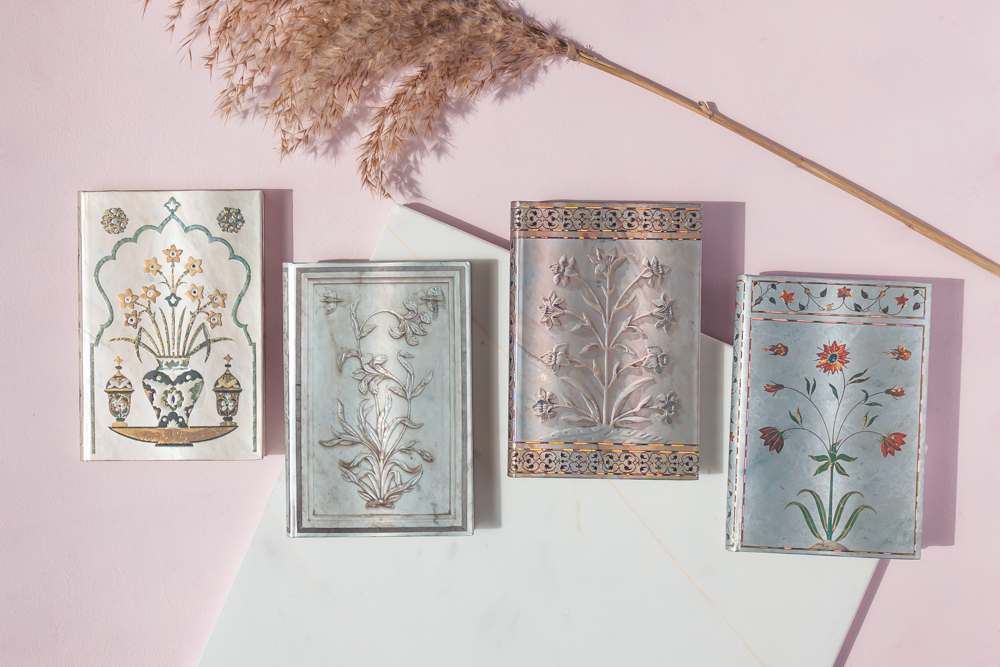 India’s Taj Mahal is one of the world’s greatest monuments to love. Commissioned by the Mughal Emperor Shah Jahan to house the tomb of his most favoured wife, Mumtaz Mahal, the Taj Mahal is renowned for its symmetry and breathtaking construction.

The primary motif of its design is flowers carved into marble and inlaid with stones, or crusted with semiprecious jewels using a technique called “pietra dura.”

To carve into marble is to commit to perfection. Any mistake meant the whole slab had to be discarded. Each of these marbled flowers is its own masterwork. It is these iconic marble flowers that we celebrate in our Taj Mahal Flowers journal series.

Our covers reproduce photos taken by Gérard Degeorge, the prolific photographer behind our Intricate Inlays, Precious Gems and Gates of Cairo series – to name just a few.

There are four mini journals available in our Taj Mahal series:

Paperblanks Team - March 6, 2013 4
Our Gold Inlay Collection, one of our newest releases, features covers that originate from a gold-covered solid-metal binding from 19th-century Germany. The collection is...