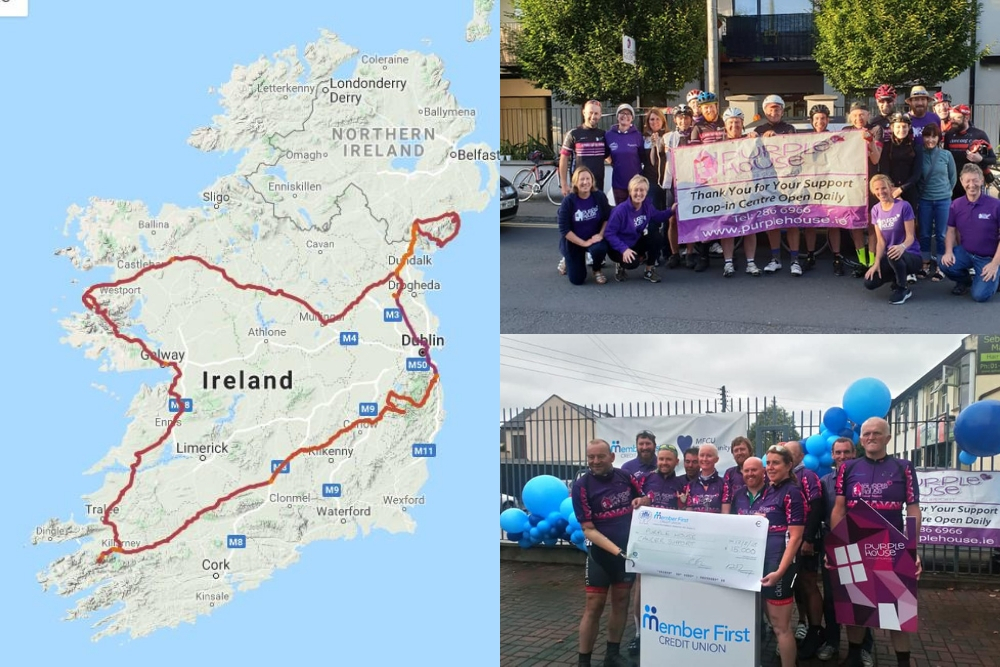 This year for Giving Tuesday we’re highlighting a cause near and dear to our hearts.

Last summer our friend Phil, a member of our Dublin team, embarked on a cross-Ireland biking trip to raise money for Purple House, an organisation which supports cancer patients and their families. This support includes counselling, a place to just talk, practical services like driving people to hospital appointments (all their drivers are also trained counsellors), a choir, activities for children battling leukemia, and various other offerings. They put a massive emphasis on helping with the mental health of people battling cancer.

We were happy to support Phil and this great cause as he and his friends set out on their week-long expedition. Their goal was to raise awareness and funds for Purple House by biking across Ireland and scaling the country’s four highest peaks.

When did the challenge take place?

Where did you bike?

All around Ireland (see the bike route below). 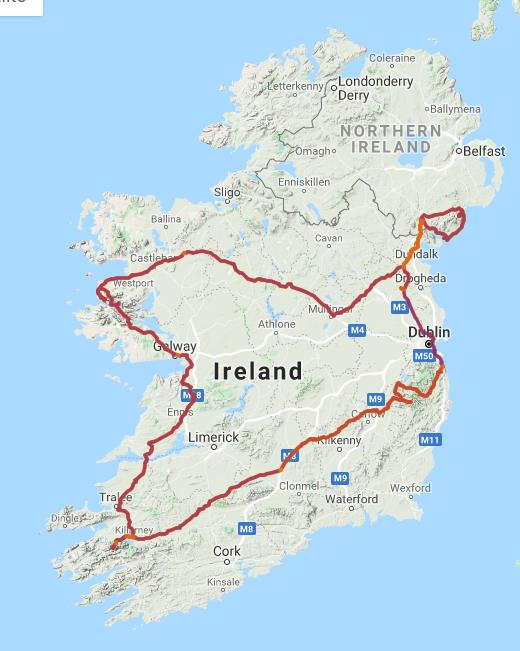 How did the adventure go?

Every day offered a new challenge…

Off on the bikes around 7:30, everyone in the Paperblanks jerseys (featuring Android Jones’ amazing Revolution cover art). A taste of what is to become a theme throughout the week – halfway up and we’re in the cloud. Horizontal rain and a headwind; if you’re going to do a challenge let’s do it in rough conditions eh? After Peak 1, off to counties Kildare, Laois, Carlow, Offaly and Kilkenny. After a chips break another theme for the week emerges: disagreements on the optimal routes so we split up for the rest of the day, everyone coming back together about 20km from Cashel. 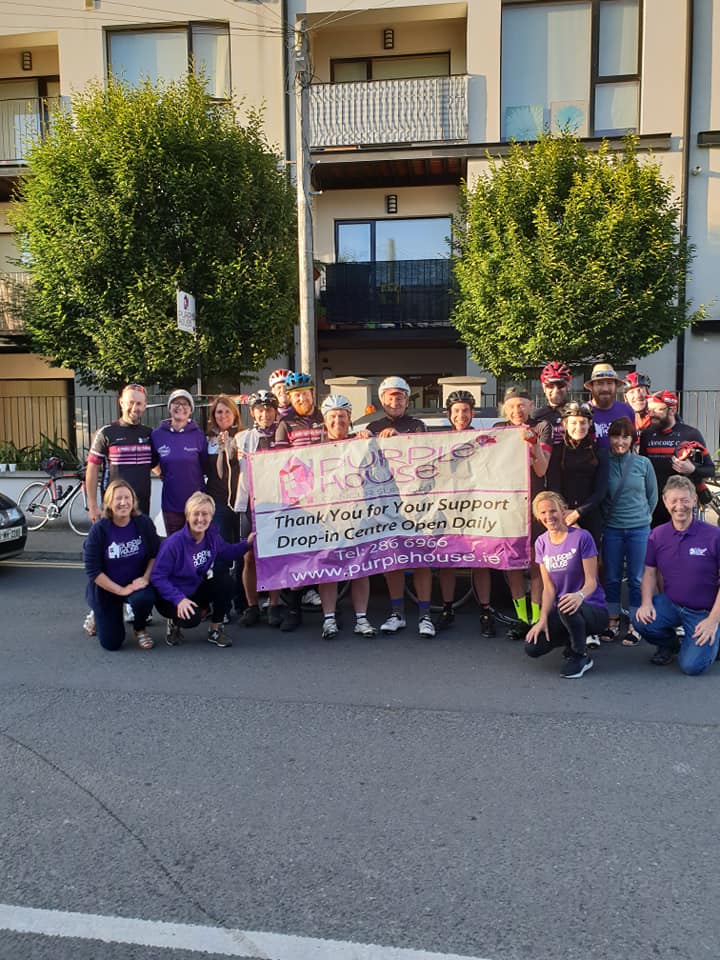 Early start, decent weather and good progress made, then the route debate emerges again. Around every turn was a new wall of a climb! Cycled up to the base in Cronin’s Yard then back to Killarney for pints, wine and curry.

Day 3: Up Carauntoohil then Killarney to Galway (220km)

Up and into the van for 5am as our hike up Ireland’s highest peak starts at 5:30am. Clear sailing till we reach the Devil’s Ladder. One word can describe that: up! To the top of it and into the cloud. We reach the summit at 8:09am, where we pause and remember some of those we lost to cancer. Back down, the Devil’s Ladder is definitely more fun going up than down! Next stop Galway, where the luxury of a hotel and a hotel menu awaits. 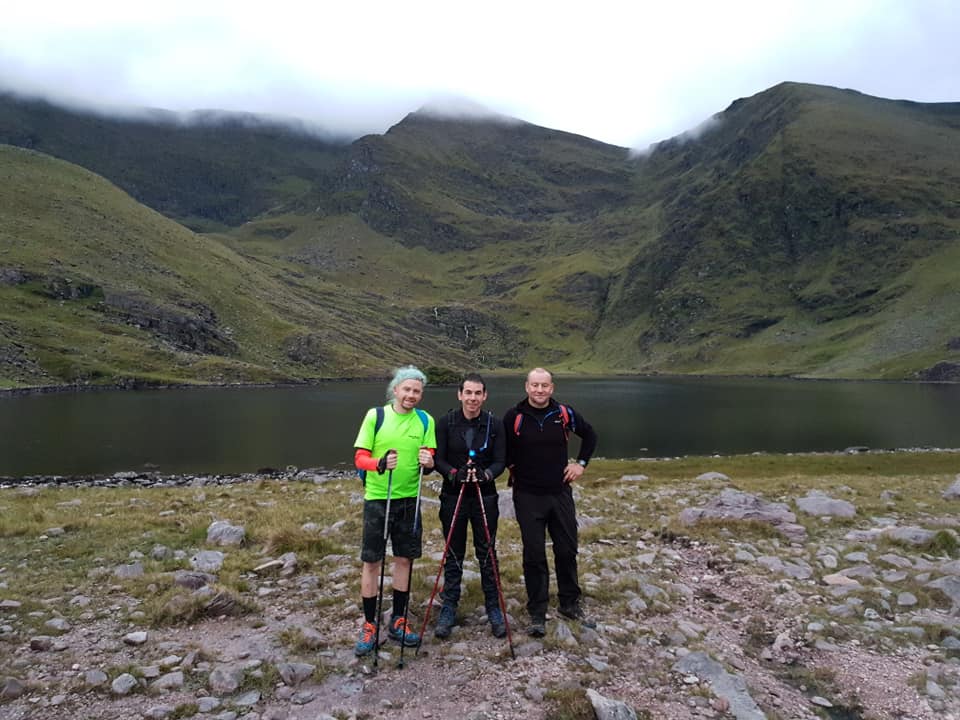 Onwards to the foot of the climb and up we go. Bogland, 15m visibility and 70kmph winds, the West is treating us to its wild splendour. At the top we once again remember some of those we lost to cancer. A wild trip down following the course of a stream. Soaked to the skin and onwards to Swinford where we encountered a convoy of GAA fans celebrating their local team winning a trophy. 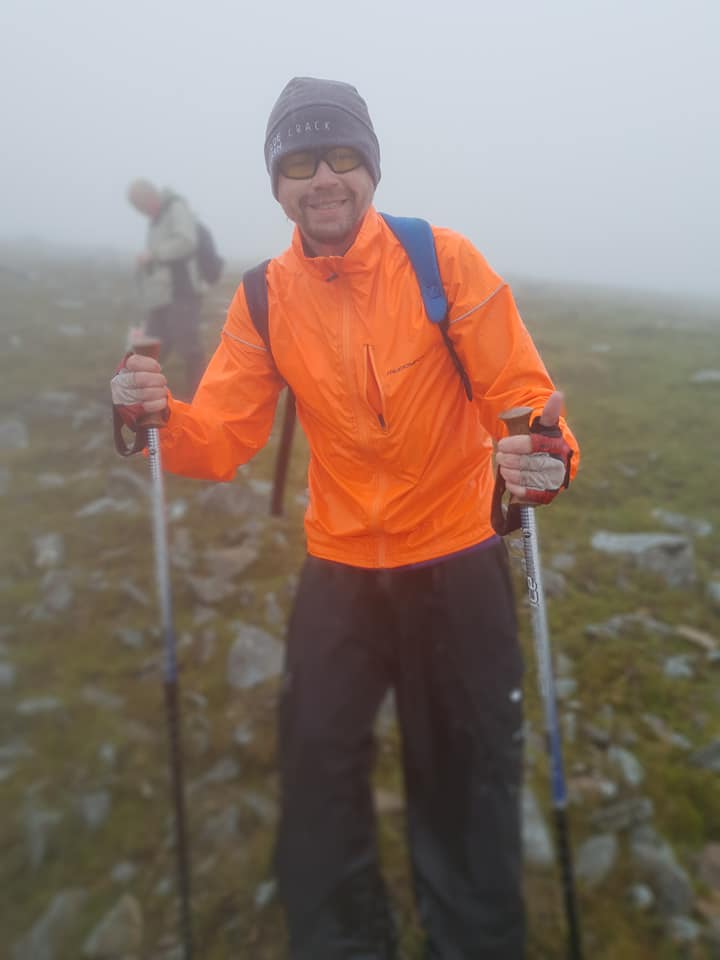 Sunshine, a tailwind and good smooth roads. What could possibly go wrong?

30km in and disaster! Just outside Ballaghaderreen, a slight drag in the road and mismatch of pace. Front wheel: meet back wheel. I try to stay upright; doesn’t happen. The N5 takes a pretty emphatic elbow drop! At least I had the manners not to take anyone down with me. Patched up, no damage done to the bike, I’m bundled into the van. No time to feel sorry for myself, there’s money to be made for Purple House. Elbow on ice and its time to get the PR machine running. The people of the Midlands are treated to the sound of my voice being interviewed live on their radio stations. In between that the rest of our merry band had to be fed, watered and pumped full of painkillers. We made it into Newry for about 9pm where food, drink and an assessment of the damage done to our bodies awaited.

My medical orders were to not get on the bike, but you can’t do a “4 Peaks Challenge” and only climb three of them! With only one working arm, I was last to the top, last to the bottom, but I made it and for once it was a peak we could enjoy! On to Slane for a very nice dinner, washed down with good beer and fine wine. 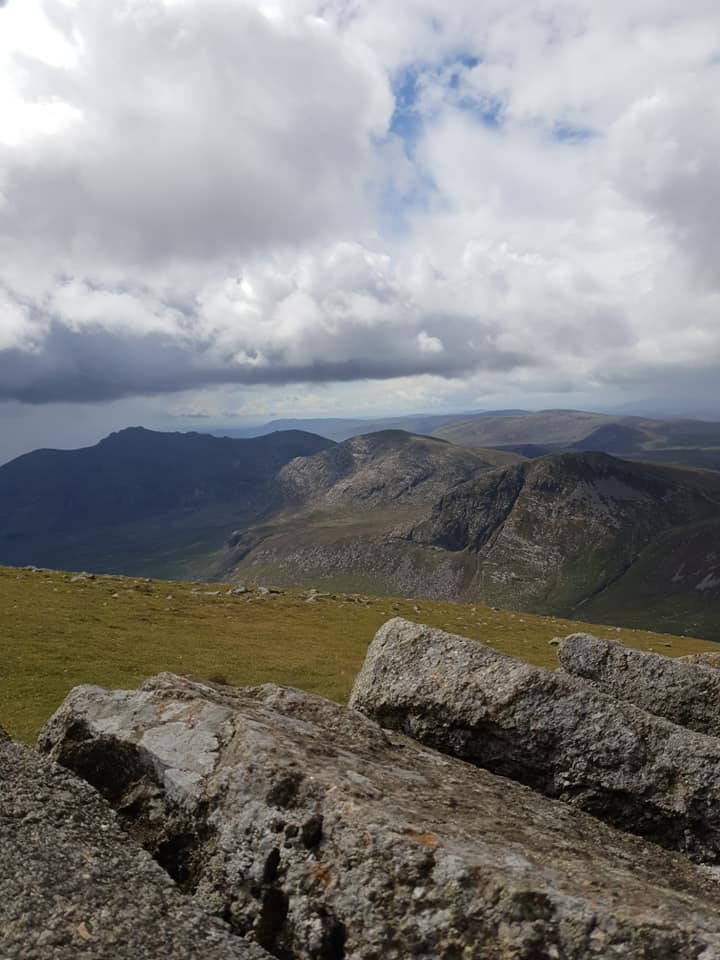 Last day… what a week! My elbow was feeling good enough to be back on the bike for a nice spin down the old N2 and into Artane where family and friends are waiting. A photo op with a giant cheque and the champagne flows! Finally into Bray where there were tears, hugs, more photo ops and plenty of champagne. A few speeches in Purple House and then on to Duff’s pub in Bray (heaven for cyclists). Below the bikes of Sean Kelly, Stephen Roache and Shay Elliot we heard the impact of what we did, spoke to people who use Purple House’s services and reflected on a week that won’t be forgotten about any time soon! 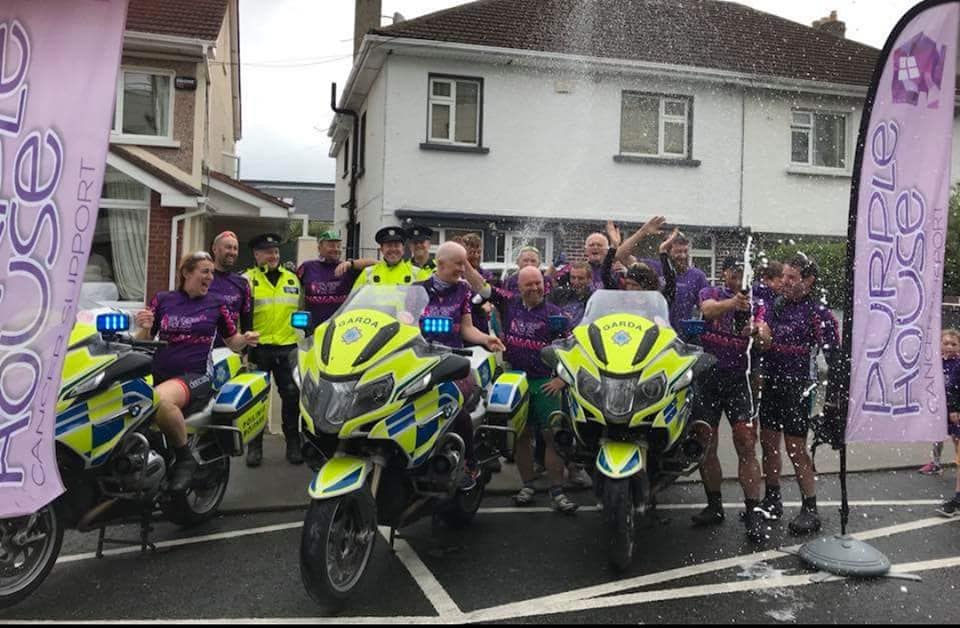 How much money did you raise? 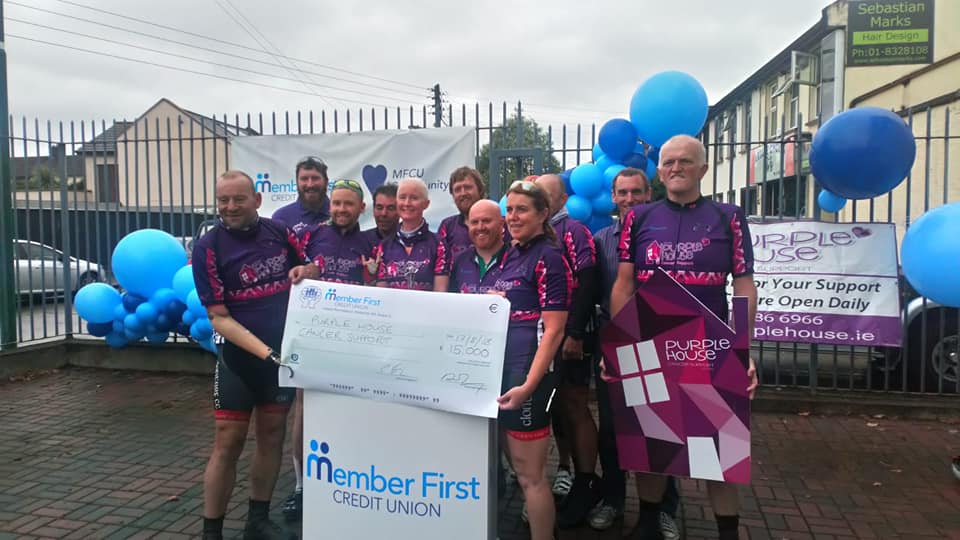 How can people support Purple House?

You can find out more about the organisation and donate on their website: purplehouse.ie/donations.

Paperblanks Team - October 28, 2019 0
This week we had a wonderful time getting to know multitalented North Carolina–based artist Margo Flynn. We chatted to her about where her love...