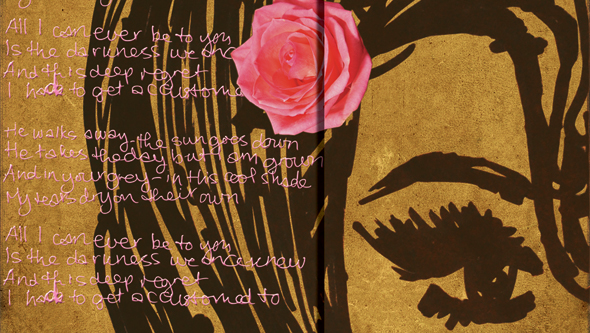 In addition to Paperblanks’ recently released Amy Winehouse, Tears Dry journal, the Amy Winehouse Foundation is set to release an exclusive limited edition version of the journal on Monday, April 8th. [UPDATE: As expected, the Foundation has released them. For more information on how to buy, go to http://bit.ly/ZuGUoZ. UPDATE 2: The initial batch of limited edition journals sold out in a little over half a day! We’ll let you know when The Foundation is able to sell more.]

As stated in the Foundation’s recent announcement the sale will initially be limited to just ninety-four journals. Die-hard Amy Winehouse and Paperblanks fans may want to act fast!

See below for how the design of the Limited Edition books differ from the regular editions:

Information on how to purchase the journals will be published both on the Foundation’s site and via their Twitter feed, @AmysFoundation.

All money raised through the sale of these journals will go to the Foundation and their work to prevent the effects of drug and alcohol misuse on young people.

We’ll keep you posted when the Foundation makes the full announcement on Monday!

Robyn @ Paperblanks - November 26, 2013 0
When we debut a new Embellished Manuscript we usually offer the cover only in Ultra and Mini formats. That's what makes it all the more...