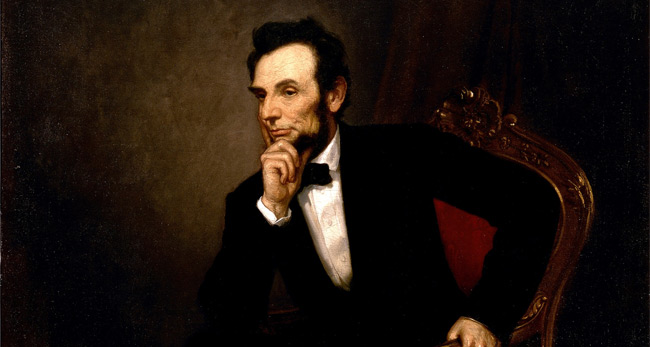 Steven Spielberg’s new film about Abraham Lincoln is set to be released this week and we wanted to mark the occasion by spotlighting our Lincoln-themed journal. Part of our Embellished Manuscripts collection, our Lincoln, Fragment of a Speech writing journal has a cover that depicts a fragment of an 1858 speech in which Lincoln hopes that “not bloody bullets but peaceful ballots” will resolve the national conflict over slavery. It is particularly moving because we know that war was imminent and unavoidable. This piece of handwriting crystallizes a pivotal moment in American history and the character of a great man.

Lincoln’s handwritten letters and notes are especially beautiful because they contain an emotional power and immediacy impossible to locate in texts produced electronically. See below for an image of the original handwritten document next to the journal we made from it. (Click to enlarge.) 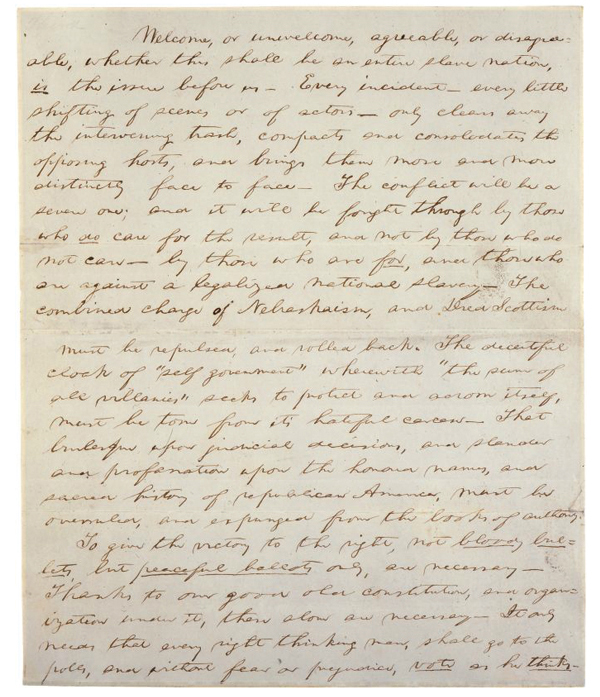 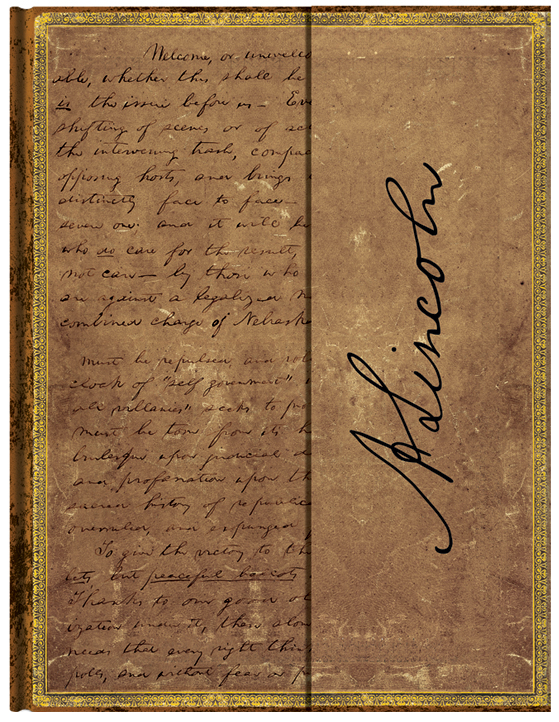