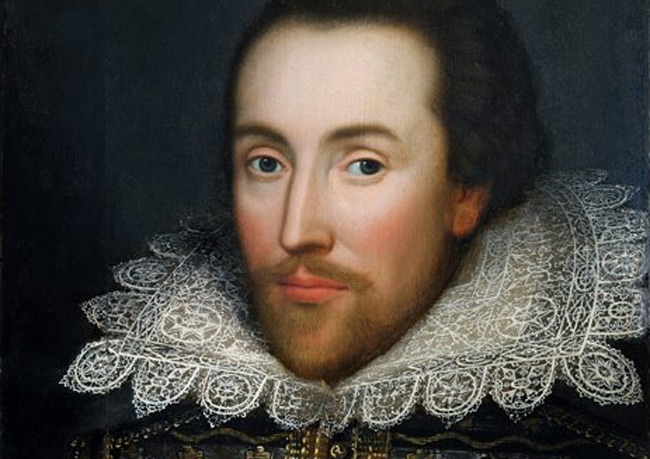 William Shakespeare (1564-1616) has long been considered the greatest of the English writers. Read on to find out about Paperblanks’ Shakespeare journal, with a cover that portrays something rare: one of the few traces of Shakespeare’s handwriting left to us.

One of Shakespeare’s Three Handwritten Pages, Depicted on a Journal Cover

Our covers depicts an excerpt from the banned play Sir Thomas More (1595). The play was written and revised by five different playwrights, of which Shakespeare was believed to be one. Scholars now accept that three manuscript pages of the play were handwritten by him.

The content of the page portrayed on our cover (seen above) exhibits Shakespeare’s disgust for the intolerance of Elizabethan England at that time. In it he wrote a passionate defense of refugees and displaced people:

Not one of you should live an aged man for other ruffians, as their fancies wrought with selfsame hand, self reasons, and self right  would shark on you, and men like ravenous fishes would feed on one another.

Robyn @ Paperblanks - November 17, 2014 0
Last Tuesday people around the world joined together in a moment of silence to reflect on the sacrifices men and women have made in...