The University of South Carolina’s Thomas Cooper Library is the holder of probably the most comprehensive collection of F. Scott Fitzgerald-related materials. And probably because of the release of the new theatrical version of The Great Gatsby, they recently released a pretty cool, rare treat: a digital version of Fitzgerald’s handwritten ledger. It’s a 200-page book that tallies how much he earned from all of his work as well as miscellaneous comments of interest from the famous author (speaking about 1919 he describes it as “”The most important year of my life”)

Obviously the document is comprehensive – and you could lose a lot of time sifting through it (we sure did!) – so we decided to single out four specific notes for this article: the money associated with the writing and eventual publication of The Great Gatsby:

Page 55 is a “Record for 1923”, two years before the publication of Gatsby. The following note can be found under the section for “Books”:

On the next page – “Record for 1924”, a year before the publication of Gatsby – he wrote the following:

And then on the next page there are two Gatsby-related notes. The first concerns the amount of money he made off of its release (less than $2,000!):

And below that, in the “Miscellaneous” section:

Check out the full ledger by going here! 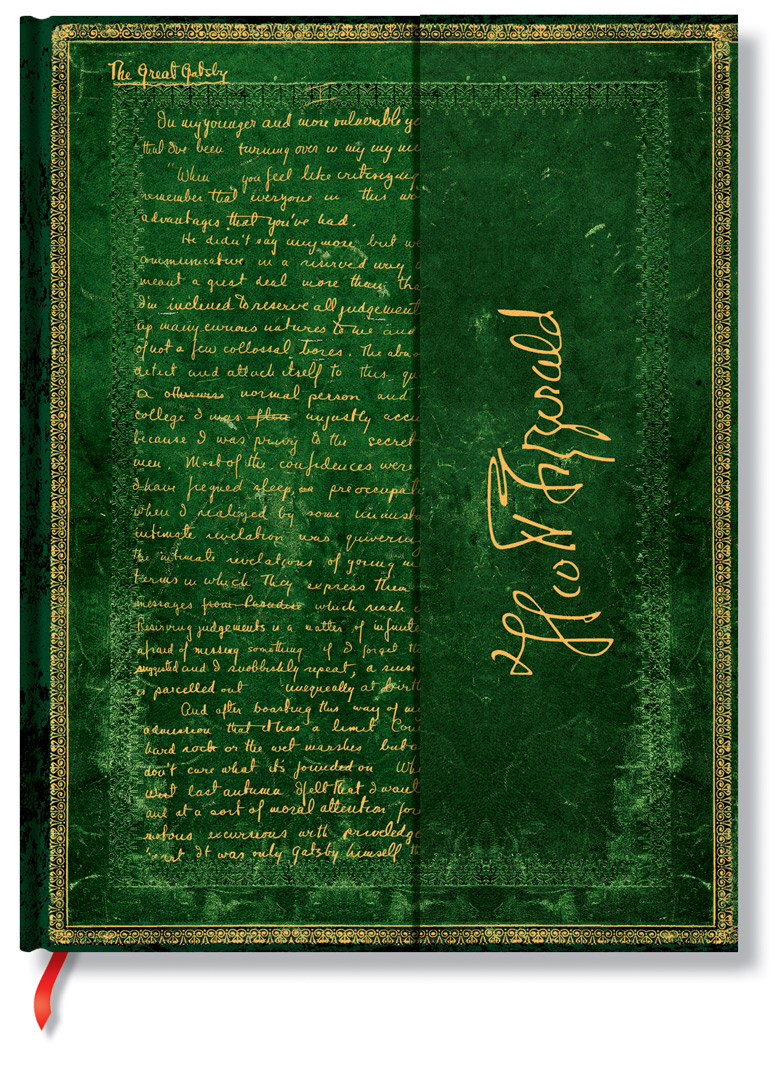 Paperblanks sells an F. Scott Fitzgerald & The Great Gatsby-themed journal that reproduces on its cover the first page of an early manuscript of The Great Gatsby. Learn more about that by going here.

Paperblanks Team - May 7, 2012 1
Today we wanted to share with you a video showcasing the beautiful work of Rosemary Buczek, one of the talented calligraphers who is going...