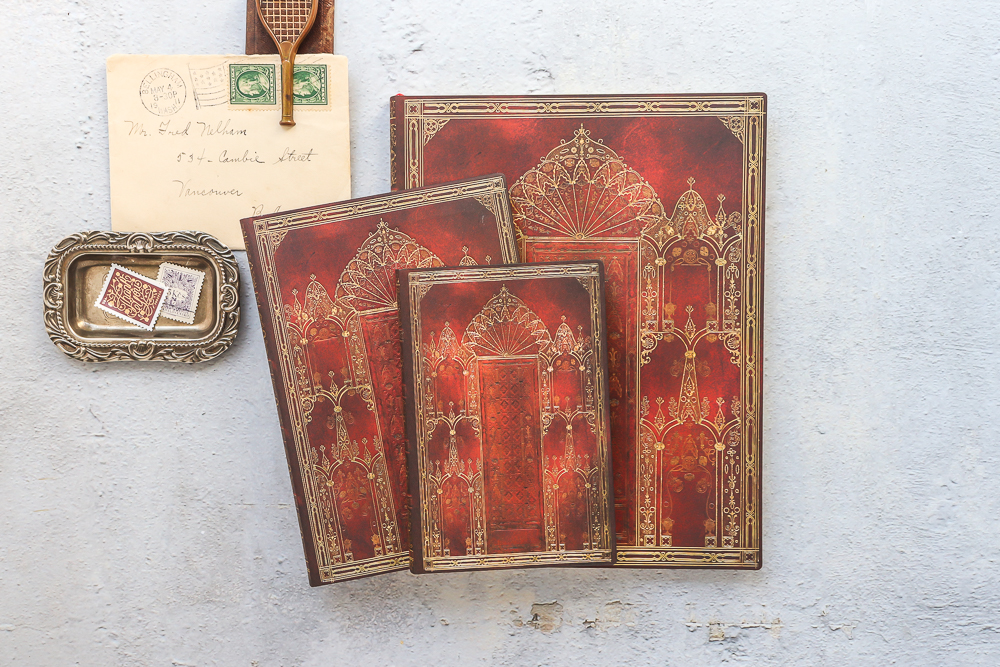 Our Isle of Ely design depicts an 1830 cover of James Bentham’s The History and Antiquities of the Conventual and Cathedral Church of Ely, from the foundation of the monastery AD 673 to the year 1771.

The monument sits in the English region of the Cambridgeshire Fens, also known as the historic Isle of Ely.

Ely’s rich history began when the Anglo-Saxon princess Saint Ethelreda founded a community for monks and nuns at the top of the island’s hill in 673 AD.

After many rebuilds the Ely Cathedral now stands tall thanks to restorations between 1845 and 1870 in an exuberant Decorated Gothic style.

English clergyman and antiquarian James Bentham’s work is an exactingly crafted ode to the magnificence of the cathedral and the ancient curiosities held within its walls.

It’s no wonder that Bentham would take such an interest in Ely, with its rich artistic and spiritual history – so much so that his history of the cathedral and its artifacts became his life’s major work.

Thanks to Bentham’s diligence, the work is a true monument to history and captures over a thousand years of cultural and spiritual exuberance. We continue to celebrate this sense of architectural perseverance with our red and gold Isle of Ely design.

This season Isle of Ely is available as a softcover Flexi notebook in ultra, midi and mini sizes.

Our Most Iconic Embellished Manuscripts Journals

Laura @ Paperblanks - December 9, 2022 0
Over the last 30 years, our Embellished Manuscripts Collection in particular has revealed the beautiful evolution of our journals. One of our first Paperblanks series...