Endpaper: The Paperblanks Blog
Home Our Products Tolstoy Brings a Message of Peace to Our Embellished Manuscripts Collection 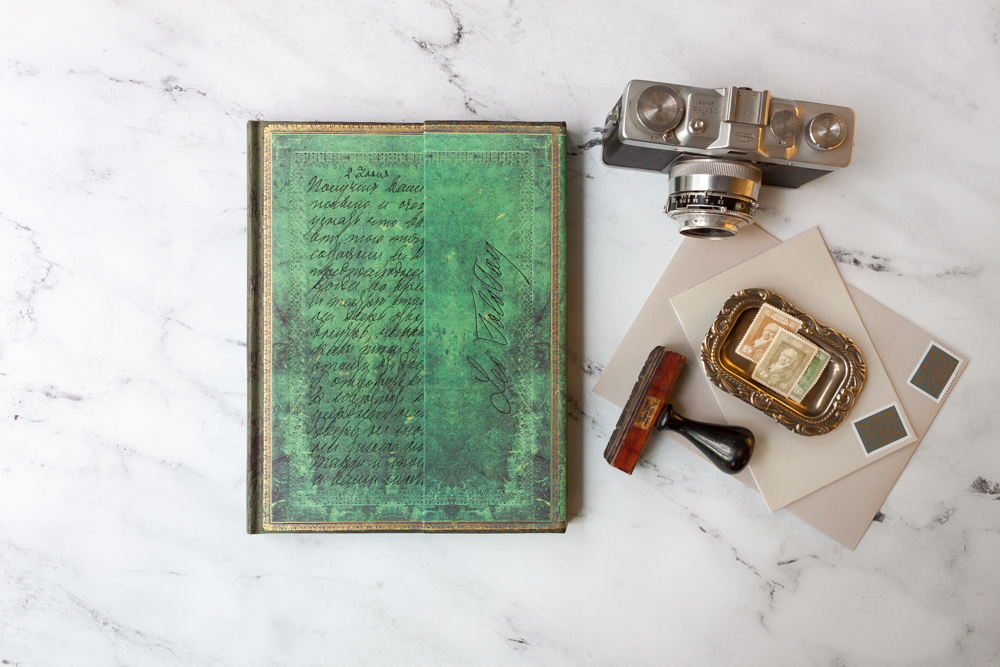 Count Lev Nikolayevich Tolstoy (1828–1910), born to an aristocratic Russian family, is remembered as one of the greatest writers of all time. Best known for realist fiction like War and Peace (1869) and Anna Karenina (1877), Tolstoy’s legacy is also that of a passionate and influential proponent of nonviolence and conscientious objection.

After experiencing a profound moral crisis and spiritual awakening in the 1870s, Tolstoy began to closely follow a pacifist doctrine. He renounced his aristocratic lifestyle and promoted his nonviolent beliefs right up until his death in 1910 at age 82. It is said that he spent his last hours preaching love and tolerance to his fellow train passengers.

The letter reproduced on our cover is a reflection of Tolstoy’s fervent pacifism. It is his response to an unidentified conscientious objector who sought his advice after refusing military service.

Through this Tolstoy, Letter of Peace cover design, we hope to honour both the literary and personal legacy of the great Leo Tolstoy.

Writing Wednesday: 25 Authors We’ve Featured on Our Covers Since 1992

Robyn @ Paperblanks - June 7, 2017 0
This year we are celebrating Paperblanks' 25th anniversary, but our journey began long before that first journal collection in 1992. Our story begins with the...