Endpaper: The Paperblanks Blog
Home Our Products Emily Dickinson Returns to Our Collection 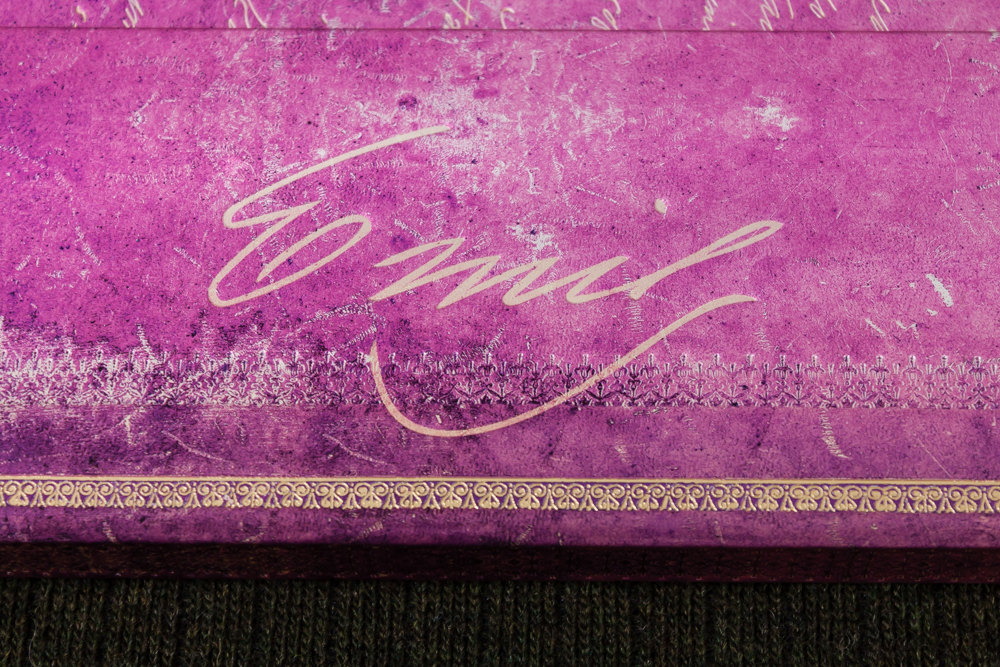 Among the finest poets America has ever produced, Emily Dickinson (1830–1886) lived a life of quiet, intensely passionate solitude. A master of the short lyric poem, her eccentric preoccupation with death and immortality permeated many of her greatest works.

“I died for beauty – but was scarce” is considered one of Dickinson’s major works and, unsurprisingly, centres around mortality. It is an allegorical death fantasy in the realm of Keats, but with a delivery entirely unique. Fewer than a dozen of Dickinson’s nearly 1800 poems were published during her lifetime, and it wasn’t until 1890 that the first collection of her works appeared. Though those poems were heavily edited, in 1955 the mostly unaltered The Poems of Emily Dickinson was released to a captivated world.

Today, Dickinson’s work is studied and beloved around the globe and she has long served as a source of inspiration for us. In fact, one of our earliest journals featured her work on the cover. We are thrilled to bring Emily Dickinson back to the Paperblanks collection with this new Embellished Manuscript design.

Emily Dickinson, I Died for Beauty is available as:

What is your favourite Emily Dickinson poem?