Endpaper: The Paperblanks Blog
Home Our Products Celebrate the Golden Age of English Bookbinding with The Queen’s Binding 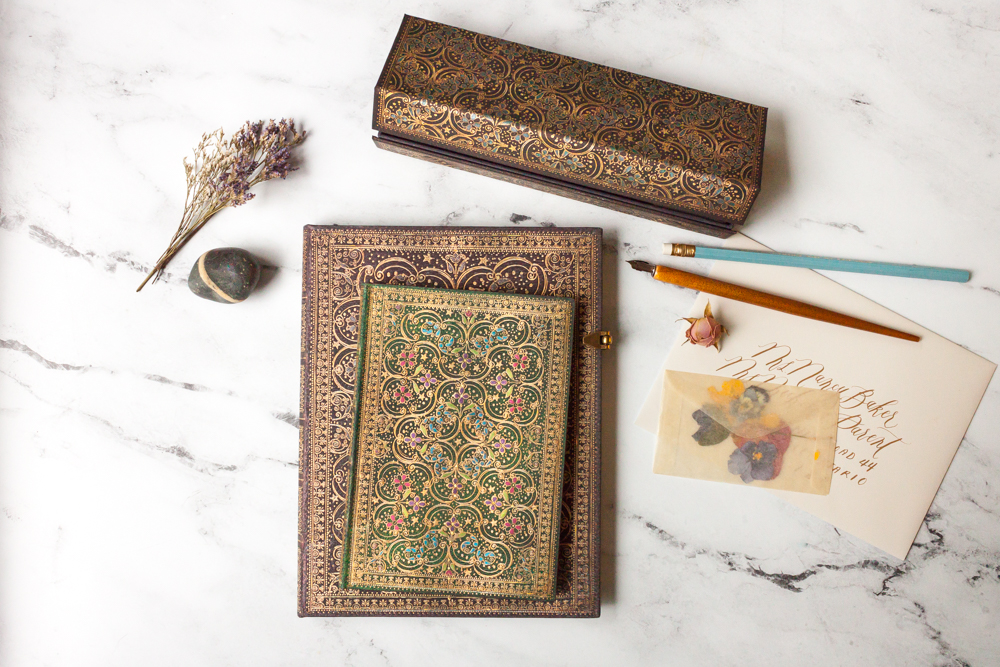 Nobility and grace are restored in this filigreed design, originally created in 1675 to hold Richard Allestree’s The Government of the Tongue. Crafted by the Queens’ Binder “A,” one of the most prolific binders of the Restoration period, the balance of open space and intricate elements makes it a shining jewel of the period.

The Queens’ Binder was a name given to a small group of English craftsmen during the “Golden Age of English Bookbinding.” Modern research indicates that the name actually encompasses four distinct shops, and even individual binders such as “A” could refer to multiple artisans. While the name of the binder called “A” is not known, there is no doubt as to the regency of this gilt binding, which is now a part of the Henry Davis gift at the British Library.

We are honoured to help restore the binding, representing the pinnacle of English craftsmanship, to its original glory in these two designs.

Which style of The Queen’s Binding do you prefer – Restoration or Pinnacle?

Paperblanks Team - September 29, 2011 0
Every Paperblanks® book is inspired by world art and culture, by traditional craft and practice, and by visionaries, rebels and artists across the ages. Paperblanks Stories is a blog series about the origins and stories behind some of our designs.