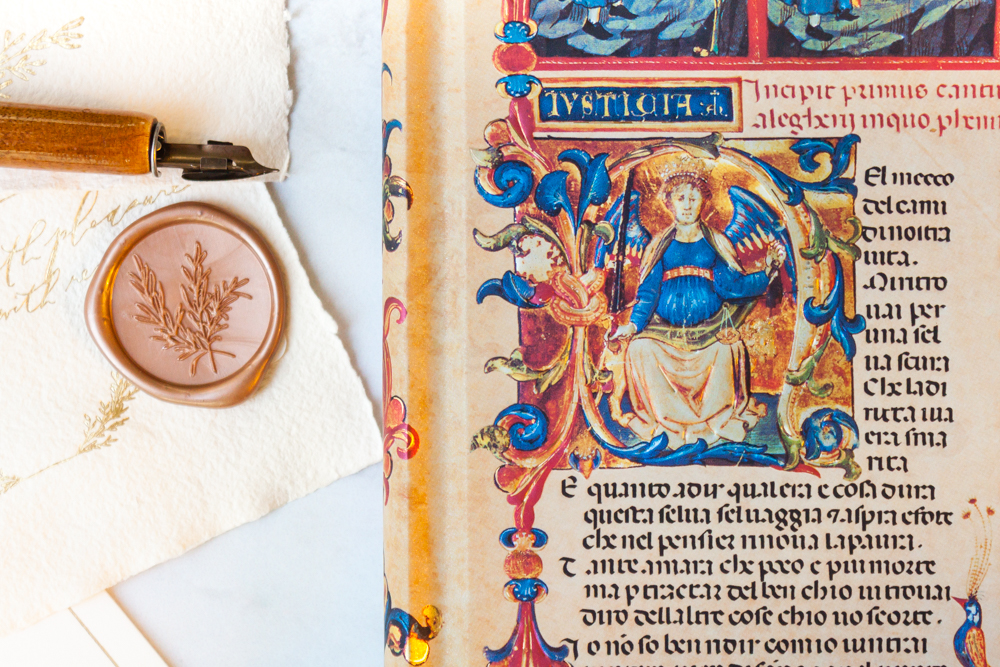 Dante’s Divine Comedy is widely considered to be the most important poem of the Middle Ages.

Dante Alighieri (1265–1321) composed this epic work over a period of 12 years, finally completing it in 1320. He divided the piece into three parts – Inferno, Purgatorio and Paradiso – and it is the first canto from Inferno we have reproduced for this cover. Though no original manuscripts written by Dante himself have survived, this 14th-century copy is one of the earliest produced.

The Divine Comedy was instrumental in establishing the literature of Italy. Because Dante wrote this in the common Tuscan dialect, rather than the high art language of Latin, his poem was more widely available to readers, helping to further spread its influence. John Milton, Geoffrey Chaucer and Alfred Lord Tennyson all counted themselves as fans of the work.

Dante’s imaginative vision of the afterlife is emblematic of the medieval worldview and, though written as a religious poem, his depictions of Hell, Purgatory and Heaven have inspired writers and artists from all backgrounds in the centuries since.

Inferno is available as: Ultra and midi lined hardcover journals

Have you ever read the Divine Comedy?