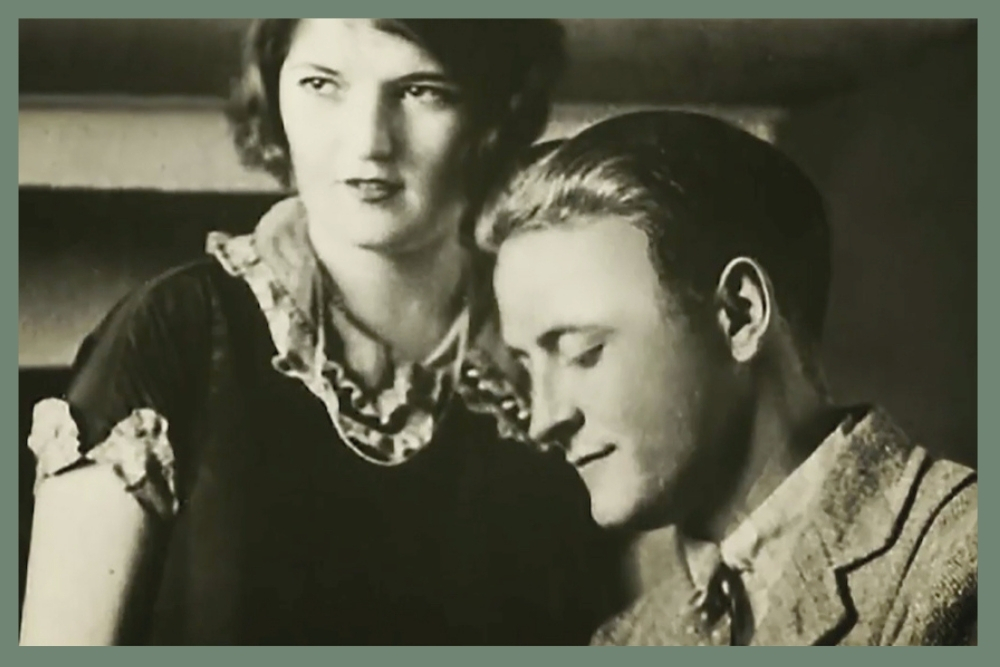 Browsing original manuscripts, opening tightly guarded vaults to discover a treasured diary, finding obscure notes about fascinating historical characters or getting lost exploring the intricate nooks of a library’s archive – these are the kinds of adventures in literary artistry that get us excited at Paperblanks.

As you probably remember, a few years ago as part of our Embellished Manuscripts series we released a cover that reproduced the first page of an early draft of F. Scott Fitzgerald’s The Great Gatsby. Imagine our delight when were contacted by a team at Vision Films inviting us to watch their recently released documentary Gatsby in Connecticut: The Untold Story. We immediately connected with them over a mutual appreciation of Fitzgerald’s writing and couldn’t pass up the opportunity to interview director Robert Steven Williams.

The 70-minute documentary answers the questions literary scholars and fans of The Great Gatsby have been asking for years: What was the true inspiration behind F. Scott Fitzgerald’s literary masterpiece? And who was the real Jay Gatsby? Through in-depth interviews and painstaking research that spans a period of seven years, the film not only answers these questions but also reveals astonishing new evidence that the inspiration behind F. Scott Fitzgerald’s West Egg is not in fact Long Island, NY, as has been widely believed for decades, but Westport, Connecticut, a small town just 55 miles north of New York City on the coastal shores of Connecticut.

How It All Began

Featuring Sam Waterston (who portrayed Nick Carraway in 1974’s The Great Gatsby) and narrated by Keir Dullea, the documentary was inspired by a 1996 New Yorker article written by Barbara Probst Solomon. An esteemed writer and Westport native, her article suggested that the Fitzgeralds’ time in Westport – a five-month stint in 1920 – not only provided the inspiration for The Great Gatsby but held a special place in their hearts.

At the time, the small town was home to farmers, many 20th-century artists and some very wealthy individuals, including a mysterious millionaire, Frederick E. Lewis, who owned the 175-acre coastal estate adjacent to where the Fitzgeralds lived – just as Nick Carraway’s modest home was adjacent to the Gatsby mansion – and would throw extravagant parties attended by celebrities. In her article, Probst Solomon provided plenty of other examples to support her thesis that the Fitzgeralds’ days in Westport influenced their work, but her ideas were dismissed by the scholarly community and ignored by the town of Westport.

Writer, musician and songwriter Robert Steven Williams (who moved to Westport in 1992) was inspired by Probst Solomon’s theory, but the project Gatsby in Connecticut actually started as a love letter to the town, as a way to help its citizens feel connected to it. Williams never expected that, seven years later, it would become a full-length documentary distributed worldwide.

“There was some serendipity here,” says Williams in a phone interview. “I had written a novel and I decided to promote it in my hometown of Westport. I wanted to celebrate the great legacy of other writers that have been in Westport – The Catcher in the Rye was completed in Westport, and there were a lot of other novels, but Scott and Zelda are probably the most famous of all the writers who lived in town. And I quickly discovered that the people here in Westport were increasingly growing distant to their cultural heritage.” So, Williams decided to make a short film for the Westport Historical Society that visitors could watch before walking the grounds of the Fitzgeralds’ rented cottage.

Soon Williams realized the significance of the time Scott and Zelda spent in Westport, and what started as a short film over time became a more complex project that took several years to complete. He teamed up with local historian Richard “Deej” Webb Jr. (the documentary’s executive producer) and together they embarked on a journey exploring those five months the Fitzgeralds lived in town, uncovering some secrets along the way.

Through meticulous investigative work, Williams and Webb discovered that both Zelda and Scott’s work drew heavily on those early months together in Connecticut, just four weeks after their wedding, which many consider the couple’s happiest time. Weaving threads intertwined across time, the documentary shows the parallels between Scott’s and Zelda’s work and the letters and journals that make references to life in Westport. Yet, up until now Fitzgerald scholars had believed the Westport period was insignificant.

Diligent research led Williams and Webb to dig into the Princeton University Archives and rare books collection, going through historical records including letters, photographs and manuscripts. “It was so much fun to just rifle through all these boxes,” says Williams, “and finding these actual letters with Scott’s handwriting. It gives you chills.” They even tracked down a descendant of Fitzgerald’s original publisher, Charles Scribner III, and conducted in-depth interviews with Barbara Probst Solomon and Bobbie Lanahan (Scott and Zelda’s granddaughter), who provided candid details of her grandparents’ life.

But probably the key piece of evidence discovered is the diary of Alexander McKaig, a friend of Scott’s from Princeton. Although the diary has been quoted by many biographers, it had actually been seen by only a handful of people. After three years of steadfast perseverance, Williams and Webb were finally able to track down the diary stored in a vault in Peterborough, New Hampshire. In its pages McKaig meticulously chronicled his days in 1920, many of which seem to have been with the Fitzgeralds. “McKaig is writing about the parties and what they’re drinking and what they’re fighting about,” says Williams. “It’s an unbelievable documentation of what was going on, but I think because most of the scholars didn’t put that much weight on 1920, the diary was overlooked.”

Since its release in early September 2020, the documentary has had an astonishing reception, especially amongst Fitzgerald scholars. Williams hopes that people will take away two main things from the documentary: “One is that literature and reading is fun,” he says, and we couldn’t agree more. “I also think that The Great Gatsby was misunderstood when it came out; it was not a big seller at the time. People on the surface think that it’s just an homage to rich people that are all white, and although Fitzgerald lived mostly in a white world, he was an outsider, he died broke. The Great Gatsby is really about the longing of the so-called American Dream but the disappointment of it, that it really isn’t attainable.”

While the process of making the documentary was dotted with a myriad of intriguing discoveries, it was not without its challenges. “We had to have the patience to earn the respect of the community,” says Williams when asked about the challenges they faced. “The Fitzgerald community was quite friendly and polite, but it took many years for them to spill their secrets, to feel comfortable that we could handle the material with integrity, with care and the respect that the heritage and the legacy of Scott and Zelda warranted.”

Few can get away with challenging academics, but Williams and Webb went beyond surface level in the pursuit of this theory with well-documented evidence and a genuine passion for literary history. Williams’ film has shone a light on Probst Solomon’s article and, with his extraordinary research and intriguing discoveries, has convinced and astounded Fitzgerald fans and scholars alike.

But for Williams the biggest reward was having the opportunity to work so intimately with Scott’s and Zelda’s words and images, to be able to step into their world. While Probst Solomon sadly didn’t have the chance to view the final cut as she passed away in September 2019, she saw a nearly final rough cut, which brought her an immense joy. “I think she is looking down at us now, smiling,” says Williams.

Gatsby in Connecticut: The Untold Story is available on DVD from all major online retailers and on digital platforms. To learn more about the project visit their website.

Will you be watching Gatsby in Connecticut: The Untold Story?

Sketchbook Saturday: Choosing the Best Fountain Pen for You

Robyn @ Paperblanks - January 17, 2015 0
There's something magical about a fountain pen. This old-school medium instantly connects you with the greatest writers and artists from history, while providing a...