Endpaper: The Paperblanks Blog
Home Our Designs Vive Voltaire! Our New Destiny Design Is Inspired by a Classic Work 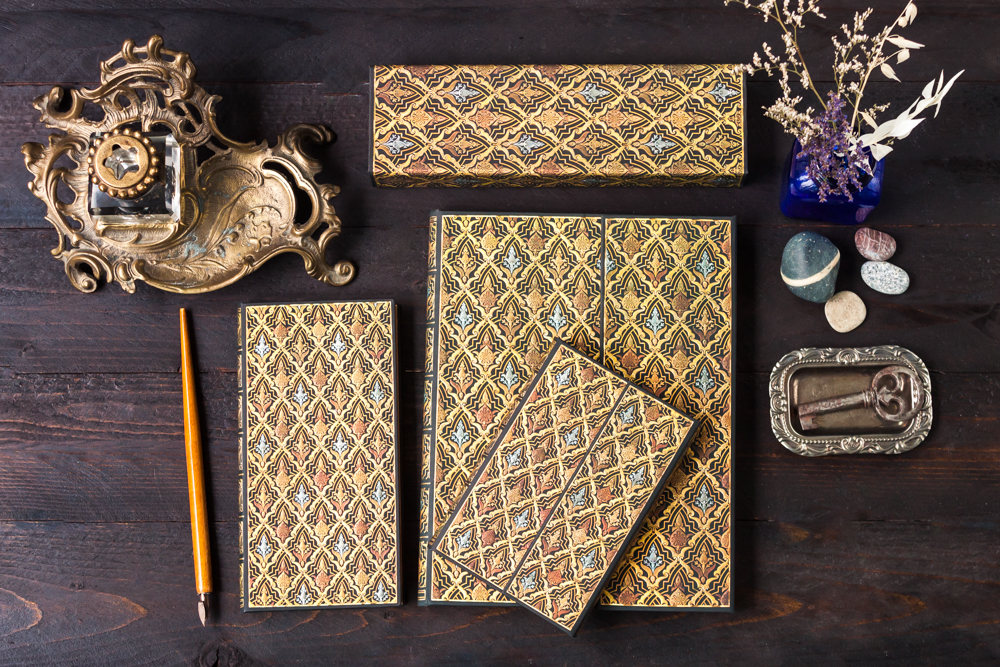 Introducing Destiny, from the New Series Voltaire’s Book of Fate

This handsome design once housed the legendary writer Voltaire’s Zadig, or The Book of Fate, first published in 1747. The Book of Fate tells the story of Zadig, an ancient Babylonian philosopher. It is a philosophical treatise that makes startlingly effective use of contradiction and juxtaposition. In it one finds the seeds of the modern detective story, including a likely source of inspiration for Edgar Allan Poe’s master of “ratiocination,” C. Auguste Dupin.

There are few authors more influential and admired than Voltaire (1684–1778). His work especially appealed to late 19th-century France, which was recovering from an 1870 defeat by Prussia. The French people responded by focusing on objects of profound beauty and intellectual depth in order to showcase their ideals and dreams for the future. These ideals were exemplified by the work of Voltaire, one of France’s most celebrated sons. It is no small wonder that his Zadig was chosen to be reprinted in this marvellous golden binding, crafted in 1893 by Chamerot et Renouard in Paris.

Today the original binding can be found in the Rare Book and Special Collections archive at the Princeton University Library in New Jersey, USA.

Announcing the Winners of the Paperblanks Photo Contest

Paperblanks Team - July 14, 2011 0
Paperblanks is pleased to announce the winners of the Paperblanks Photo Contest. This contest played off the idea that the many designs of Paperblanks’...