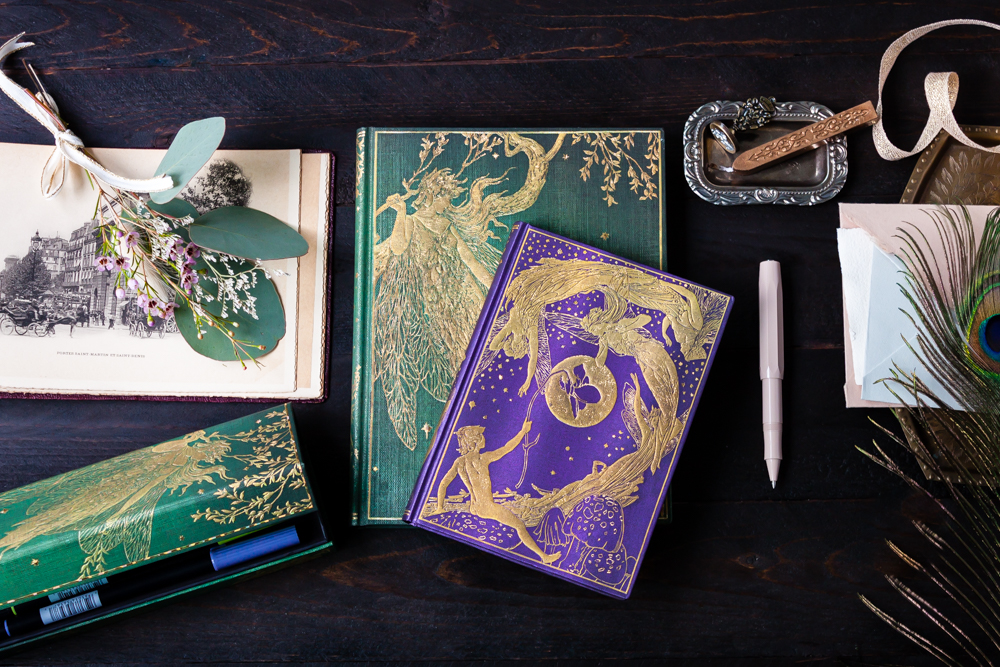 These captivating images come from first edition copies of Andrew Lang’s The Violet Fairy Book and The Olive Fairy Book. These collections of fairy tales and folklore are each a part of a twelve-part series known as Lang’s Fairy Books (or Andrew Lang’s Fairy Books of Many Colours). Compiled by Andrew Lang (1844–1912) and illustrated by Henry Justice Ford (1860–1941), the books were a sensation among British schoolchildren and were sold all around the world. Each book in the series was named for the colour of its fairy.

Lang was a Scottish poet, novelist and anthropologist who specialized in collecting folk and fairy tales from around the globe. He was incredibly prolific and, in addition to his colourful fairy collection, he compiled or contributed to over 200 written works, including English translations of Homer’s Odyssey. But it was this collaboration between Lang and Ford for which they both would be best known and celebrated.

Today, these first editions of Lang’s Fairy Books can be found in the British Library’s archives, but you don’t have to go all the way to England to read the original stories. This year Simon & Shuster will be re-releasing The Green Fairy Book and The Yellow Fairy Book as part of their Racehorse imprint.

Have you read any of the original Lang’s Fairy Books stories?