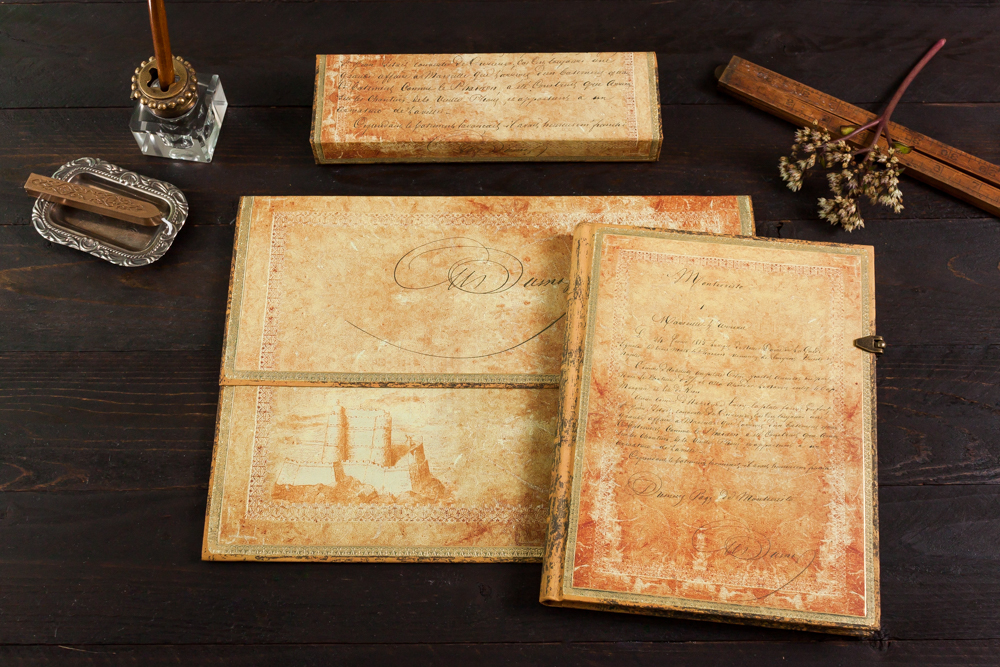 Over his career Dumas wrote nearly one hundred thousand pages. His prolific writing was matched by profligate spending and he vacillated between wealth and virtual pennilessness.

A man of contradictions, he was said to be the most generous of men as well as one of the most self-involved. His outsized and contrary approach to life was likely influenced by his own roots as the child of a man born to a French nobleman and Marie-Cessette Dumas, a slave of African descent.

Today, Dumas remains among the world’s most widely read authors. His former home is now the Musée Alexandre Dumas, where original manuscripts such as this are held to promote and protect his legacy.

10 Questions with Matilda from @crazyheadcomics

Faye @ Paperblanks - December 6, 2011 1
"I grew up surrounded by books, music and paintings. During my childhood, Saturday was “Museum Day” and Sunday the “Cinema or Trip Day.” Night was time for Grimm’s fairy tales and Don Quixote, along with Chopin, Bach, Mozart and Beethoven."