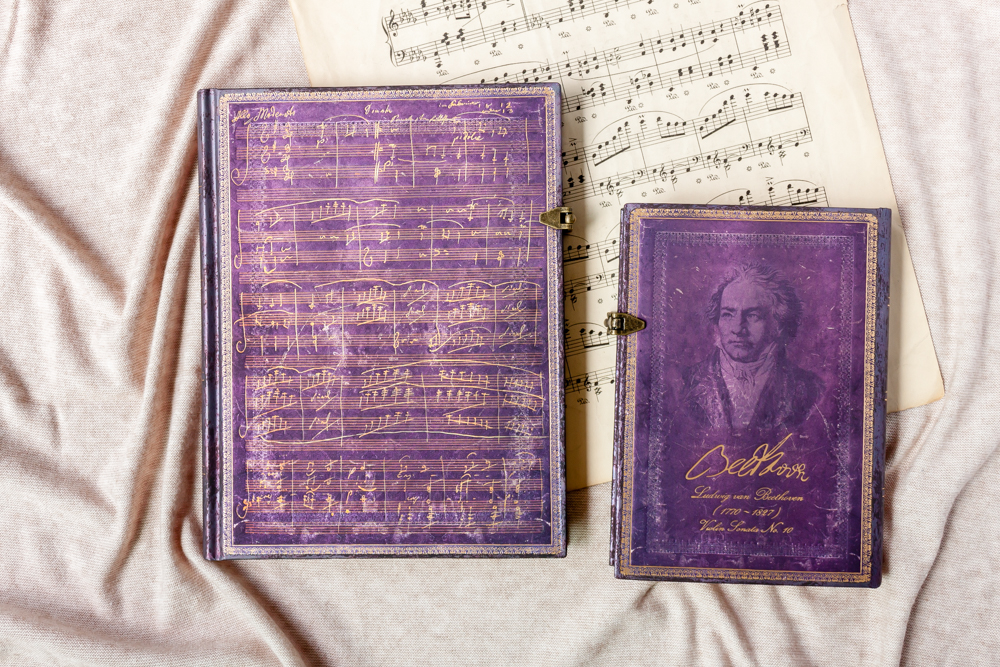 Ludwig van Beethoven’s (1770–1827) works are defined by incredible intellectual depth and honesty. His musical expressions of heroism and struggle mirror his personal tragedies, including the loss of his hearing and a tumultuous family life.

This year, we’re celebrating what would have been the legendary composer’s 250th birthday with a new Special Edition journal.

The autograph manuscript on the cover is from Violin Sonata No. 10 in G Major, Beethoven’s final violin sonata. It was written in 1812 for Pierre Rode, the greatest French violinist of the day, and first performed by Rode and Archduke Rudolph, to whom the work is dedicated. Today, the composition can be found at the Pierpont Morgan Library in New York.

We originally released this composition as an Embellished Manuscript in 2007 and now, 12 years later, we are pleased to bring it back as a Special Edition commemorating Beethoven’s 250th birthday.

Beethoven’s 250th Birthday is available as:

It’s a Plaid, Plaid World This Spring at Paperblanks!

Robyn @ Paperblanks - April 28, 2015 2
If you love this classic pattern as much as we do, you will go stark raving plaid for our trendy, yet timeless, Mad for...