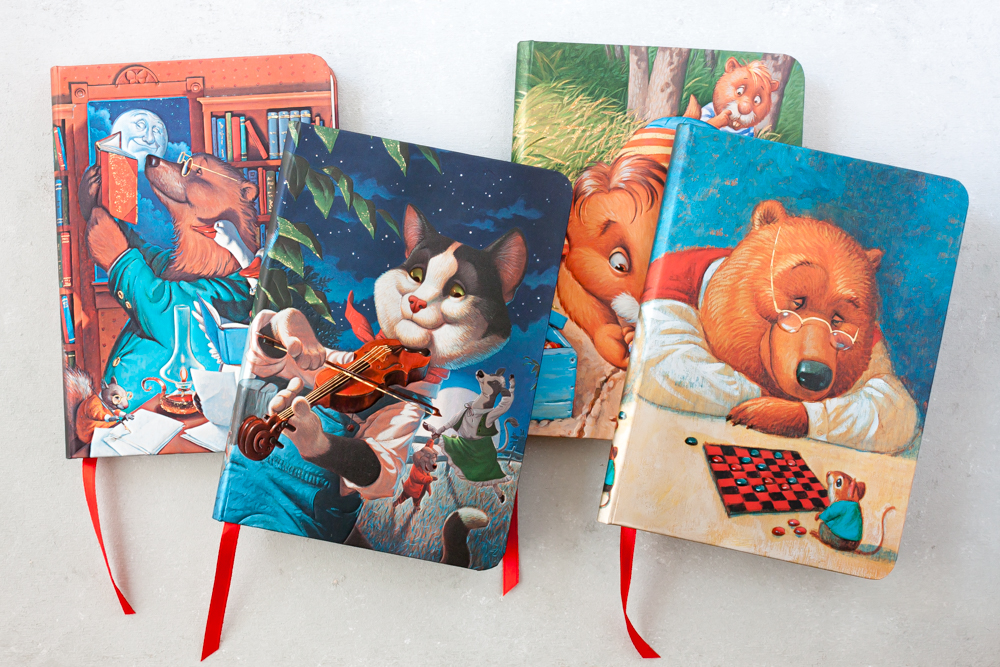 Our new Merrymakers series brings a cast of childhood characters together on four fun journal covers featuring the art of Tim Bowers, a popular children’s book artist and storyteller.

Born in Ohio, USA, Tim studied at the Columbus College of Arts and Design to prepare himself for a career as a professional illustrator. After producing promotional imagery for a commercial illustration studio, he joined Hallmark Cards, helping to establish the company’s popular Shoebox line of humorous cards before moving into the world of children’s literature. 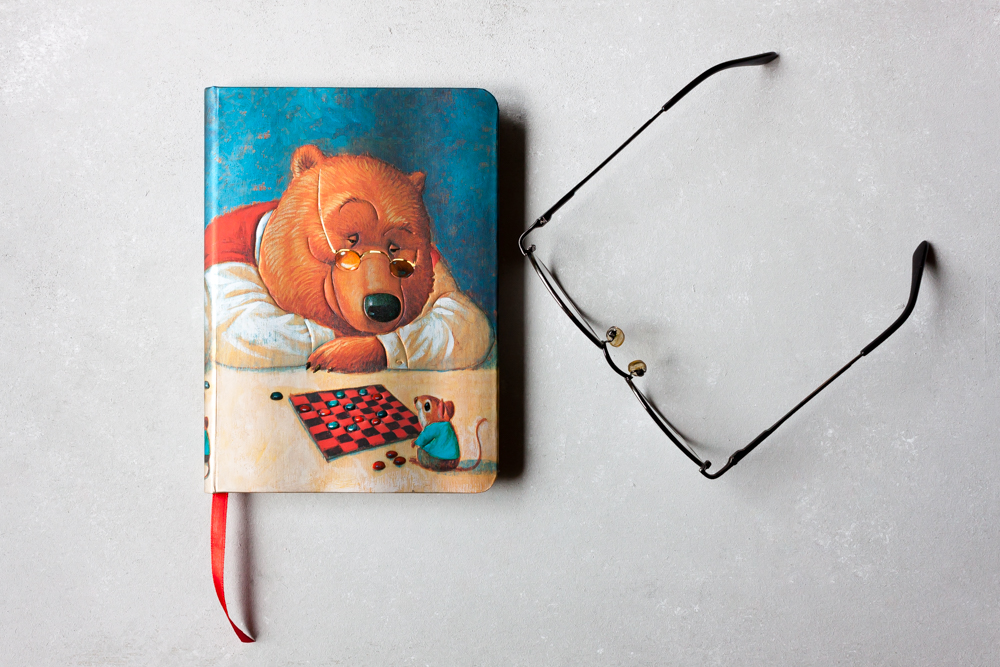 Since the 1986 release of the first book featuring his illustrations, Tim has collaborated on several dozen books, many of which have received awards, including two titles that made the New York Times bestseller list. In 2011 he partnered with Olympic gold medallist Kristi Yamaguchi on Dream Big, Little Pig! 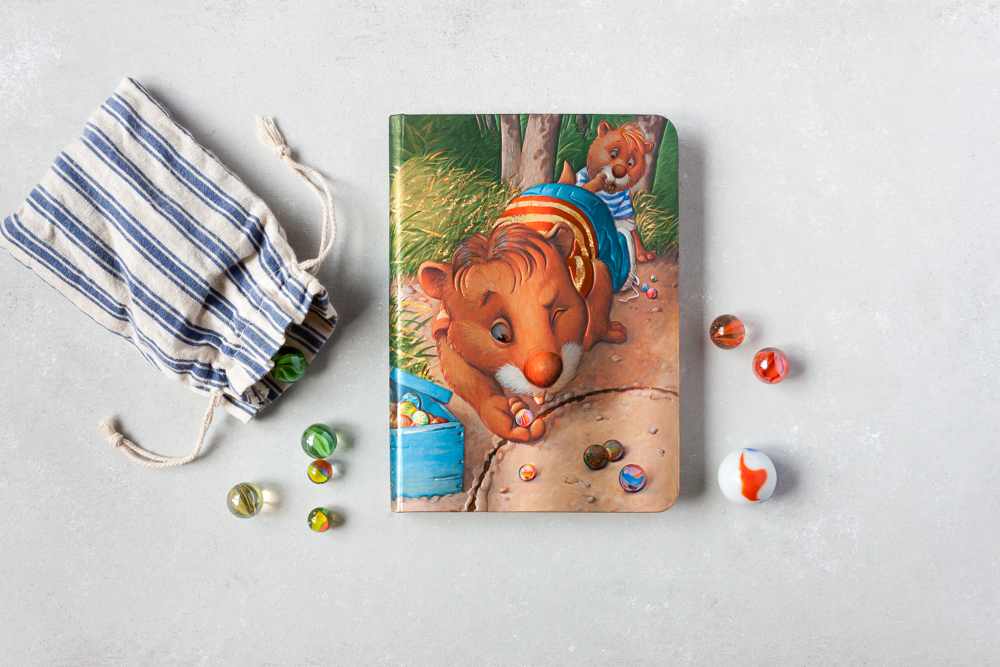 More recently, Tim has been working in the genre of miniature painting, creating small stylised portraits of animals with his familiar touch of humour, such as these four covers. According to the artist himself, what is most interesting about capturing children’s stories in lively, colourful images is that he gets to experiment in combining imaginative ideas and realistic details. 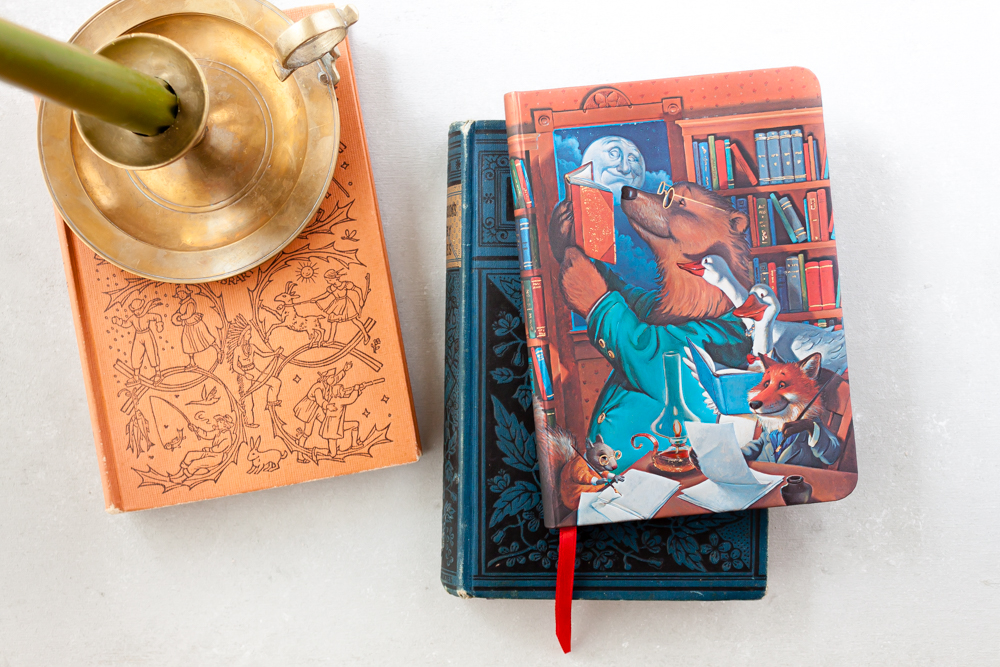 We hope these delightful Midi format journals will help you rediscover the joys of playtime and storytime.

Your 30 Favourite Designs of All Time

Robyn @ Paperblanks - March 12, 2022 10
As part of our 30th anniversary celebrations, we recently asked our Instagram followers what their favourite Paperblanks cover design of all time is. And...