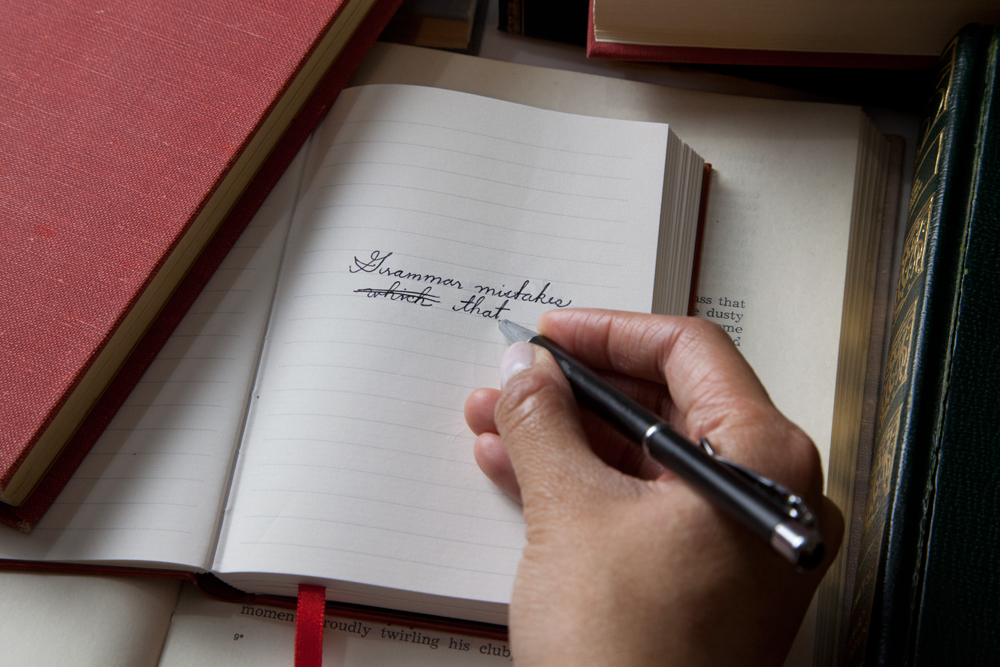 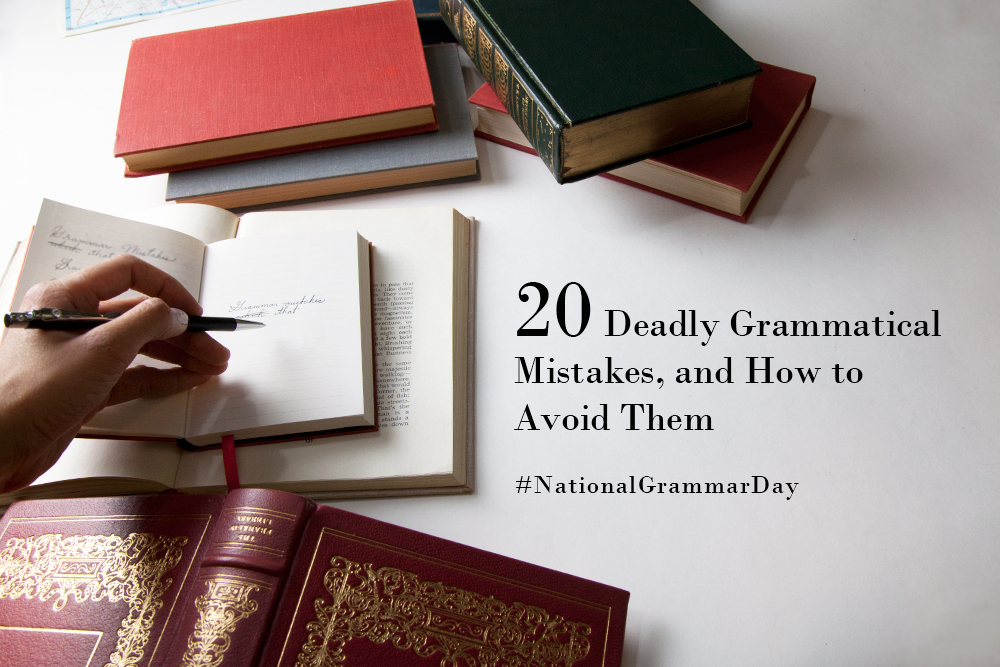 If you have ever unfollowed someone on Instagram because they captioned a post “Standing in front of John and I’s new house,” then you can probably spot many of the grammar mistakes on this list from a mile away. But even the most grammatically prudent of us makes a silly mistake from to time, so before you lose followers (or simply lose face), take the time to refresh yourself on these commonly made mistakes. After all, National Grammar Day is coming up on March 4th…

“Our products are better/smarter/faster/prettier” begs the question, “than what?” Whenever you use a comparative adjective (as opposed to regular or superlative), you need to find something to compare it against. So don’t make this type of claim unless you are prepared to back it up.

Though “their” is becoming more and more common as a singular noun (in an effort to maintain gender neutrality), it doesn’t mean it can be plugged into any sentence without worrying whether the antecedent noun is singular or plural. This usually comes up when you are speaking about one entity that is made up of many smaller ones. For example, “the company” is a singular noun, even though there are many different people making up said company.

3) Being Cute With Conjugation 4) Subject and Verb Disagreements – Part A

Similar to what we went over in #2, subject/verb disagreements happen when you get mixed up between singular and plural nouns. This often happens with words like “nobody” or “everyone” – they sort of sound like they refer to many people, but in actuality they are singular nouns.

Incorrect: Everyone have to arrive by noon.

Correct: Everyone has to arrive by noon.

5) Subject and Verb Disagreements – Part B

An even more common mistake is to add “‘s” to the ending of plural words. The statement “there’s six lemons left” may not sound that egregious to most ears, but when you break it down and realise this person is really saying “there is six lemons left” the mistake becomes abundantly clear.

We’re going to hope nobody really needed this reminder…

“While walking through the woods, Amelia found a shimmering girl’s headband.”

Unless Amelia has definitive proof that the girl who lost the headband shimmers, you probably want to move “shimmering” between “girl’s” and “headband.” When using modifiers like adjectives and adverbs it’s important to make sure they are connecting to the desired noun or verb. Sometimes this will make you realise you neglected to include that important piece of the sentence altogether.

Correct: After setting sail, she was more optimistic about the day.

8) Adjectives as Adverbs (and vice versa)

In case there is any confusion here, let us remind you that an adjective (“good”) modifies a noun while an adverb (“well”) should be used to modify a verb (like “doing”).

Comma splices are a particular type of run-on sentence that tries to solve the problem of joining two independent clauses by simply throwing in a comma. This does not work. If your clause is complete, end your sentence and start again before tacking on the next one. If you really feel like you must keep the two independent points together, you will need to find a way to reword – a comma can’t do that for you.

Incorrect: John has five cats, he likes to adopt pets when he travels.

Correct: John has five cats. He likes to adopt pets when he travels.

Correct: John has five cats because he likes to adopt pets when he travels.

We’ve been over this before when looking at commonly confused words, but it doesn’t hurt to mention it again. “Less” refers to a lower number of something that cannot be quantified (e.g., worth) while “fewer” refers to an actual number. So unless your grocery store is really judging the merit of the items on your cart, they probably should have hired an English major to make their signs.

When saying the conjunction “should’ve,” it’s easy to assume the “-ve” noise comes from the hard “f” in “of.” But, that would be a mistake. Before writing out “should of,” take a second to think about the one-word version and how you would spell it – and you’ll remember that you “should have” used “have” instead.

If you don’t see what’s wrong with this image, check out our guide to the three most commonly misused pieces of punctuation.

“Hanged” and “hung” are both acceptable past tense versions of the verb “to hang,” but they have very different uses. “Hung” is the regular past tense version that should be used in all scenarios (for human beings or inanimate objects) when death is not the intended outcome. As soon as a person is being put to death by being suspended by the neck, it becomes “hanged.” So while you could sentence a criminal to be hung, that wouldn’t be a death sentence so much as a possibly unpleasant experience being suspended in the air.

Incorrect: Pretty much everything said by the character in green.

Correct: “Steve and I weren’t anywhere near the school at the time… You’re coughing up blood! I didn’t know allergies could cause such a bad effect! Are there others like you? Looks like it’s getting worse! How specific do these errors have to be?”

Good Luck Out There!

So you’ve read through the list and checked it against your writing, and you’re feeling good… Your grammar has passed the test and maybe you’re even ready to make a pun-ny joke about it. That’s great! But you’re not out of the woods yet. Even once you’re feeling grammatically confident, there are always these 25 commonly confused words to watch out for!

Robyn @ Paperblanks - December 2, 2015 2
We are pleased to be able to bring back guest blogger (and freelance writer, editor and translator) Andrea Marvan for another Writing Wednesday. If...