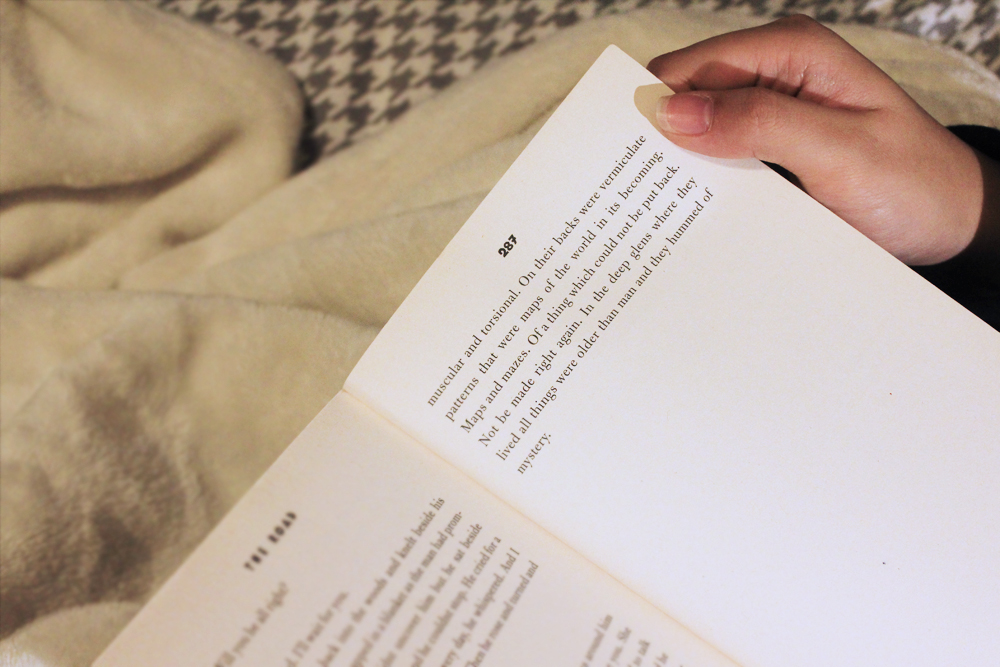 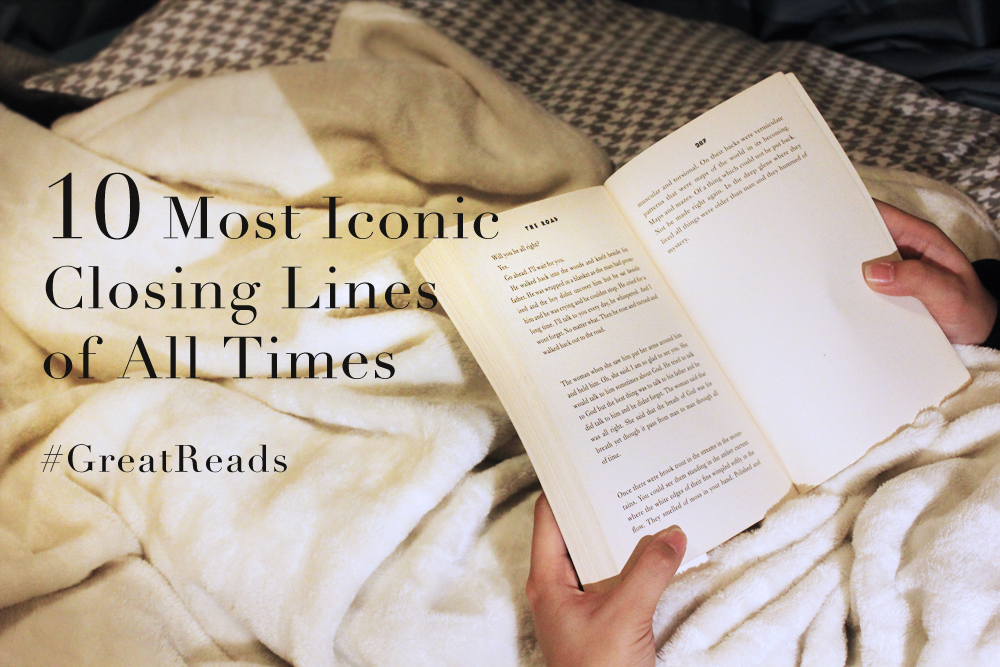 If the opening line of your novel is incredibly important because it’s what entices readers to read the rest of the book, then the closing line is even more weighty as it’s what convinces them to seek out your other work!

In the past we’ve taken a look at what goes into crafting that perfect opening line, but we’ve neglected to follow through to the end. To inspire you to seal the deal on your next closing statement, we’ve gathered up ten of the most iconic endings of all time.

What will you learn from each one and apply to your own writing?

Water may be older than light, diamonds crack in hot goat’s blood, mountaintops give off cold fire, forests appear in mid-ocean, it may happen that a crab is caught with the shadow of a hand on its back, that the wind be imprisoned in a bit of knotted string. And it may be that love sometimes occurs without pain or misery.

Why it works: It neatly sums up the lessons learned by Quoyle, the protagonist, and ties them together with the main themes of the book (love, knots and water). Ending on a hopeful note after what had been a fairly bleak story also leaves the reader feeling like it was all worth it, and gives a sense of completion.

Why it works: It’s simple, and it hurts. We’ve spent the entire book with Winston fighting against Big Brother, and to have it all end up with him giving up and giving in is the ultimate heartbreak but really, the one way the book could have ended.

So we beat on, boats against the current, borne back ceaselessly into the past.

Why it works: It sums up the entire novel in a singular, memorable sentence. The theme of trying to move forward but being compelled to relive the past is prevalent throughout the work and this ending perfectly captures that optimistic pursuit of the impossible American Dream.

4) Gone with the Wind, Margaret Mitchell

After all, tomorrow is another day.

Why it works: Because it’s true. Without knowing it, Mitchell invented a new adage that has entered into common usage. It’s the perfect ending to this book because it acknowledges that life does go on, in the simplest most memorable way possible.

5) To the Lighthouse, Virginia Woolf

Yes, she thought, laying down her brush in extreme fatigue, I have had my vision.

Why it works: It’s “meta,” without being cute about it. In writing this, Woolf not only sums up the experience of her painter character Lily Briscoe, but also of herself, the author.

Lastly, she pictured to herself how this same little sister of hers would, in the after-time, be herself a grown woman; and how she would keep, through all her riper years, the simple and loving heart of her childhood; and how she would gather about her other little children, and make their eyes bright and eager with many a strange tale, perhaps even with the dream of Wonderland of long ago; and how she would feel with all their simple sorrows, and find a pleasure in all their simple joys, remembering her own child-life, and the happy summer days.

Why it works: Well, it begins with “lastly” which tells you right away that things are wrapping up. But it also reflects on Alice’s journey, reminds us why Wonderland is important and, tellingly, sets up for future stories of Alice’s adventures “through the looking-glass.”

He was withered, wrinkled, and loathsome of visage. It was not till they had examined the rings that they recognized who it was.

Why it works: There was no way Gray was making it out of this novel alive, and this conclusion ends his destructive reign and gives him the ultimate comeuppance. His true self has been revealed and, in his death, a small justice has been served.

Why it works: Orwell was a master at sticking the landing. His novella Animal Farm uses the relationships between livestock as a brutal allegory for the cults of personality and dictatorships that had taken over Europe in the early parts of the 20th century. His last sentence sums up the truism that “absolute power corrupts absolutely,” and is a firm reminder for all of us to keep alert when one group gains too much influence over the rest.

The offing was barred by a black bank of clouds, and the tranquil waterway leading to the uttermost ends of the earth flowed sombre under an overcast sky – seemed to lead into the heart of an immense darkness.

Why it works: Conrad’s 1899 novella ends the same as it began – with Marlow sailing into the dark unknown. Couple that perfect full circle plot with Conrad’s eloquent and exciting prose, and there’s a clear reason why this short book remains so influential.

The scar had not pained Harry for nineteen years. All was well.

Why it works: After seven increasingly larger tomes detailing the life of Harry Potter and his Hogwarts cohorts, Rowling chose to sum them all up with a happy ending. Harry spent those stories battling against evil while carrying the pain, both physical and metaphorical, of his scar and so the last line of the seventh book’s epilogue offers a well-earned sense of victory for the wizards, and Rowling’s readers.

Which closing lines have stuck with you? 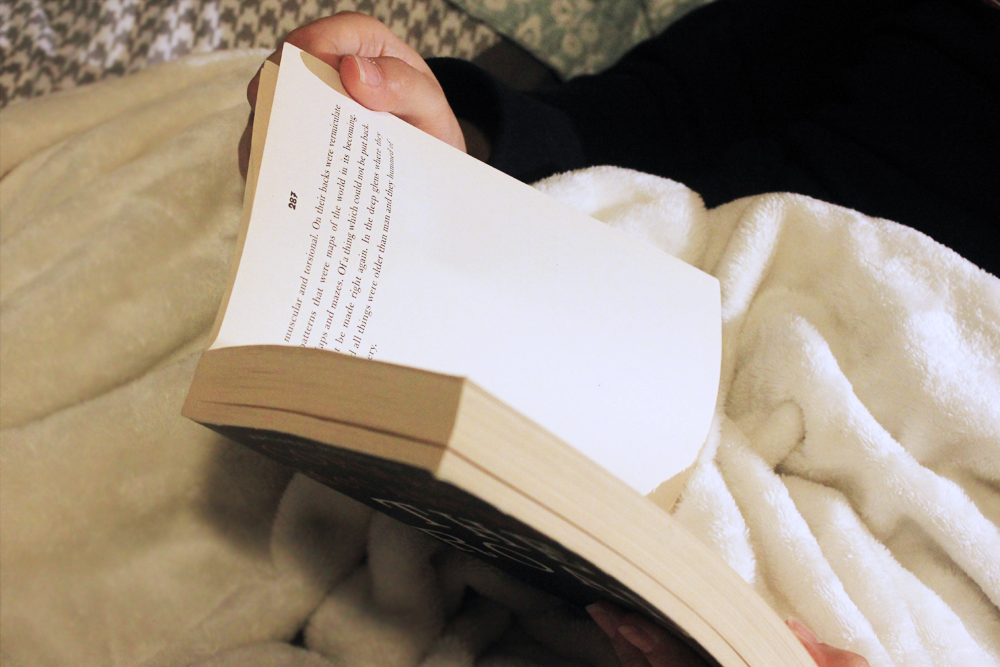 Andrea @ Paperblanks - August 19, 2021 0
An industrial building in California, a field of wildflowers in the Pacific Northwest, a farm in Louisiana or a lush garden in Ohio: all...