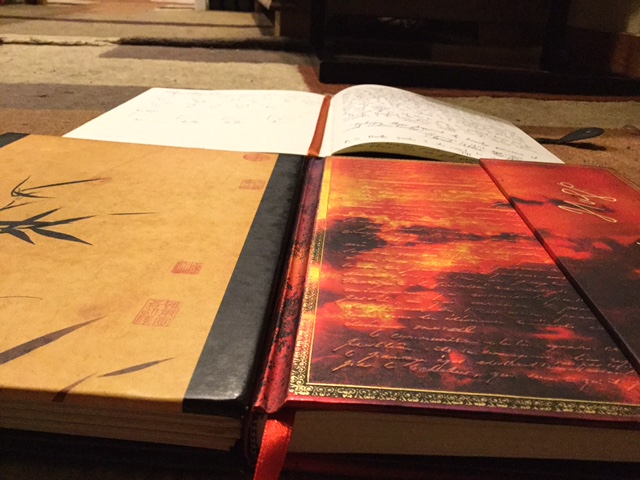 Today, we’re catching up with Lauren Lola, a writer whom we first met five years ago. Between writing two novels and getting into theatre and social activism, she has definitely been keeping busy these past few years! Check out what Lauren has to say about how her style and goals have evolved over the past five years, and what inspires her to keep writing. 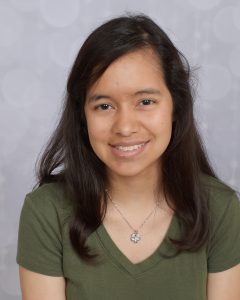 Education: I have a B.A. in Communication and a minor in Theatre from California State University, East Bay.

Creative Works: An Absolute Mind, A Moment’s Worth, The Shadows (A Short Story)

Favourite Quote: “You don’t depict fate, you depict will. Even if fate exists.” Hayao Miyazaki

Passions: Thoughtfully written, well-crafted books. Films that aren’t adaptations or remakes. Independent artists (especially in the mediums of literature, film, music, online content, etc.). I relish in the rare instances where I actually am able to get someone involved in a deep, meaningful conversation.

I’m all for expanding the bandwidth of stories if it means representing people beyond the typical, heroic straight white man. We’re in an interesting time in that regard, as progress is surely happening. Now if only it can just speed up a little…

Many thanks to the #OaklandAsianCulturalCenter for this BEAUTIFUL print of my #haiku.

2) We first talked to you five years ago, when you were in college and also working as a freelancer. How have things changed for you in the past few years?

A lot has changed! I’ve since graduated from college and I no longer freelance for that publication I was writing for at the time (though to freelance again would, in my mind, be a grand adventure worth tackling).

I’ve been getting a lot more involved in observing, analyzing, and crafting how the media portrays certain demographics; specifically those of the Asian American and mixed race communities. I’ve helped put shows on featuring artists on the rise and film festivals highlighting some of the best in Asian and Asian American cinema.

Along the way, I’ve finally started getting my voice out there even more through my writing; from think pieces to personal essays, and even novels! It’s been a thrill of a half decade for me, and I can only imagine all that has yet to come.

3) You’ve published two books during these past few years, too – that’s impressive for even the most seasoned writers! How did you go about making this happen?

That’s what a lot of people have been telling me… or, at the very least, something along those lines. I turned 25 just last month and people are often stunned to learn that I published two novels before then.

I’ve been writing and telling stories for as long as I can remember, and while I knew I wanted to eventually write novels, I just did not think I would start doing so when I did. In fact, at the time of my previous interview with you guys, I was in the midst of a major creative block, and I think a lot of it had to do with pursuing a major in college where, yes, there was a lot of writing, but not so much creatively. I felt stuck and I needed a way out.

The summer before my junior year of college, two things happened: 1) One of my favorite actors (and now authors), Chris Colfer, published his debut novel, and 2) I got to witness a number of amazing artists tackle their passions, when I joined a non-profit movement that specializes in enhancing visibility of Asian Americans in entertainment.

Both of these encounters led to me cracking my block, and by that fall, I had come up with the ideas for what are now my first two novels.

#TBT: July 24, 2012. I can’t believe it’s been two years since I saw him the first time. You want to know the weird part? He was my age when he released his first book too. @hrhchriscolfer #tlos #amw #22 #writers

4) You’ve also started a blog (Lola by the Bay) with a series of posts called “From Within the Mind,” which covers the creative process of writing a novel. Is it important to you to inspire fellow writers and be a part of a larger writing community?

I just wrapped “From Within the Mind.” That was a month-long series I did where I revealed a few “behind-the-scenes” details on the making of my newest novel, An Absolute Mind.

To answer your question, I think it’s important to inspire fellow writers and be part of a larger writing community. While it’s not necessarily an obligation, it feels wise to do so anyway, to provide an example for those who’re interested in pursuing the same path. How often do you come across people who have worlds inside their heads? It only seems right to stick together and share the passion.

Though to be honest, I’m not 100% sure what – if anything – I’ve done in the ways of inspiring my fellow writers, mainly due to my age. However, I feel I must be doing something right if my dad, who’s also a writer, has openly confessed to the 100+ people he e-mailed when An Absolute Mind came out on how he “better get off [his] backside and get things done as well.”

5) Themes of time, interpersonal connections and human creativity seem to come up in a lot of your writing – would you say you are especially drawn to exploring these subjects?

I think so. Those themes are – and can be – so very intimate and enlightening, depending on how you convey them. I’ve never been a religious person, but there are philosophies and thought experiments that I do believe in, and these themes are among them.

I like exploring deep thoughts in my creative work; especially if I can incorporate them in a way that feels like something that’s always been there, and yet is kind of different.

6) Has anyone, or anything, in particular inspired your creativity and artistic passion?

The passion has always been there. There was never an epiphany where I thought, “Yes, this is what I want to do!” I’ve always had the drive to create for as long as I can remember.

It’s just that on this journey, I stay motivated by looking to the various storytellers I admire. I’ll read their works, watch their films, and listen or watch interviews with them on their creative processes. I’ll be inspired by their passion and excitement for what they do, as a way to inform myself that, yes, what I’m doing is worthwhile, even if it doesn’t always seem like it.

7) Are you still using a journal to record your personal and creative writing?

Yes, I’m still writing in journals, and yes, some of them are from Paperblanks. I feel that I’ve been confiding in my journals more and more as time goes on, especially last year when there was just so many crazy things going on in the world. You can probably imagine just how much I’m writing these days with the state my country’s current political climate is in. My journals keep me sane.

I’ve also been keeping quote books within the last five or so years, and you’ll definitely find some of the mini Paperblanks journals among my slowly growing collection. It’s just a way of documenting and keeping close the insightful words uttered by brilliant minds of this world and others, from the past and present. 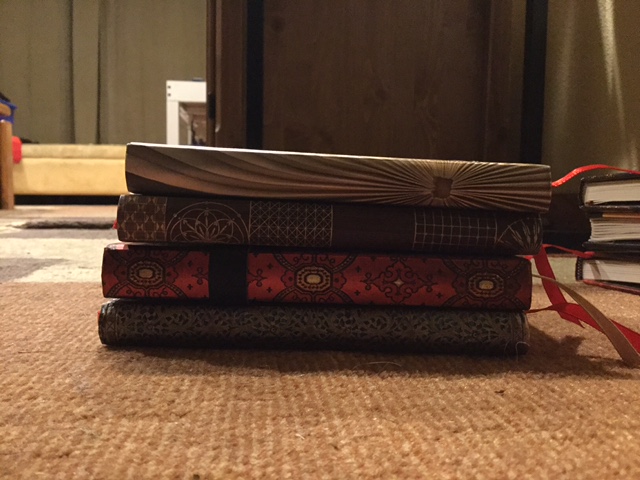 I am, yes! I am involved in a stage production that’s happening next month at San Francisco’s Bindlestiff Studio called “The Geek Show.” It’s a theatrical love letter to the geek culture, via skits, comedy sketches, and video pieces about the ups and downs of being a geek in today’s time. I did some writing for the show. I wrote a video piece and two skits (one of which I was a co-writer for). It’s been a long time since I last wrote for the stage, and so I’m pretty excited for people to see this.

I’ve also started working on my third novel. I’m currently in the development stage for it, but I aim to start writing it by this summer. It’s definitely going to be a different beast than my first two novels, but I’m pretty excited for it. In fact, I already know what the title is! While it’s far too early to reveal what it’s about, what I will say is that plot-wise, I can best describe it as “Kung Fu Panda” meets “Princess Mononoke.”

For More from Lauren…

Check her out online!

Faye @ Paperblanks - January 1, 2010 1
"In her book On Writing, Annie Dillard tells of being asked by a reader “Who will teach me to write?” Her answer? The page, the page."