Endpaper: The Paperblanks Blog
Home Our Products Celebrate the Legacy of William Shakespeare with our Special Edition Journal 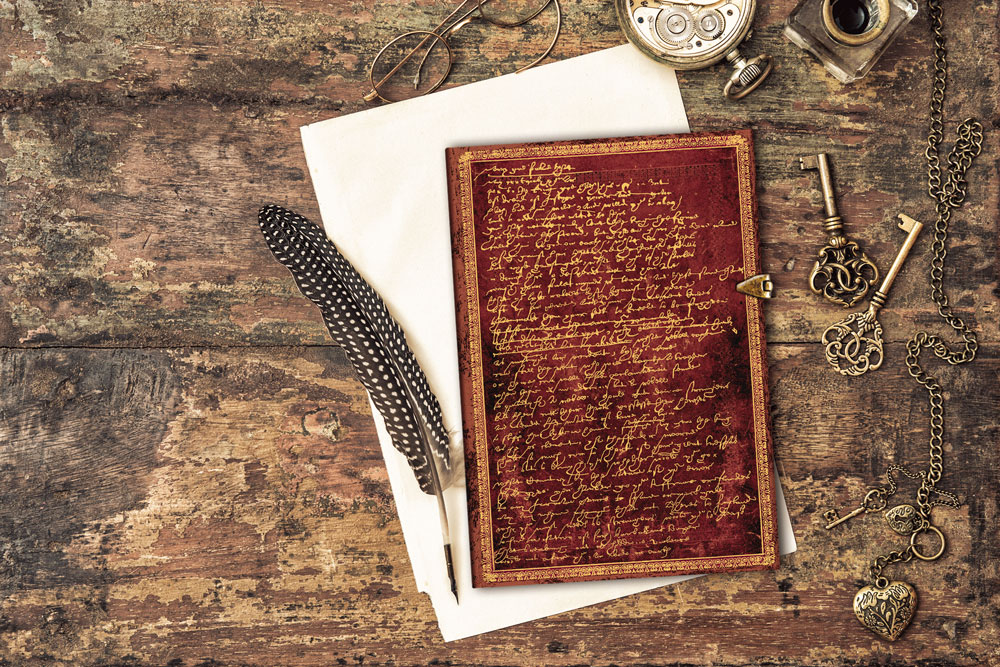 2016 marks the 400th anniversary of William Shakespeare’s death, and so this fall we are celebrating one of the greatest writers of all time with our first Paperblanks Special Edition journal. Featuring Shakespeare’s handwriting on the front cover and his portrait on the back, these Ultra and Midi journals are enhanced with book edge printing and clasp closures.

William Shakespeare (1564–1616) left us few traces of his handwriting. Because of this, his possible contribution to the handwritten manuscript of the play Sir Thomas More has been hotly debated over the centuries since it was written in 1595. Believed to have been scripted and revised by five different playwrights, the play was heavily censored upon its publication and never performed during its time. Despite the persistence of some dissenters, the play has been recognised as part of the Shakespearean canon since the mid-20th century.

Originally presented as part of our Embellished Manuscripts Collection, we are honoured to bring this remarkable fragment of Shakespeare’s handwriting back to the Paperblanks catalogue.

Paperblanks Team - February 19, 2013 0
Marinne sent us the following photo from her trip to New Zealand. It depicts her Paperblanks Schiller, Letter to Goethe journal. She told us...