Endpaper: The Paperblanks Blog
Home Creativity & Inspiration Writing Wednesday: 6 Authors Who Wrote Themselves Into Their Own Work 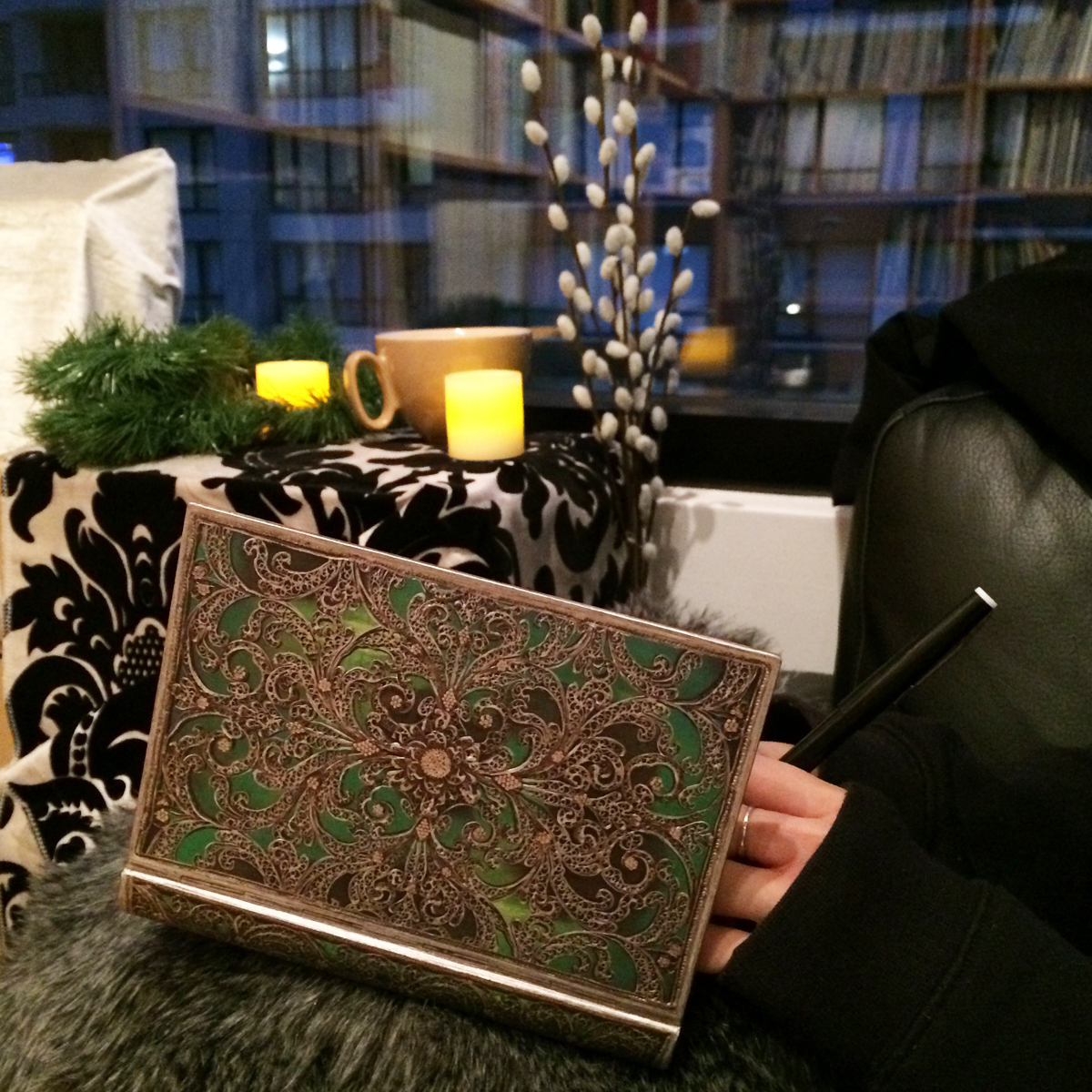 Building a rich and fully realized world for your next novel can seem like a daunting task. Not only do you have to worry about a little thing called “plot,” the people and places that surround the main story also need to be fleshed out. As you are developing your settings and characters you may take inspiration from things you have read about or seen on television, but more often than not what is going to work best can be found in your own life.

These six writers below knew the benefits of writing what they knew – so much so that they wrote themselves into pivotal roles in their own works! The next time you need some characterization ideas, why not follow their example and ask yourself what you would do in that situation?

The Work: Books six and seven of the Dark Tower anthology.
The Character: Stephen King as himself, an author writing about the gunslinger Roland’s world.
The Significance: In an ultimate piece of meta fiction, it turns out that King is not actually an author but a channel that exists to detail the gunslinger’s ongoing quest, making him a target for the Crimson King who attempts to kill him using an automobile crash (that actually mirrored an accident suffered by the real King).

The Work: The graphic novel The Alcoholic.
The Character: Jonathan A., a novelist suffering from addiction to booze, coke and even romance.
The Significance: According to the book’s cover, this Jonathan only bears a “passing resemblance” to the real life author. But it wasn’t the last time he created a similarly named character. In 2010 Ames moved from this 2008 work to the semi-autobiographical HBO show Bored to Death, which featured him as a writer moonlighting as a private detective.

The Work: Animal Man series from DC Comics.
The Character: Grant Morrison, the creator of Animal Man and “god” of his universe.
The Significance: A major part of Animal Man’s journey is discovering who he is and his place in the world, and what he discovers is that he and other DC characters are fictional. In fact, after suffering a personal tragedy, he even takes to task the man responsible, the creator of the comic his life is a part of – Grant Morrison. The Work: One of his most famous works, The Razor’s Edge.
The Character: The “real” Maugham pops up to interact with key characters.
The Significance: In the book, Maugham sits down with Larry, a traumatised World War One pilot and Edge‘s main character, to talk about spirituality and the Advaita philosophy. Maugham devoted an entire chapter to this conversation, a key turning point for Larry that leads him to discover God and become a saint.

The Work: Ellis’ 2005 “mock memoir” Lunar Park.
The Character: A drug-abusing, washed-up writer.
The Significance: From his feud with David Foster Wallace to his inability to keep his foot out of his mouth in interviews, Ellis is not exactly known for his modesty. So it should be no surprise that when he wanted to write a “rock star author” novel, he chose himself as the subject. Extremely poorly received, Lunar Park seems to be the breaking point in Ellis’s career, when he finally went from respected author to infamous celebrity.

The Work: The massive Middle English classic, The Canterbury Tales.
The Character: Chaucer, the narrator.
The Significance: Though introduced as “Chaucer,” it should not be assumed that the narrator actually represents the author himself. Hardly an objective observer, this Chaucer clearly allows his own prejudices of events and characters to shape how he describes the unfolding story. Either way, both Chaucers played a pivotal role in the development of English literature.