Endpaper: The Paperblanks Blog
Home Arts & Culture The Most Influential Poetry to Come Out of the World Wars 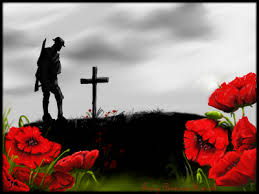 November 11th is an international day of remembrance of those who have lost their lives during times of war. Known as Remembrance Day in the British Commonwealth countries, Veterans Day in the United States and Armistice Day in Belgium and France, today offers a chance to reflect on the sacrifices made by entire generations of people who were affected by the World Wars.

A popular method of honouring those who fought is learning and reciting the poetry created during times of conflict. The poetry written by soldiers during World War I and World War II is an important part of human history and offers an intimate look into the experiences and psyche of the people directly involved. We’ve chosen three of the most enduring examples of War Poetry from the time period as examples of the lasting legacy these wars have had on our cultural consciousness. 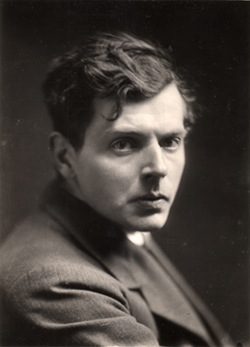 “The Target” by Ivor Gurney

As a soldier in World War I, the English composer and poet Ivor Gurney experienced both a shoulder injury on the front lines and the effects of a gas attack. These traumatic experiences exacerbated the symptoms of Gurney’s bipolar disorder and he spent the last fifteen years of his young life in and out of mental hospitals. His poem “The Target” is a haunting look into the conflicting emotions and motivations of a soldier.

I shot him, and it had to be
One of us ’Twas him or me.
‘Couldn’t be helped’ and none can blame
Me, for you would do the same.

My mother, she can’t sleep for fear
Of what might be a-happening here
To me. Perhaps it might be best
To die, and set her fears at rest

For worst is worst, and worry’s done.
Perhaps he was the only son. . .
Yet God keeps still, and does not say
A word of guidance anyway.

Well, if they get me, first I’ll find
That boy, and tell him all my mind,
And see who felt the bullet worst,
And ask his pardon, if I durst.

All’s a tangle. Here’s my job.
A man might rave, or shout, or sob;
And God He takes takes no sort of heed.
This is a bloody mess indeed. 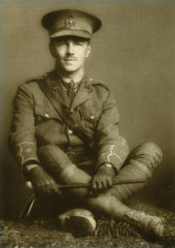 Possibly the most famous of the “War Poets,” Wilfred Owen wrote numerous poems and sonnets reflecting life during wartime. One of his most famous is “Dulce et Decorum Est,” a blistering takedown of the patriotic notion that it is “sweet and right to die for your country.”

Bent double, like old beggars under sacks,
Knock-kneed, coughing like hags, we cursed through sludge,
Till on the haunting flares we turned our backs
And towards our distant rest began to trudge.
Men marched asleep. Many had lost their boots
But limped on, blood-shod. All went lame; all blind:
Drunk with fatigue; deaf even to the hoots
Of tired, outstripped Five-Nines that dropped behind.

Gas! Gas! Quick, boys! – An ecstasy of fumbling,
Fitting the clumsy helmets just in time;
But someone still was yelling out and stumbling,
And flound’ring like a man in fire or lime…
Dim, through the misty panes and thick green light,
As under a green sea, I saw him drowning.

In all my dreams, before my helpless sight,
He plunges at me, guttering, choking, drowning.
If in some smothering dreams you too could pace
Behind the wagon that we flung him in,
And watch the white eyes writhing in his face,
His hanging face, like a devil’s sick of sin;
If you could hear, at every jolt, the blood
Come gargling from the froth-corrupted lungs,
Obscene as cancer, bitter as the cud
Of vile, incurable sores on innocent tongues, –
My friend, you would not tell with such high zest
To children ardent for some desperate glory,
The old Lie: Dulce et decorum est
Pro patria mori.

“In Flanders Fields” by John McCrae

The blood-red poppies of Belgium’s Flanders Fields are important and immediately recognisable symbols of remembrance. Written in 1915 by Canadian physician and Lieutenant Colonel John McCrae, the poem “In Flanders Fields” has become one of the most well-known works of poetry to come out of the World Wars, using the poppy field as a medium to represent the transition from death and war to the peace that follows.

In Flanders fields the poppies blow
Between the crosses, row on row,
That mark our place; and in the sky
The larks, still bravely singing, fly
Scarce heard amid the guns below.

We are the Dead. Short days ago
We lived, felt dawn, saw sunset glow,
Loved and were loved, and now we lie
In Flanders fields.

Take up our quarrel with the foe:
To you from failing hands we throw
The torch; be yours to hold it high.
If ye break faith with us who die
We shall not sleep, though poppies grow
In Flanders fields.

Paperblanks Team - July 20, 2012 0
For those of us who don't have the time or can't afford to visit Vatican City and take in the awesome beauty of the...