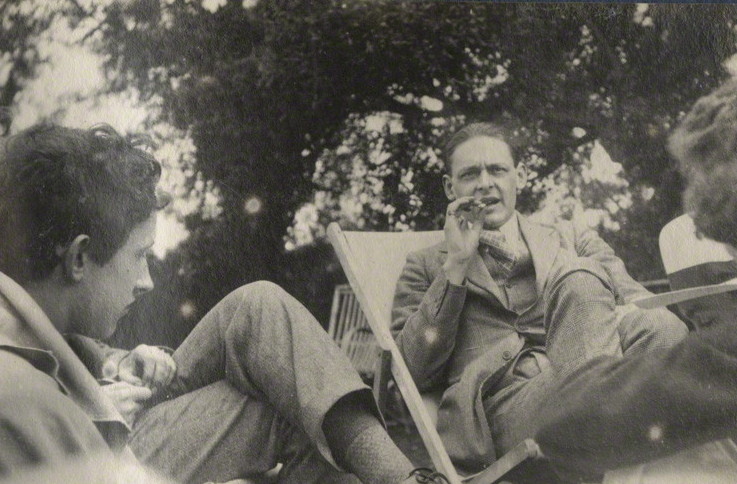 Nobel Prize–winning literary modernist T.S. Eliot would have celebrated his 125th birthday today, and though he has long since passed his legacy remains very much alive to this day. Even if you profess not to love poetry, there is no doubt that you have heard at least one of Eliot’s iconic works and likely even find yourself unknowingly quoting him from time to time. On this anniversary of his birth, we’re taking the opportunity to count down the top five most enduring T.S. Eliot quotations.

5) “Every Moment is a Fresh Beginning”

Have you ever needed a little pick-me-up and someone has reminded you not to worry because “every moment is a fresh beginning”? Well, you’ve been quoted some T.S. Eliot. Taken from his Tony Award–winning 1949 play The Cocktail Party (note: a previous version of the article indicated this was a 1935 play, mixing it up with Murder in the Cathedral), this line has been popping up on inspirational posters and self-help books (including being re-appropriated by Miracle of Mind Power author Dan Custer) for the past 78 years.

Update: Dave has let us know in the comments that this saying is actually more likely inspired by the poem “East Coker” from Four Quartets.

Any spy novel fans out there? If so, you’ve likely heard the phrase “wilderness of mirrors” used to describe the confusion of espionage (most specifically the Double-Cross System). First brought into the literature of counter-intelligence by James Jesus Angleton, this phrase actually comes from Eliot’s Gerontion, a 1920 dramatic monologue relating the opinions of an elderly man.

Have you seen and sung along to Andrew Lloyd Webber’s Cats? Then you also know the poems compiled in Eliot’s whimsical Old Possum’s Book of Practical Cats, on which the long-running Broadway musical was based.

2) “April is the Cruellest Month”

April is the cruellest month, breeding
Lilacs out of the dead land, mixing
Memory and desire, stirring
Dull roots with spring rain.

The opening lines of The Waste Land, published in 1922, are just a few of the famous poem’s most memorable. However, it is because these specific words have found their place in everyday conversation (especially when tax season comes around) that we have selected “April is the cruellest month” as the second most enduring T.S. Eliot quotation. With people often switching “April” and “month” for whatever is currently bothering them, this iconic line has entered the public lexicon in much the same way as has “I love the smell of napalm in the morning.” Even if you don’t think you know The Waste Land or Apocalypse Now, you’ve likely uttered some variation on these phrases in your lifetime.

One of Eliot’s most famous poems (and my personal favourite) is 1925’s The Hollow Men. The poem, in which he laments the emptiness of the modern man, holds his most iconic verse of poetry. The specific line “Not with a bang but with a whimper” has inspired everything from a short-lived British sitcom to Japanese literature to the music of Peter, Paul and Mary.

How has the writing of T.S. Eliot moved you? What lines do you find yourself quoting in everyday conversation?

How to Read Like Your Favourite Writers: Top Choices from 10...

Paperblanks Team - January 16, 2020 0
In our quest to read more in 2020, this week we are looking to some of our favourite authors for inspiration for the next...