Our Old Leather Foiled journal is quite popular in TV land! The timeless beauty of this “antique” book has once again been featured on the small screen, this time appearing on STARZ’ “Magic City”.

In the series finale, “Sins of the Father,” our Foiled journal was no minor player. Used as leverage by hotelier Ike (Jeffrey Dean Morgan) to convince Jack Klein (Matt Ross) to drop the charges against him, the Paperblanks® book was cast as “the key to governor’s office”! With the popular notebook making it’s way from Broadway to Miami, there’s no telling where Paperblanks® will pop up next!

Have You Spotted A Paperblanks® Book on The Screen? 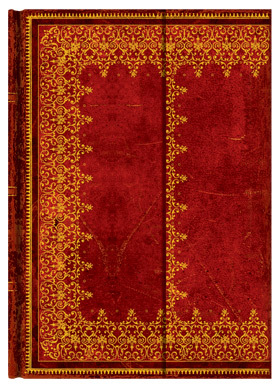 Paperblanks writing journals have appeared in movies, TV shows, music videos and other forms of media. If you’ve spotted any Paperblanks® screen appearances please write us in the comments section below or via our Facebook page or Twitter!