Endpaper: The Paperblanks Blog
Home People & Interviews Rembrandt van Rijn: A Pioneer Who Became a Master of His Medium 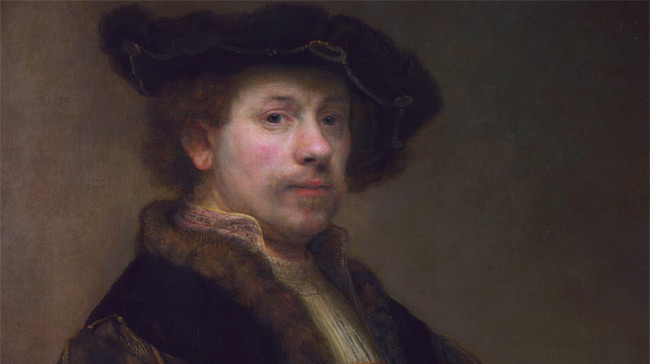 Undoubtedly one of the world’s greatest painters, Dutch artist Rembrandt van Rijn (1606 – 1669) was an equally accomplished etcher, a pioneer who became a master of the medium. Rembrandt would etch, or scratch, his pictures through a layer of resin onto copper plates, which were then immersed in an acid bath. The etched lines would become grooves which held ink to be printed onto paper in a mirror image. Rembrandt transformed etching as an art form through technical innovations and the development of his artistic skills. Extraordinary nuances of shade and detail as well as human emotion sprang from his unique lightness of touch.

Paperblanks has produced two journal covers in the past that reproduce Rembrandt’s work: The Windmill and Virgin and Child.

Rembrandt’s native Dutch landscape often provided him with inspiration for etchings, and The Windmill, completed in 1641, is no exception. The remarkable level of detail, varying textures and depths of tone of the buildings reveal the artist’s unparalleled draftsmanship skills.

Rembrandt portrayed both landscapes and people in secular and religious contexts in his etchings. He completed Virgin and Child in the Clouds in 1641, an image that captures spiritual ecstasy through remarkable subtleties of shade, tone and texture.

The Writing Routines of Great Authors

Paperblanks Team - May 30, 2019 2
We often hear of the importance of keeping to a routine. This is, however, particularly true for creatives who stick to their unique routines...