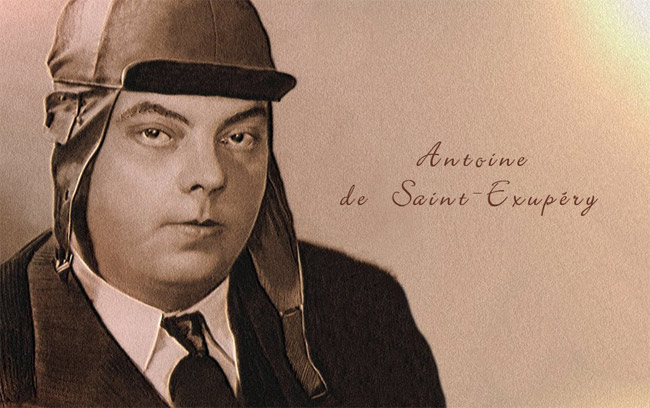 Antoine de Saint-Exupéry (1900–1944) was a man intimate with the mysteries of wind, sand and stars. He was one of the grand adventurers of his time but he is most famous today for his self-illustrated, philosophical story, The Little Prince, which tells of the meeting between a stranded pilot and a prince born on an asteroid.

Saint-Exupéry disappeared on a reconnaissance mission over the Mediterranean while flying for the Free French Forces in July, 1944. What exactly happened to him remains a mystery but decades later, his work continues to be read, a lofty legacy for any writer.

Original Manuscript Page by Saint-Exupéry; Recreated on a Journal Cover

Saint-Exupéry, Wind, Sand and Stars is available in two formats: Ultra and Mini.

Paperblanks Team - February 12, 2012 1
Abraham Lincoln (1809–1865), the sixteenth president of the United States, embodied the possibilities of young America. Born in 1809 to uneducated parents in a...