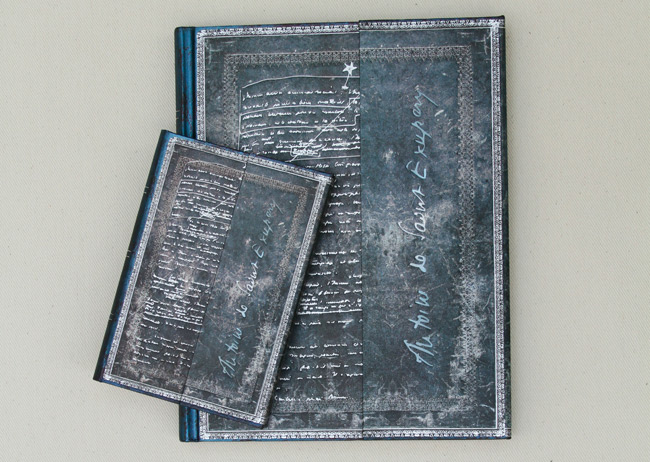 Joining the likes of Shakespeare, Freud and Van Gogh, Antoine de Saint-Exupéry is the newest artist to be given the Embellished Manuscripts treatment by Paperblanks! To inspire the writer, Paperblanks’ Embellished Manuscripts collection is comprised of unique journals that portray the work of some of the greatest writers, thinkers and artists of all time. These reproductions of excerpts from original manuscripts, letters, scores and drawings provide a glimpse into the creative process of these legendary figures.

Antoine de Saint-Exupéry was a man intimate with the mysteries of wind, sand and stars. He was a great aviator and adventure writer and his stories express his personal experiences as one of the pioneering pilots of his age. His notable works include “The Little Prince (Le Petit Prince) and for his lyrical aviation writings, including Night Flight and Wind, Sand and Stars.”

Relevantly, Saint-Exupéry disappeared on a reconnaissance mission over the Mediterranean while flying for the Free French Forces in July, 1944. What exactly happened to him remains a mystery to this day.

About Our Saint-Exupéry, Wind, Sand and Stars Cover

Shown on our cover is a page from Saint-Exupéry’s original manuscript for Wind, Sand and Stars, a classic in aviation adventure tales. The book was first published in France in 1939 and won several prestigious awards. 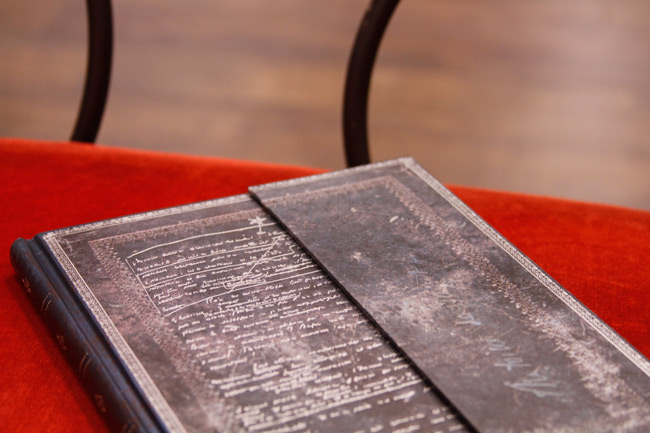